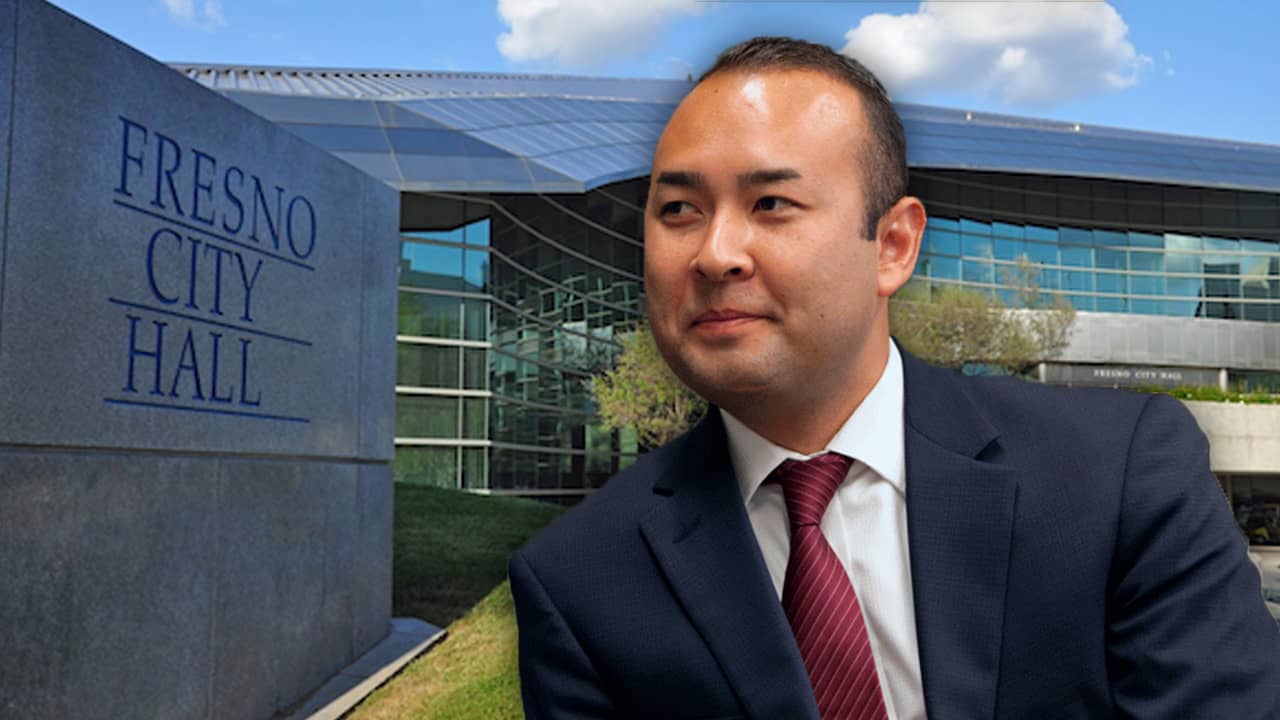 Andrew Janz says a proposed policy by the Fresno County Board of Supervisors is aimed to prevent him running for Fresno mayor.
His campaign sent his employer, Fresno County, a letter arguing that forcing employees running for public office to take time off is illegal.
Janz and Fresno Police Chief Jerry Dyer are the two major declared candidates running for mayor. The election is set for March 2020.


“The Board of Supervisors would be committing a gross abuse of power, but also an illegal one should they pass this.” — Andrew Janz
Janz, a Fresno County prosecutor, said the authors of the rule — supervisors Buddy Mendes and Nathan Magsig —  “made it specifically clear they are targeting” him.

The proposal was on the supervisors’ Aug. 6 agenda but got pulled at the request of labor unions wanting more time to examine the policy.
It would require candidates to take two-to-three pay periods off prior to the election.
When Janz ran for Congress in 2018, his detractors accused him of campaigning on the public’s time. His boss, District Attorney Lisa Smittcamp, shot down those accusations. During the current mayoral campaign, Janz has deferred any GV Wire inquiries until after work hours.
The policy has many exceptions, including current officeholders and department heads (like Smittcamp), those seeking offices that don’t pay a full-time salary (like Janz’s prosecuting colleague Bob Whalen — a Clovis City Council member which isn’t a full-time job), judicial candidates (like Janz’s former colleagues Robert Mangano and Billy Terrance who won judge seats last year) or those running unopposed.

“The Board of Supervisors would be committing a gross abuse of power, but also an illegal one should they pass this,” Janz said in a news release. “People should not be penalized for wanting to serve their community. I will not stand by and let this happen to myself or any other county employee who wishes to run for office. My wife is pregnant with our first child and losing our healthcare would be devastating and dangerous. I’ve always stood up for what’s right and this is no exception.”
Mendes, in a brief comment to Politics 101, didn’t think much of Janz’s letter.
“I thought it was very childish,” Mendes said. He added that the proposal may come back for a vote, but he provided no specific date.
Magsig said the policy does not target any one individual and that the proposal responds to community concerns about candidates running for office on county time.
“It is meant to apply to everyone equally to provide flexibility to the employees,” Magsig said. He noted that it applies to many of the 7,300 county employees who hold elected office for positions like school boards and special districts. He said state law prevents them from setting regulations on current elected officials.
The Central Labor Council is backing Janz in opposing the proposal. Janz said his campaign would take legal action if necessary.

The county, through counsel Daniel Cederborg, responded to Janz’s campaign manager Mari Harren on Thursday afternoon.
“Unfortunately, you apparently have been very misinformed regarding the factual background around this proposal as well as its practical and legal effect,” Cederborg wrote.
Cederborg said the policy is needed to create uniformity with all county employees and does not target any individuals. However, he did reference Janz’s earlier congressional bid.
The letter said Janz requested up to 60 days off to run, but department policy would not allow for more than 30, upsetting him.
“Now Mr. Janz appears to favor the existing County policy when it is convenient for his publicity needs. It is disingenuous that Mr. Janz is now complaining about any effort to formalize rules related to leave for employees seeking public office that would allow for the type of extended leave he initially sought for himself,” Cederborg said.