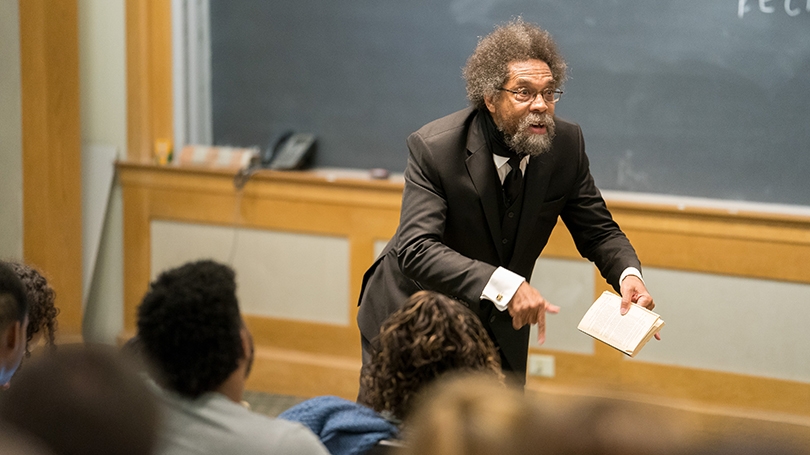 Intellectuals often don’t command much public attention in the United States these days.
One of the exceptions is Cornel West, whose willingness to tackle the difficult subject of race in America, has propelled him to prominence across college campuses and multiple media platforms.


“I must feel the fire of my soul so my intellectual blues can set others on fire.” — Cornel West
West, a professor of philosophy at Harvard, will speak Tuesday at noon in the Old Administration Building at Fresno City College. A meet-and-greet will follow. Admission is free.
“I have tried to be a man of letters in love with ideas in order to be a wiser and more loving person, hoping to leave the world just a little better than I found it,” West says

He has authored 20 books and edited 13 more. He perhaps is best known for his classics, “Race Matters” and “Democracy Matters,” and for his memoir, “Brother West: Living and Loving Out Loud.”
His most recent book, “Black Prophetic Fire,” examines 19th and 20th century African American leaders and their visionary legacies.
In his memoir, West writes, “I must feel the fire of my soul so my intellectual blues can set others on fire.”
West is a frequent guest on HBO’s “Real Time With Bill Maher,” CNN, C-Span, and Democracy Now. He made his film debut in “The Matrix.”
His appearance is sponsored by the FCC Speakers Forum and the California Endowment.