Singh, 26, was formerly employed by the Clovis Police Department in the non-sworn civilian position. 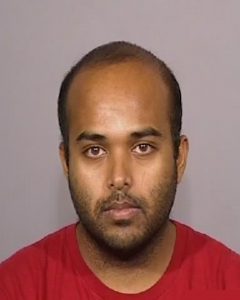 In a news release, police said that Singh was released from probationary employment in July. The dismissal was unrelated to the investigation leading to Singh’s arrest, police said.

The family of the alleged victim, who is under 14, contacted Clovis detectives Sunday.

Detectives were told that Singh met the alleged victim in 2015 while working at a summer camp. Police said that the first act of sexual abuse occurred in 2017 and totaled more than 30 acts over time.

All of the alleged acts of sexual abuse occurred while Singh was off-duty and not acting in his capacity as a city employee, police said.

Anyone with information regarding the case is asked to contact detective Ryan Swank at 324-3425.