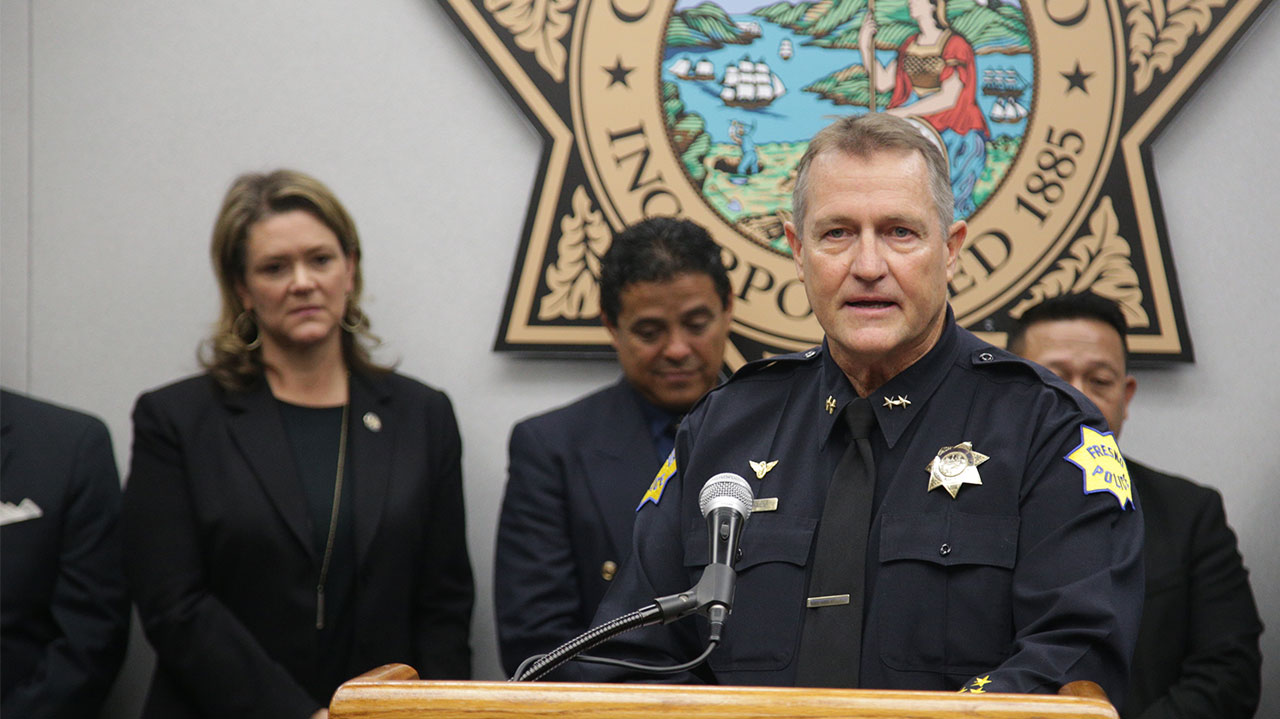 Andy Hall learned he would be named Fresno’s next chief of police only two days ago.
The deputy chief ascended to the top position in the department without ever applying for the job. Hall said he received a call from the mayor’s office on 3 p.m. Wednesday.
“I did not know what the meeting was about. I walked into the office at City Hall. I met with the mayor, the chief, the city manager and (chief of staff) Tim Orman. At that point, they gave me their decision and they asked me if I would accept the position,” Hall recalled.
He accepted first, and told his wife later. She was shook up, Hall said, knowing this would change their plans for his last years in the department.
“When the mayor asks you to do something, you accept,” Hall said.


Hall praised Dyer as a mentor and friend in his remarks following the announcement. He also mentioned this wasn’t the expected outcome.
“All I’m asking for everyone involved in the (selection) process and the community, is to give me an opportunity to prove to you that I am the right person for this job at this time and allow me to gain your trust,” Hall said.
Hall would not go into specifics of his policing philosophy nor top priorities, but does believe in community policing and accountability.
He said community trust is vital “and the cornerstone of law enforcement.”

Until Dyer officially steps aside, Hall will serve as acting chief. Hall takes over in the role’s full capacity on Oct. 16.
Dyer previously announced he would be taking accrued leave time during his final weeks on the job, save for some speaking appearances.
Hall — a 40-year veteran on the Fresno police force — is slated for mandatory retirement himself by the spring of 2021. Brand, who is not running for reelection and is slated to leave City Hall in January 2021, vowed to pick Hall’s successor.
Hall said will step aside when another new chief is named “for a smooth transition.” Hall will then serve out his time with the department in an undetermined capacity until his retirement.
Brand said he will resume his police chief search in 2020, but did not say what that search would look like. 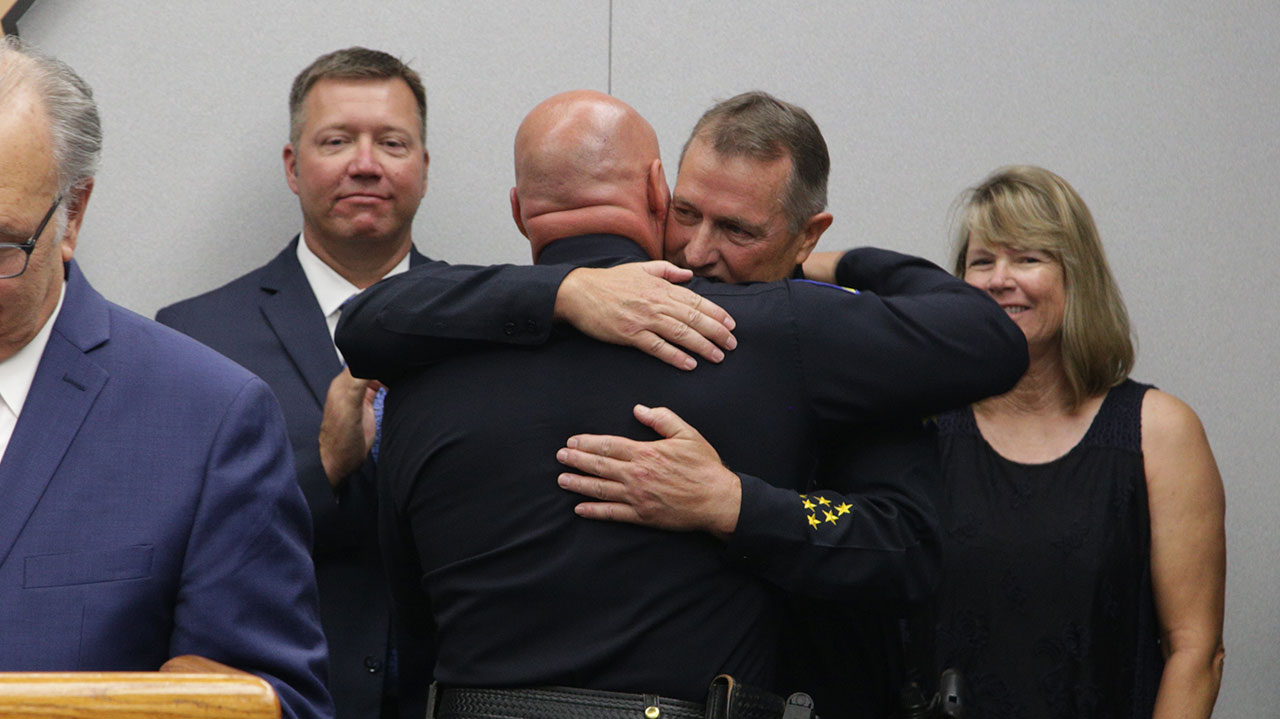 Brand called the process, which formally started in March, the “most transparent public search for a police chief in Fresno’s history.”
The city hired Torrance-based Teri Black & Company for $30,000 to help with a national recruitment for the next chief.
The city held six community meetings to hear from residents, and collected 1,200 comments from an online survey.
City officials selected five finalists from a pool of 22 applicants. The finalists were then interviewed on Aug.15 by a 18-person panel which included city officials, community members and law enforcement representatives.
The following day, four of the candidates returned for meetings with a panel consisting of Brand, Quan, Dyer, Orman, and Sandra Chavez Martin from the city’s personnel department.
The panelists were required to sign non-disclosure agreements, preventing them from discussing the search or the names of the candidates. Even after the process concluded, Quan said panelists would not be released from their agreements. She said continued confidentiality was needed to “protect the integrity of the applicants.”
Dyer also supported keeping the names of the candidates confidential.
The candidates were Fresno Deputy Chief Mike Reid, Fresno Captain Mark Salazar, Stockton Deputy Chief Trevor Womack, Selma Police Chief Greg Garner, and a fifth candidate from out-of-state whose name GV Wire could not confirm.

Finalists ‘Not the Right Choice’ for Community 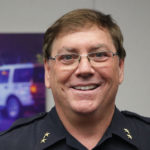 From Cadet to Chief

Hall, 58, grew up in Fresno and started with the police department as a cadet at the age of 18.
He worked his way up to captain, where he worked in the traffic bureau.
In 2016, Dyer promoted Hall to deputy chief, where he commands the department’s support division. There, he has overseen the support division, which includes traffic, as well as emergency response teams.

Brand’s office originally scheduled the hiring announcement to take place on the second floor of Fresno City Hall. Approximately two hours before, the location was switched two blocks away to the Annex.
Officially, Brand’s staff said it was a logistical issue. Plus, it is the same location the city introduced Jerry Dyer as chief 18 years ago.
That didn’t stop about 15 protesters, hoping to witness the announcement, from showing up. They were locked out of the building. Only media and invited guests were allowed in.
Andrew Janz, a Fresno County prosecutor and candidate for mayor against Dyer, criticized the process.
“This search has been botched from day one by the Lee Brand Administration. This is why I’ve been calling for a fresh start so we can implement a more transparent hiring process. The new mayor, and by extension the people of Fresno, should pick the next police chief,” Janz said in an email statement.


Related Story: Dyer, Janz and Smittcamp Meet. What Did They Talk About?

Councilman Miguel Arias also blasted the outcome.
“This decision shows a clear disregard for the months long community input process that so many members of our community contributed to. Appointing a chief that didn’t apply for the position, nor was interviewed by the community panel, is a slap in the face to the public and city council. All of us were promised ‘the most transparent and community driven process in the city’s history.’ Instead we have a repeat of the good old boy hiring process,” Arias said.
At the news conference, Quan said “I understand that some people and are frustrated or upset by this announcement. And, I respect those feelings. But I ask that they keep in mind, that this is probably the most important decision I will make as city manager. It is far too important of a decision to rush into or say ‘that’s good enough.’ To compromise for the sake of speed and closure, would be disrespectful to everyone who took the time to tell us what qualities and experience they were looking for in our next chief. And frankly, that would potentially put the safety of our residents at risk. And, I will not do that.” 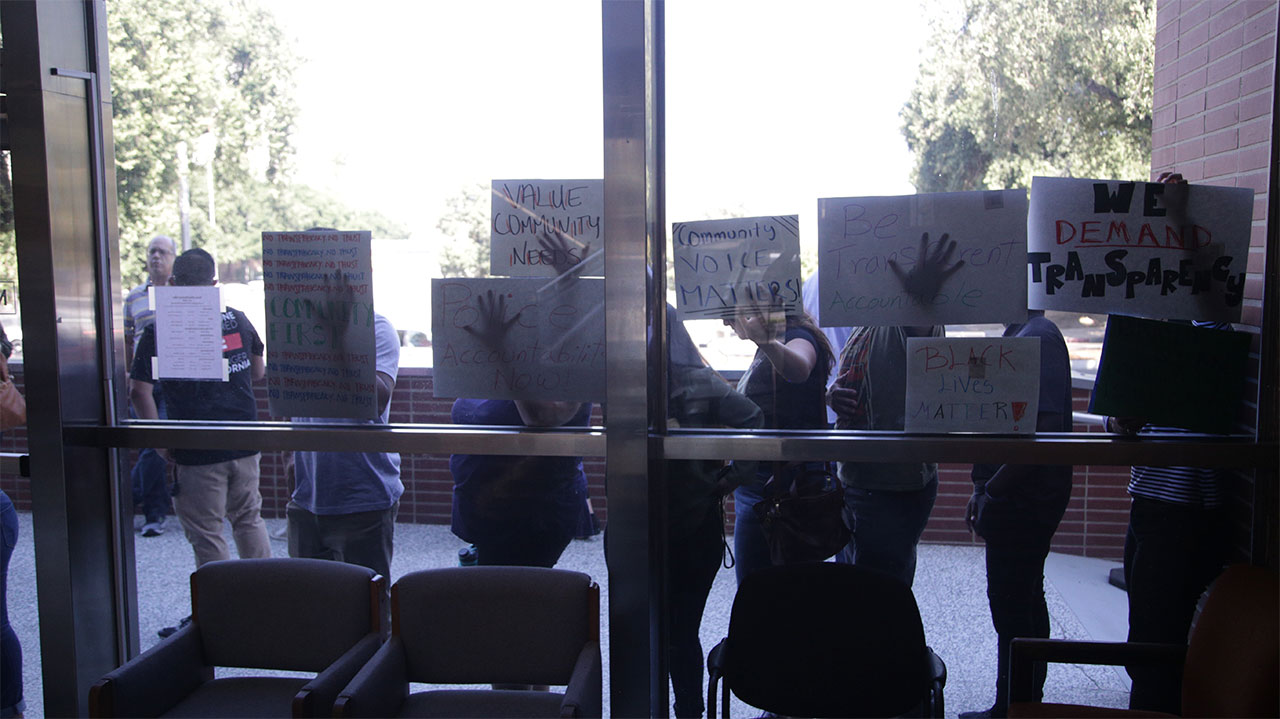 Fans Choose Sides in the 'Chicken Sandwich War' of Our Time