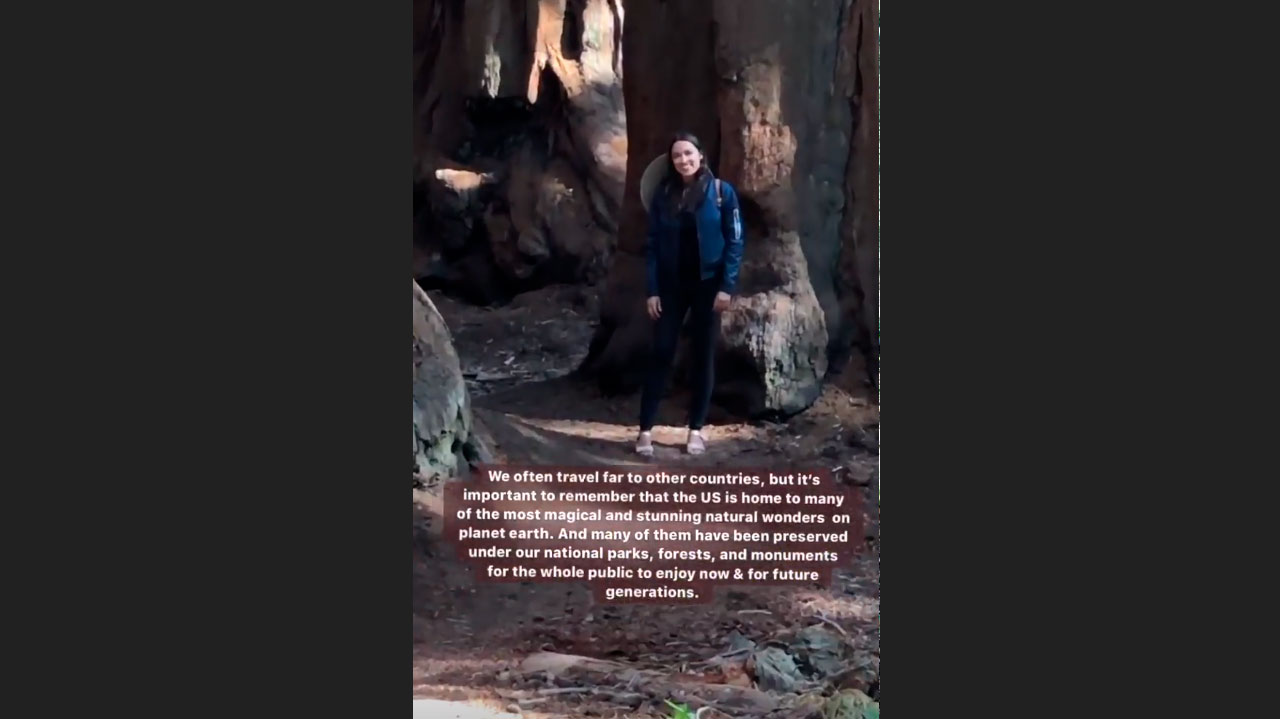 AOC mania is taking shape in the Valley.
Congresswoman Alexandria Ocasio-Cortez (D-New York) posted pictures and video on Instagram, showing her at Kings Canyon National Park. She also posted a video of her near The House trees at Giant Forest in Sequoia National Park.
The word is, she was spotted earlier this week in Three Rivers in Tulare County, more toward Sequoia. Various photos of her visit can be found on Facebook, albeit in private groups.

However, there was a sighting of AOC on Wednesday at Kings Canyon. She and a companion rented horses for a two-hour ride.
“We got her ready like any other guest for her ride. I didn’t even recognize her,” said the horse purveyor who did not want to be named.
The news of AOC’s commune with nature, first reported by The Fresno Bee, got many local Democrats excited. Members of the Fresno County Young Democrats tweeted requests for her to visit Fresno.

.@AOC is close by at Kings Canyon National Park! RETWEET to get her to come to Fresno!

There is no word if AOC received those messages (cell phone and internet access in Kings Canyon is known to be spotty).

AOC and Fresno made the news on Memorial Day, when the Fresno Grizzlies baseball club showed what was supposed to be a patriotic video on the stadium’s big screen. Instead, it showed Ocasio-Cortez’s picture as “an enemy of the state.”
The club said it showed the wrong version of the video, calling it an inadvertent mistake.
Despite the profuse apologies from the Grizzlies, the club lost sponsorship from Sun-Maid Raisins and beer brands owned by Heineken.
Fresno council members Miguel Arias and Esmeralda Soria visited with AOC in Washington a week later, bearing Grizzlies gifts.