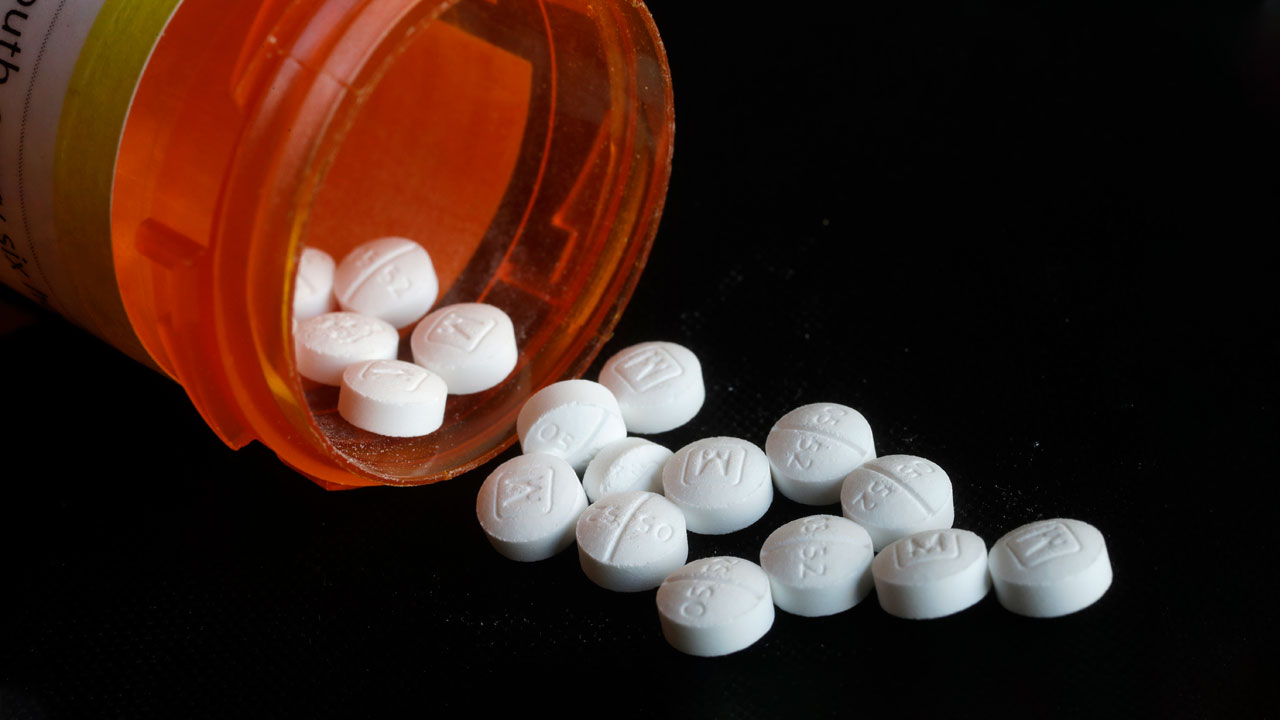 Too many parents can’t spot the signs that their child is using drugs and miss the opportunity to intervene before drug use becomes drug addiction, says Flindt Andersen, founder and president of Parents & Addicts in Need.
The nonprofit PAIN is hosting a town hall meeting Wednesday in Clovis to help parents and family members learn about the opioid epidemic and the signs of drug use. The meeting will start at 6:30 p.m. at the Clovis Veterans Memorial District auditorium, 808 Fourth St. Pastor Jim Franklin of Cornerstone Church will be the moderator.
Andersen, a recovering addict who founded the Fresno-based nonprofit in 2009, said that although opiate prescriptions and overdoses are declining, opioid abuse continues to claim victims.
At the town hall meeting, “we’re not going to touch too much on what is not being done, but we’re going to touch on what we can do to help schools districts and families in addressing this issue,” he told GV Wire.

Warning Signs to Watch For

Andersen said some of the warning signs of drug use that parents frequently miss include:

The addicted child also may show more aggression, Andersen said. “Depending on what drug they’re using they can be up or they can be down,” he said. “We all know that kids go up and down anyway, but this is pretty significant.
“Most of the time I tell parents to look to see if their child’s in a good mood or not, because most kids aren’t and so when they’re in a good mood you kind of want to ask yourself why.” 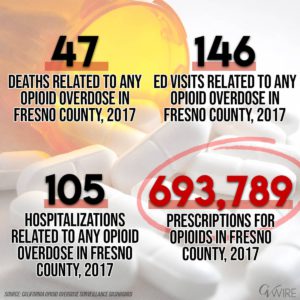 The California Department of Public Health reports that in 2017, the most recent year available, age-adjusted opioid-related death rates in Fresno County were highest in ZIP codes 93640 in Mendota and nearby western Fresno County, 93609 in Caruthers and the surrounding area, 93701 and 93721 in downtown Fresno, 93726 in central Fresno and 93611 in Clovis.
Andersen says he would have expected more deaths in Clovis. “Actually, that does surprise me a bit,” he said. “Ninety-three percent of our clientele went to a Clovis Unified School. And … I have been to 19 funerals in the last five years.”
But he was quick to note that Clovis is reflective of the opioid crisis in California and nationwide. “Absolutely — there is no question that this is not a Clovis Unified solely social problem,” he said.
Clovis Unified staffers plan to attend the town hall meeting, part of the district’s ongoing efforts to make sure its community is well-versed in wellness issues that include opioid awareness, district spokeswoman Kelly Avants said.

The district’s comprehensive wellness initiative has engaged parents, students, and community members with guest speakers and “doing a huge list of things to get the information in front of the students,” she said.
Clovis Unified views PAIN as a welcome partner in helping to educate the community but also to create a resource for families struggling with an addicted relative, she said.

Victims of Overdoses are Older

The state reported that of the 47 overdose deaths in 2017 in Fresno County, nine were ages 25 to 29, another nine were ages 60 to 64, and eight were ages 55 to 59.
Andersen said he wonders whether some overdose deaths of younger people might have been misreported as accidental poisonings. “The fact of the matter is that opiate overdoses and deaths are now much larger than car accidents and gunshots in the United States,” he said. “Even though it’s been going down.”
The federal Centers for Disease Control and Prevention reports that nationwide in 2017, there were 14.9 overdose deaths from opiates per 100,000 population, compared with 11.9 traffic deaths and 12.2 firearm fatalities per 100,000.
Treatment programs for addicts tend to be a month or less in duration, barely long enough for an addict to detoxify, Andersen said. To have the best chance of successfully kicking a habit, an addict needs to remain in treatment for one to three months and then enter outpatient treatment, he said.
“Until we change the treatment practices and until we can get parents on board with all of this, to start watching their children better, knowing what the signs and symptoms are, we’re just going to keep going along this same road,” Andersen said.

For the past nine years PAIN has hosted support meetings at St. Paul Catholic Newman Center on Barstow Avenue from 6:30 p.m. to 8:30 p.m. Wednesdays. The meetings, which are free and open to the public, are intended to provide support to families who are struggling with an addicted relative.
“We’ve had people that have been coming for nine years, five years,” Andersen said. “Some, their kids are clean and sober, some aren’t. But those meetings are designed to get the families through this ordeal because this is a family issue. People don’t realize how much siblings are affected by this. Grandparents are affected by this.”