He was among the hundreds of students, parents, educators, district employees, and public officials who gathered Thursday evening to celebrate the opening of the school’s new two-story building.

Nicholas knows his classroom will be on the second floor of the brand-new building instead of in a portable. He thinks the playground might be a bit smaller than the old one, “but at least we have a playground.” And he knows that when classes start next Wednesday for Central Unified students, he’ll be glad to see all his friends again.

By then, the hubbub that enveloped the Valentine Avenue school west of Highway 99, with proclamations, public speakers and the ceremonial cutting of a purple ribbon spanning the two columns in front of the school, will have been replaced by the hubbub of the first day of classes. 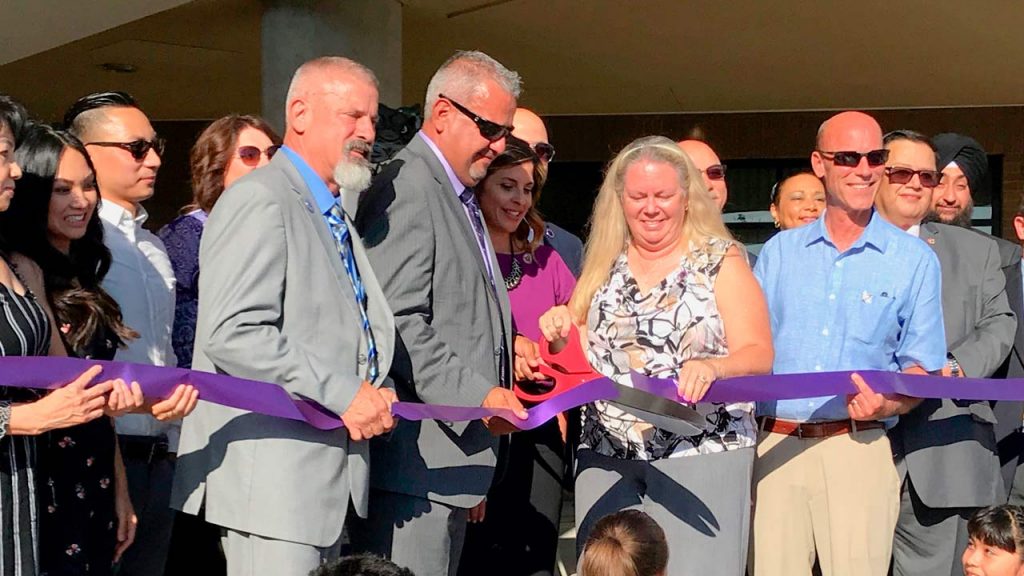 If there were questions about the school colors or mascot, the purple balloon columns topped by large panther-head balloons left little doubt.

The school’s teaching staff includes Sang Phan, an intervention specialist and brother of the school’s namesake. Hanh Phan Tilley was a teacher at McKinley Elementary who died of cancer in 2013.

“This school will thrive and bring forward successful students because it will have an extra advantage over other schools. There’s going to be three angels up in heaven with purple and black wings, watching with Panther Pride over our children and our staff.” — board chairwoman Terry Cox

Although the ribbon-cutting celebration was somewhat bittersweet for the Phan family, Sang Phan said he was excited for the students, and he knows his sister would have been excited as well. “We grew up a mile up the road,” he said. “To see this school in the neighborhood she grew up in … this big, beautiful building.”

Some board members and district officials speaking at the ceremony had to choke back tears at times as they remembered Karen Davis, the school’s founding principal, and Assistant Superintendent Kelly Porterfield, the district’s chief business officer, both of who died earlier this year. A plaque outside the school office names them among the officials involved in the school’s construction.

Davis and Porterfield had key roles in planning the new $28 million building and its contents, board chairwoman Terry Cox said.

Every ribbon-cutting is a milestone for Central Unified, but Tilley’s is particularly special, said Cox, her voice choked with emotion. “I do not say this to cause sadness, but merely share my belief that this school will thrive and bring forward successful students because it will have an extra advantage over other schools. There’s going to be three angels up in heaven with purple and black wings, watching with Panther Pride over our children and our staff.” 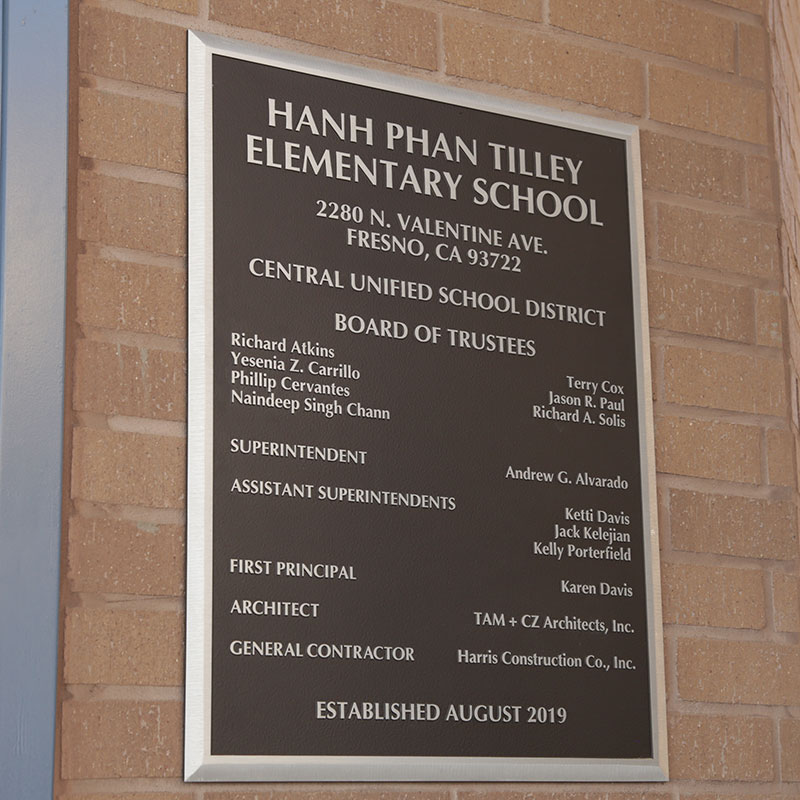 A plaque outside the Tilley School office includes the names of Karen Davis and Kelly Porterfield, who both died before the new building’s opening. (GV Wire/Jahz Tello)

When the school opened with portable classrooms in November 2014 there were 350 students, and enrollment has nearly doubled since then. Officials expect 677 students this year at the school, which has a capacity of 851. 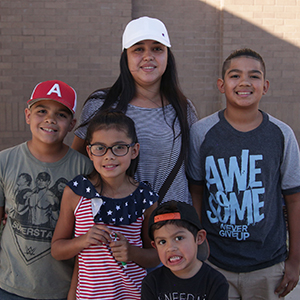 Sarah Garcia and her four children, three of them are Tilley Elementary students

The 79,000-square-foot facility was designed by TAM+CZ and built by Harris Construction, using funds from the Measure B and C bond measures. In addition to 31 classrooms, it has a large shade-covered courtyard that can be used for instructional activities.

Ginger said she’s worked for Central Unified for 13 years, but always at established school sites.  “To be able to walk into a classroom with the state-of-the-art technology, soundproof rooms, it’s just going to be amazing,” she said.

Sarah Garcia was at the ribbon-cutting event with four of her children, three of them students at Tilley. Garcia said her kids have attended the school since it opened, and had a front-row view as the new building was under construction. “They’ve been here, waiting for it to go up,” she said. “This is just so exciting.”

Superintendent Andy Alvarado said he considers Tilley to be the “crown jewel” of the Fresno neighborhood, and the model for the district’s next elementary that will be built on West Shields Avenue.