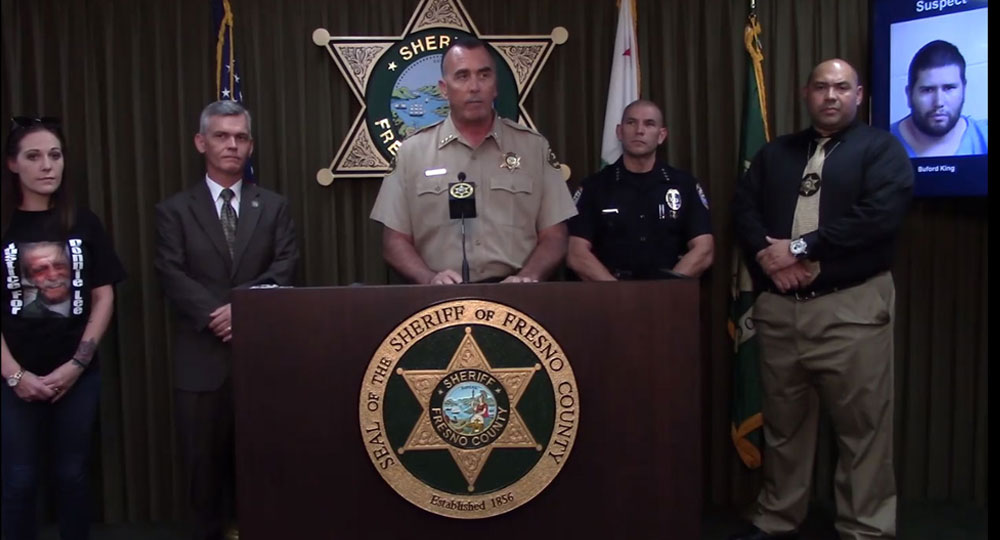 A Squaw Valley man described as a serial killer is in custody and faces three counts of murder after remains of his alleged victims were unearthed, the Fresno County Sheriff’s Office announced Wednesday.
Buford King, 33, made an initial court appearance on the charges Wednesday. His bail was set at $3 million.
The arrest is a culmination of a three-year investigation, sheriff’s authorities said.

King is accused of killing Aleksey Shelest, 35, and Donnie Lee, 62, both of Squaw Valley, and Alberto Contreras, 51, of Visalia. King knew all three men, authorities said.
Shelest has been missing since May 2016. Lee was last seen in November 2016. Contreras was reported missing in July 2011.
King, an Army veteran who served in Iraq, was arrested in August 2017 in connection with a non-fatal shooting and possession of explosives. He bailed out of jail in January 2018, then reported to court in February of this year. At that time, a judge ordered him to be taken into custody. He has been in jail since then.
Meanwhile, following a series of tips, authorities found the remains of Shelest, Lee, and Contreras. Shelest’s remains were uncovered on land behind King’s home.