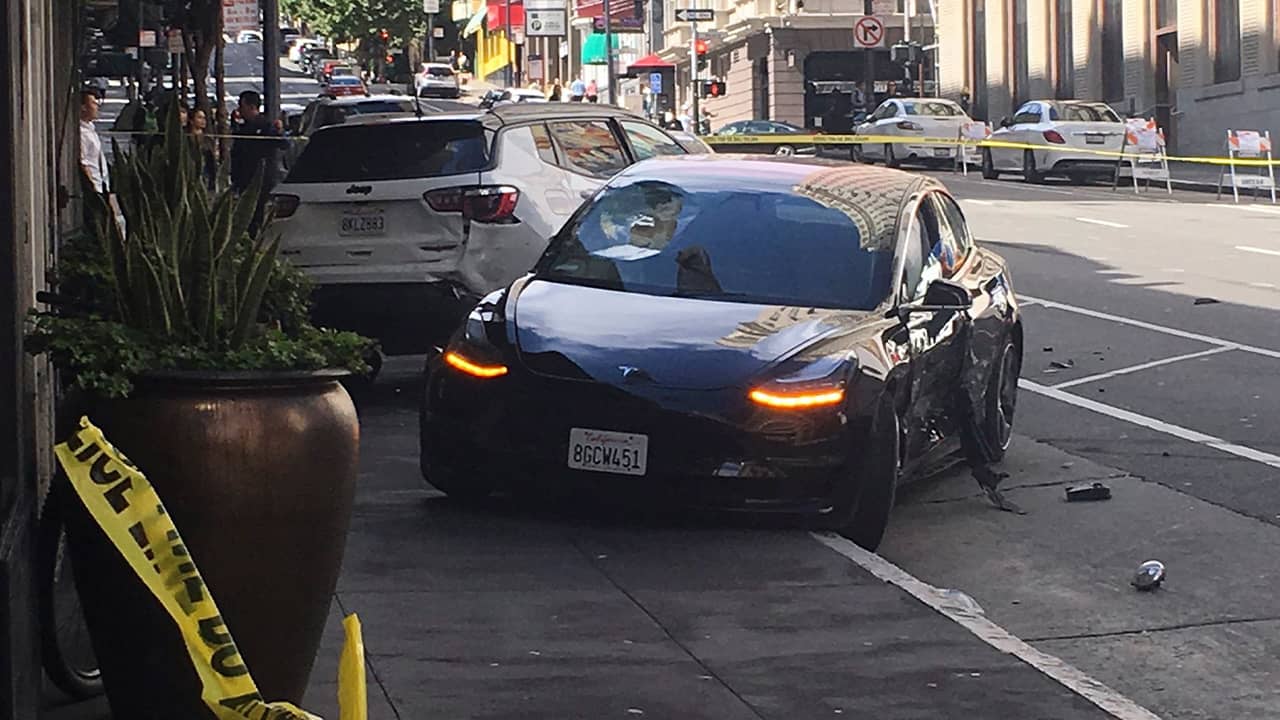 SAN FRANCISCO — A rented Tesla that was speeding when it ran a red light and killed Benjamin Dean of Clovis was not on semi-autonomous Autopilot mode, police said Wednesday.

Detectives removed a data storage device from the automobile that will be analyzed to help determine the actions that led to the fatal collision, said San Francisco Police Department spokesman Officer Adam Lobsinger.
Investigators are also working with Tesla to obtain further evidence, he said.
Police arrested the driver, Kelly Cambridge, 21, of Vallejo, on suspicion of vehicular manslaughter and running a red light.
Dean’s wife, Kelly, was injured in the collision on Sunday. She remains in critical condition.

The Clovis couple was in San Francisco celebrating their third wedding anniversary, according to Kelly Dean’s Facebook page.
Benjamin Dean, 39, was a program supervisor at the Fresno County Department of Social Services. Kelly works for the agency as well.

Alex Bastian, a spokesman with the district attorney’s office, said Wednesday the DA hasn’t received the case from the police to make any charging decisions.
Cambridge rented the Tesla through a peer-to-peer car rental service, police said.

Drugs and alcohol did not appear to be a factor, police said.
The woman was driving at least 45 mph Sunday in an area with a speed limit of 25 to 30 mph. She ran the red light and was broadsided by another car, police said
The Tesla struck a car and then the Deans, who were in a crosswalk.