What Do Devin Nunes and Bernie Sanders Have in Common? 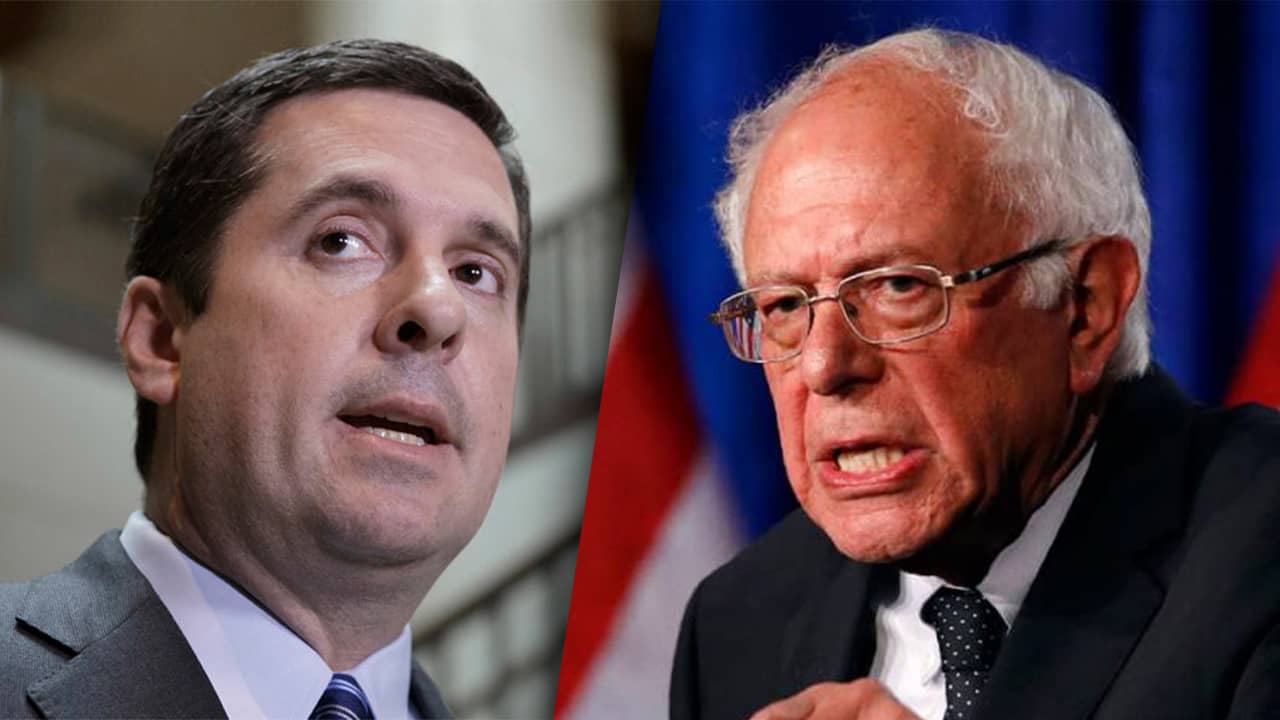 On the political spectrum, Sen. Bernie Sanders (I) of Vermont and Rep. Devin Nunes (R) of California are polar opposites.
But the liberal Sanders and the conservative Nunes share a disdain of mainstream media that has inspired both to set up media operations distilling unfiltered campaign messages to voters.

Feeling like he hasn’t gotten much love from the traditional media outlets lately, Sanders sat down recently to answer questions from his presidential campaign manager about his “Medicare for All” proposal in an event live-streamed from a makeshift studio.
“We are doing these live streams, we are talking to you directly,” said Faiz Shakir, who is running Sanders’ bid for the Democratic nomination. “One of the reasons is, while we appreciate our friends in the elite media, they don’t often cover the issues that truly matter to working Americans.”
In addition, the Sanders’ campaign has started a podcast, “Hear the Bern,” hosted by his national press secretary, Brihana Joy Gray.

In Nunes’ ultimately successful 2018 reelection bid, his campaign produced a 40-page, magazine-style mailer attacking The Fresno Bee. And his campaign committee set up a partisan “news and views” site in 2018 that went dormant later in the year.
His 2020 campaign has followed up with the Devin Nunes Podcast, in which he asks questions of conservative guests and offers political opinions.
Television commercials that tout the podcast and show the congressman walking in an orchard with his family air on Fresno-area television stations.

Creating Your Own Universe

Joel Payne, a Democratic strategist who worked on Hillary Clinton’s 2016 campaign, offered this explanation to The Associated Press for Sanders’ attempts to control the narrative.
“If you go on the premise that Bernie folks think they were boxed out of the mainstream party the last time around, I think the assumption that his folks made is they’ve just got to kind of build their own universe,” Payne said.
It could be said that Nunes already has built his own universe.
He long ago stopped talking to The Bee and only does interviews with local and national outlets he judges friendly to his cause, such as Fresno’s KMJ radio and Fox News. And he hasn’t held a public town hall in years.
The podcast allows Nunes, like Sanders, to control the narrative, energize his base, and reach potential campaign donors across the nation.
However, when the candidate and the campaign write the questions, the resulting content isn’t “news.”
It is what it is: propaganda.


Related Story: Who's Next to Take on Nunes? 3 Democrats Enter the Ring.

According to AP, three of Sanders’ top aides talked for an hour on a livestream about whether Sanders was “too consistent for corporate media.” They also analyzed individual headlines and stories about their candidate.
Nunes has critiqued stories, headlines, and specific reporters for years — even conservative radio reporters like the late Bill Manders, who upset the congressman by asking tough questions.
The assumption in the Valley is that Nunes, a staunch defender of President Donald Trump, has adopted Trump’s tactics.
Perhaps it’s the other way around.