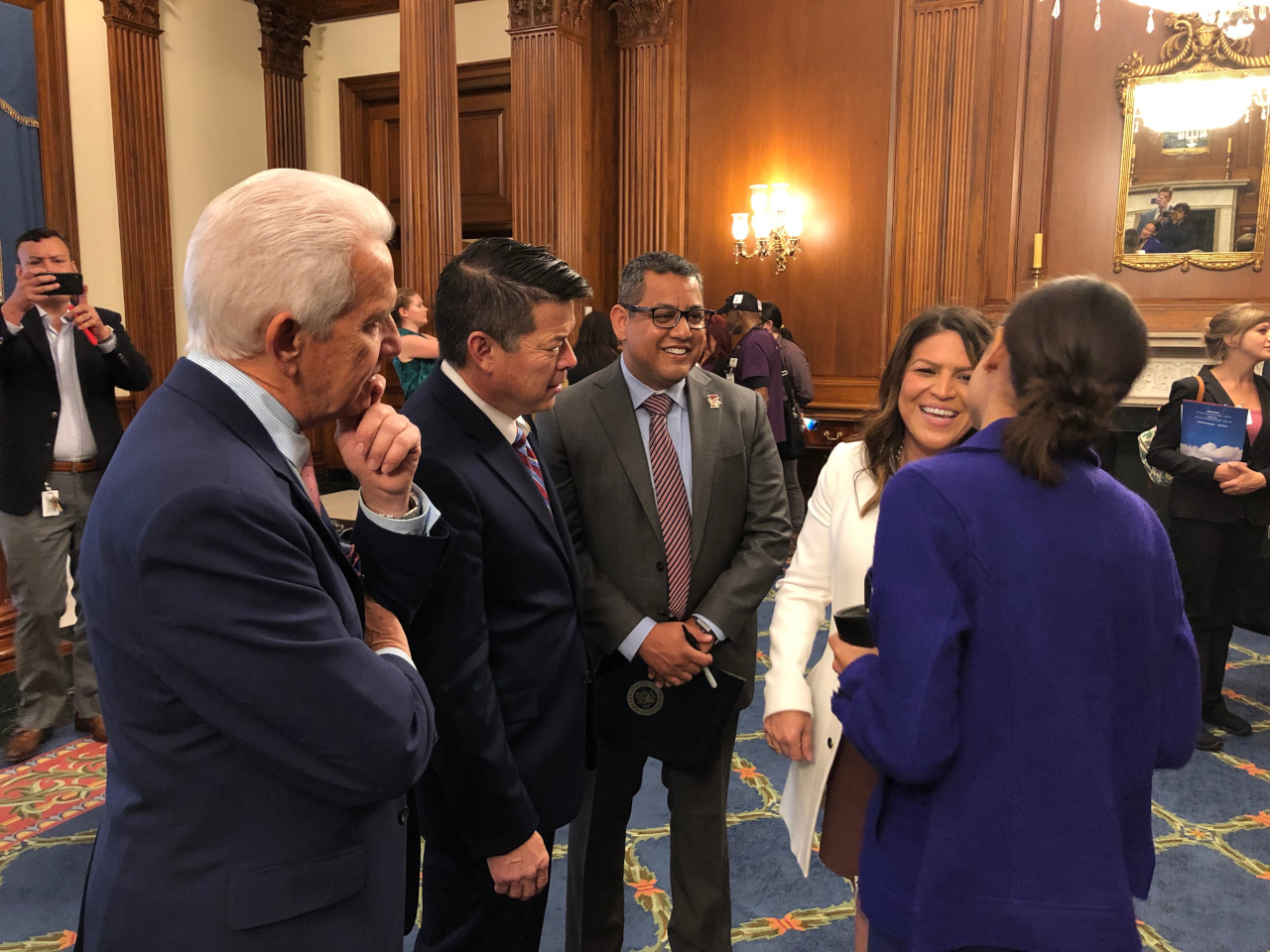 It doesn’t matter to Esmeralda Soria that she is running for a House seat against a fellow Democrat, and an eight-term incumbent at that.
“My goal is to convince every single person in our community, beyond our Democratic party, that I am the candidate that will best represent them in Congress,” said Soria, who on Thursday officially announced her bid to win the job held by Rep. Jim Costa. The 16th District seat goes to the voters in 2020.
On Friday, Soria expressed some of the arguments against Costa that can be found in the graveyards of campaigns run against the congressman by Republicans Andy Vidak, Johnny Tacherra, and Elizabeth Heng.

‘This is Not Personal’

A crucial difference is that Soria is a Democrat, and one with a track record. She has served the last four-plus years as a Fresno council member, representing District 1 on the city’s west side.
“This is not personal,” Soria said of running against a fellow Democrat. “This campaign is about my family, families like mine that continue to struggle.”
Costa said Thursday he was “disappointed” that Soria had chosen to oppose him. “She has been a longtime ally and she’s endorsed me before. I’ve met with her a number of times since November and never once did she indicate she regretted that endorsement or question my efforts on the issues I’ve been fighting for.”
By challenging an established Democratic lawmaker — Costa was first elected to Congress in 2005 — Soria risks not getting party support on a national level. Not so, she said.
“I believe that my team will work so hard that we will get the party support. Because we’ve been there,” Soria said. “We’ve represented our community and we’ll work hard to do that.”

Costa already has endorsements from California’s two U.S. senators — Dianne Feinstein and Kamala Harris — along with Gov. Gavin Newsom and Attorney General Xavier Becerra.
Soria said she has endorsements of her own, in Fresno and beyond, that will be rolled out in the coming weeks.
Meanwhile, she will work to win the support of local Democrats.
“I’m stepping up for my family and my community,” Soria said. “There are too many working families in our Valley that have played by the rules, that have worked hard, are trying to send their kids to college and they are barely struggling to get by. I want to make sure in Congress they have a voice that understands their trials and tribulations.”
Soria said Costa isn’t doing enough. “We are not getting our fair share,” she said. “We need to make sure that we do get our fair share so that we are building our middle class.”

Asked what sets her apart, Soria said she is “someone that will work hard, that is results-oriented. And I’ve proven that in the last five years, locally, not only to the District 1 residents, but throughout the citizens of Fresno,” Soria said.
“My campaign is about the working families in the Valley that need a voice.”
Soria vows to not accept corporate PAC money in her congressional campaign. That would be a departure from her council campaign in 2018, when she took donations from the likes of Union Pacific Railroad, Pacific Gas & Electric, and the California Independent Petroleum Association PAC.