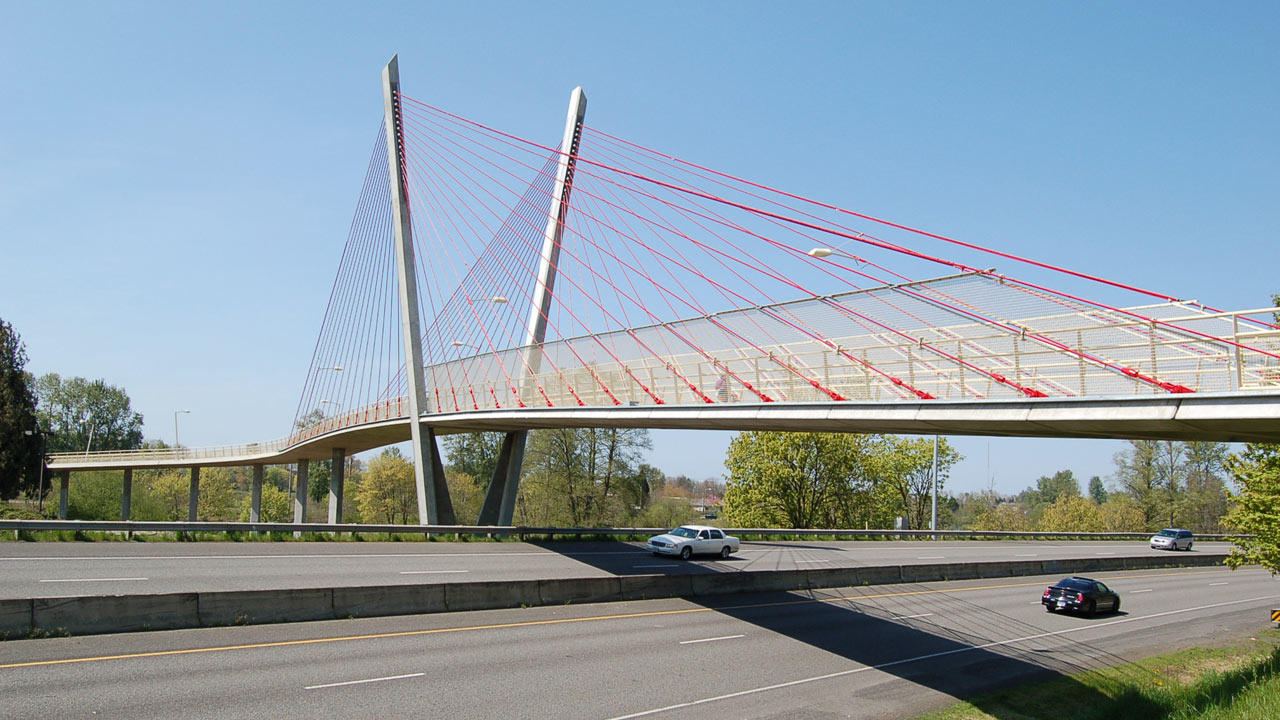 Clovis has begun design work on a striking new “signature” pedestrian bridge that will span the 168 freeway and provide a link between homes, schools, and businesses on both sides of the expansive roadway.

The bridge near Temperance Avenue is intended to serve as a “gateway” feature to northeast Clovis. City staff envision a modern design for the structure and has pointed to examples of “cable-stayed” bridges from Northern California and Oregon as inspiration.

Near to Medical Campuses

Officially designated as the State Route 168/Enterprise Canal Pedestrian Bridge, it will cross near to Clovis Community Medical Center on the south and California Health Sciences University’s campus, currently under construction, to the north.
In June, the city council approved spending $1.2 million from a federal grant for planning and engineering on the project. The city selected engineering firm Biggs Cardosa Associates for the design phase, which is expected to take two years to complete. The firm will hold community input meetings as part of that process and the city says it will share regular updates on its website.

City Will Seek Grants for Construction

Bridge construction is estimated at $6.5 million – $7.4 million. The city says it will seek out additional grants from federal, state and local sources to pay for it.
Clovis hopes to have construction underway by 2025.