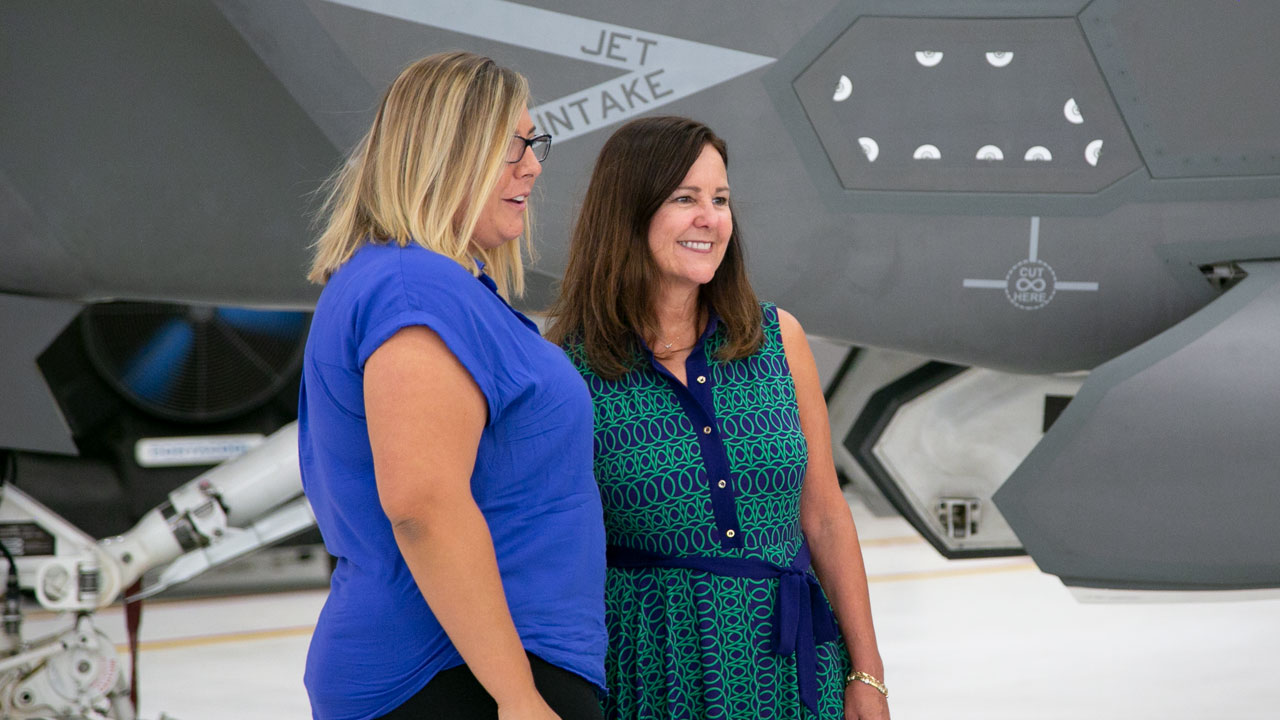 Casey Fisher is a lawyer. She’s also married to a member of the military. “Having to get licensed in every state we’re in is difficult,” she said.
Fisher’s situation mirrors that of many military spouses, who can have a difficult time maintaining a career as they follow their partner from posting to posting.
Fisher joined about 150 people at Naval Air Station Lemoore as they listened Wednesday to second lady Karen Pence, who has made steady employment for military spouses one of her top issues.

According to the Department of Defense, the employment rate for spouses of service members is 24%. Speaking from a stage set up inside one of the air base’s hangars, Pence, who came to the Valley for a day with husband and Vice President Mike Pence, described some programs that could help spouses find or stabilize careers.

‘We Stand with You’

“I really felt that military spouses needed someone to come alongside and say, ‘We see you, we thank you, and we stand with you,’ ” Pence said. She added that her daughter is dating a Super Hornet fighter jet pilot who might end up stationed at NAS Lemoore.
Some of the measures cited by Pence:

“You are flexible, well-educated, flexible, hardworking, flexible, reliable, and loyal,” Pence said. “You are the kind of workers we want in the workforce.”
Fisher, the military spouse and lawyer — and Democrat — said Pence’s message was on target.
“It’s meaningful that she came out and talked to us about something that touches close to home.”