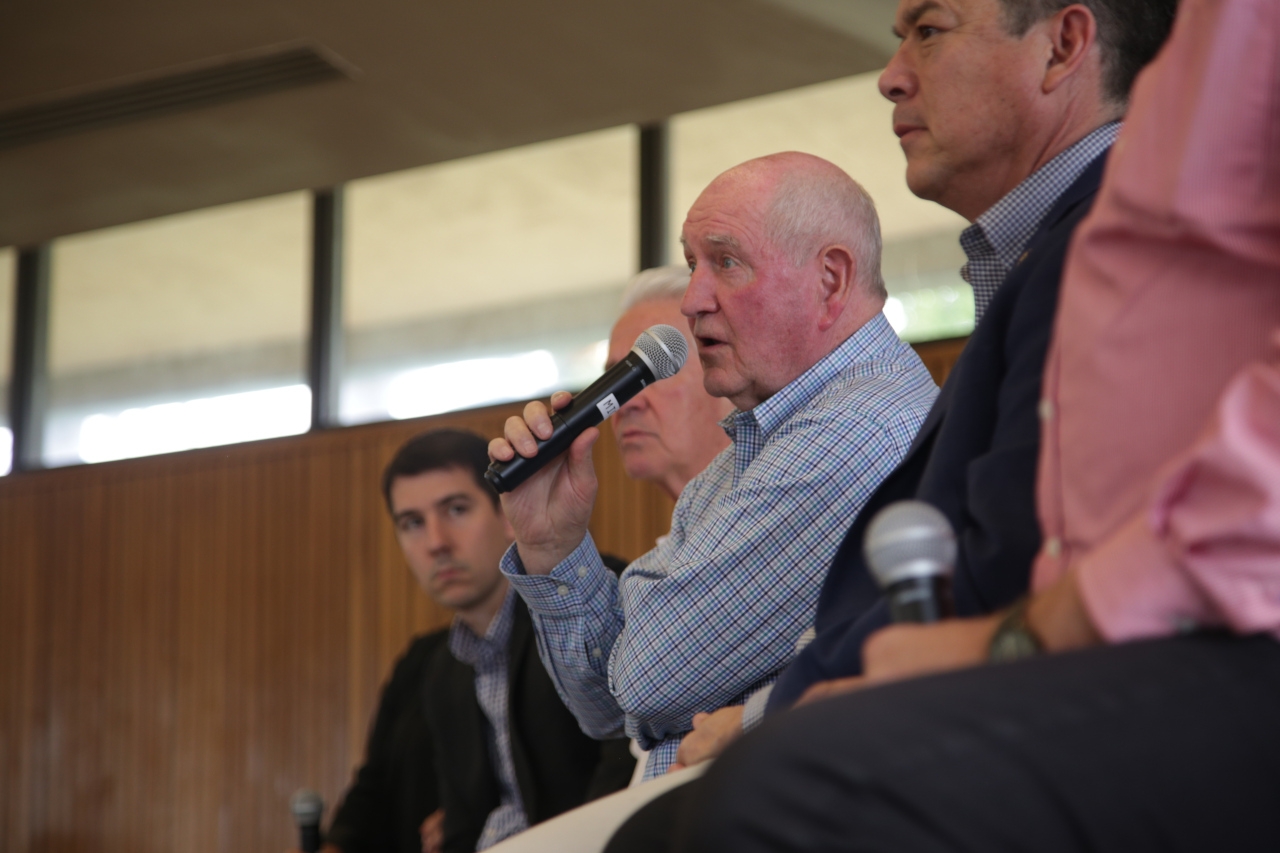 LOS BANOS — The parade of plaid-shirted gentlemen sat politely in the octagonal Germino Building at the Merced County Fairground.
About 200 farmers participated in a town hall meeting Friday with U.S. Secretary of Agriculture Sonny Perdue and four California congressmen. Perdue answered hot-button ag issues about tariffs and labor with his congenial Georgian charm.
“This is the Disneyland of specialty crops,” Perdue told the audience, glad to be in cool California rather than hot and humid Georgia. “Y’all live in a weather wonderland.”

In the second of three stops in California for the day, Perdue took an hour to hear and attempt to answer about seven questions. He was joined on stage by host Congressman Jim Costa (D-Fresno), along with Reps. TJ Cox (D-Fresno), Josh Harder (D-Turlock) and Doug LaMalfa (R-Richvale).
Some of the questions were industry-specific. Organic Pastures president Mark McAfee had dairy questions. Perdue also provided answers to questions about cotton competition, currency manipulation, and how recent Midwest flooding would affect feed prices.
Perdue participated in a similar town hall in the morning in Watsonville, and was scheduled to attend an event in Clarksburg later in the day.

Kent Stenderup, director of Blue Diamond Growers, told Perdue despite Donald Trump saying the president would take care of farmers during the trade fight with China, “it is worse than it was a year ago.”
Perdue responded that China has not been playing fair and was reneging on deals. He then pivoted to talking about the United States-Mexico-Canada Agreement, a successor to the 1990s-era NAFTA deal.
“USMCA is better chapter by chapter, line by line, than NAFTA 1.0,” Perdue said.
Later in the town hall, the rest of the delegation all expressed support for USMCA, which must be approved by Congress. Costa said details are still being worked out, but hopes House Speaker Nancy Pelosi will bring it to the floor by fall.
Harder said he doesn’t like farmers getting lost in the shuffle.
“Ag is not a top priority,” he said. “I find that frustrating. … We need to make sure the voice of ag is heard.” 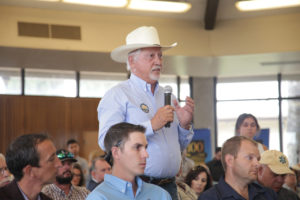 By Costa’s estimation, this was Perdue’s fifth visit to the Central Valley since becoming Trump’s agriculture secretary in 2017.