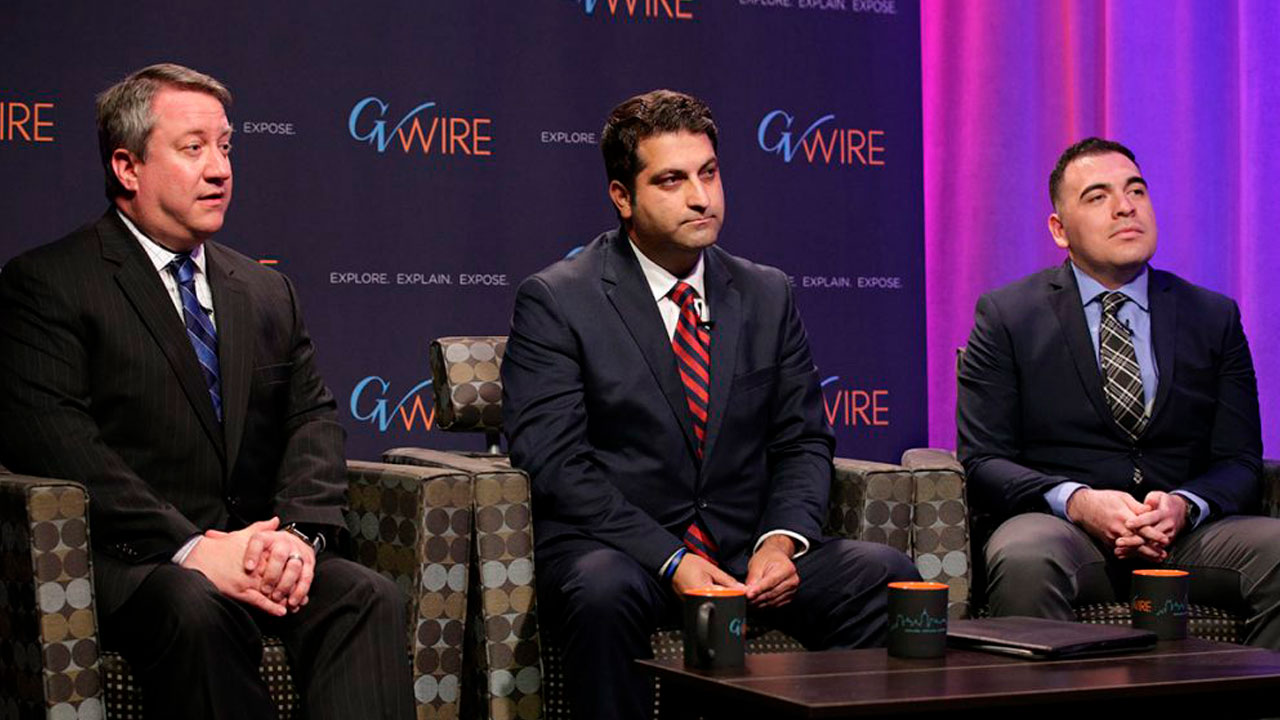 Three candidates vying in a special election to fill the open District 2 seat on the Fresno City Council gathered Wednesday in a forum presented by GV Wire and CMAC to give their opinions about police, homelessness, and reaching out to residents.
The forum served as an introduction for many northwest Fresno constituents to candidates running to replace Steve Brandau, the District 2 councilman who was elected to the Fresno County Board of Supervisors.
Candidates Jared Gordon, Mike Karbassi, and Oscar Sandoval answered questions from GV Wire reporter David Taub. Two candidates, Lawrence Garcia and George Herman, chose not to participate.

When asked what residents are telling them in terms of the district’s most pressing problems, Gordon said homelessness was the top issue “both in the district and, I think, across the entire city.” Karbassi said public safety was the No. 1 concern, followed by homelessness and a dangerous traffic issue near Starr Elementary School. Sandoval noted that residents in the Pinedale area felt their voices are unheard in City Hall, while district residents nearer to Highway 99 are comparatively content. “My big goal is to bridge that divide,” Sandoval said.

Asked about public safety, Gordon said it was important to make the existing police force more effective with training and by placing officers in the city where they can be the most effective. Karbassi repeated a campaign pledge to not support a Fresno city budget unless it had money for more officers; he said the current ratio of officers to residents is dangerously low. Sandoval said the city and police department need to build more trust with residents, and that one solution could be to hire officers from the neighborhoods they serve.
The candidates all said they would be responsive to residents reaching out for help about anything from potholes to trash-can replacement, and all said they would respond to a resident within 24 hours, though the solution might take more time. Karbassi gave out his phone number.
Click on the video above to see the forum in its entirety.