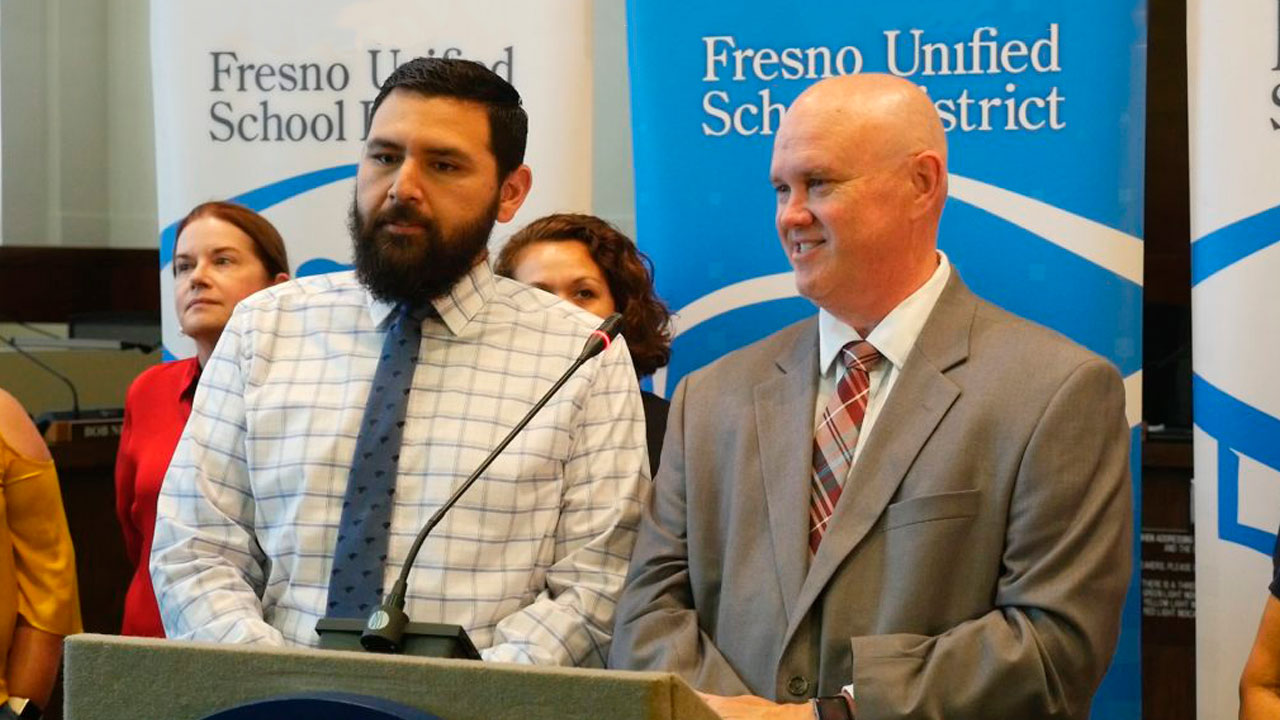 After 43 years of bare-knuckled brawling, the leaders of Fresno Unified and its teachers union tried something different in hope of getting a better result.

It worked.
And that’s good news for the district’s students, families, and teachers.
It’s good news, too, for Fresno. Few would disagree our city’s future is tied closely to how well California’s fourth-largest school district empowers its 74,000 students to be productive citizens.

For the first time since 1976, when the Educational Employment Relations Act established collective bargaining in California’s public schools and community colleges, the district and its teachers have negotiated a contract before the old one expired.

How did the district get to this place — especially at a time of great teacher unrest in large urban districts?
Credit Superintendent Bob Nelson and Fresno Teachers Association President Manuel Bonilla for turning a platitude — do what’s best for kids — into action
Nelson has absorbed a thousand blows in his two and a half years as the interim and full-fledged superintendent. Critics say he’s too soft and isn’t moving the district ahead fast enough. Every week seems to deliver a new controversy. But nothing shakes Nelson from his belief that collaboration and treating people with respect are essential to turning around the long-troubled, underperforming district.
Enter Bonilla, a thoughtful and determined teacher/union leader. He surveyed the district’s 4,000 teachers on how they could better educate students. Of course, pay is an important part of contract negotiations. But the teachers wanted smaller class sizes, substantially better support for special education teachers and students, and a bigger voice in student discipline.

After Nelson finished his remarks Thursday, he called Bonilla to the podium, where they shared a hug.
Thomas was so enthusiastic, you half-expected Sister Sledge to pop up behind her singing “We Are Family.”


Under the new contract, the teachers get a 3% annual raise and a one-time 1.5% bonus. There is the potential for additional raises in the contract’s second and third years should sufficient increased funding come Fresno Unified’s way.
Twice, on Wednesday night, after word of the tentative agreement broke out in the board room, Bonilla became emotional, holding back tears.
“I’m not normally emotional,” he said. “My wife even asked me what was going on. But I was thinking about all the hard work put in by so many people on this. The hours on weekends and nights after working all day. The time away from their families. Thinking about all that became overwhelming for me.”

Breaking Down the Contract

Under the new contract, the teachers get a 3% annual raise and a one-time 1.5% bonus. There is the potential for additional raises in the contract’s second and third years should sufficient increased funding come Fresno Unified’s way. Making the extra raises conditional on district finances provides Fresno Unified protection against a recession and the specter of cutting drama, art, athletics, and music, as it has done in the past.
The contract requires principals to work with their teachers on discipline guidelines. And, it calls for the district to come up with “comprehensive behavior programs to support students across the district,” including students in special ed and at alternative schools. In other words, the new expectation is that all principals will do what good principals already informally do.
Also important for the teachers was preserving the healthcare coverage and of the current contract. The district will continue to pick up 90% of the insurance cost per employee.

Nelson and Bonilla acknowledged that district leaders and the union will have their disagreements. And the contract needs to be ratified by both sides. The difference now, as opposed to the past, is they respect each other and have a framework for hashing out the knotty problems that inevitably arise.
Plus, they are bound by the promise to include student outcomes in every conversation.
One final thing: Like Nelson, board president Claudia Cazares believes in the power of respectful engagement.
“That’s how I was raised,” she said.
Who knows? In the age of Trump, Fresno Unified and FTA might be on to the next big thing.

In California, People Can Ensure Fair Elections. Let's Get Started.