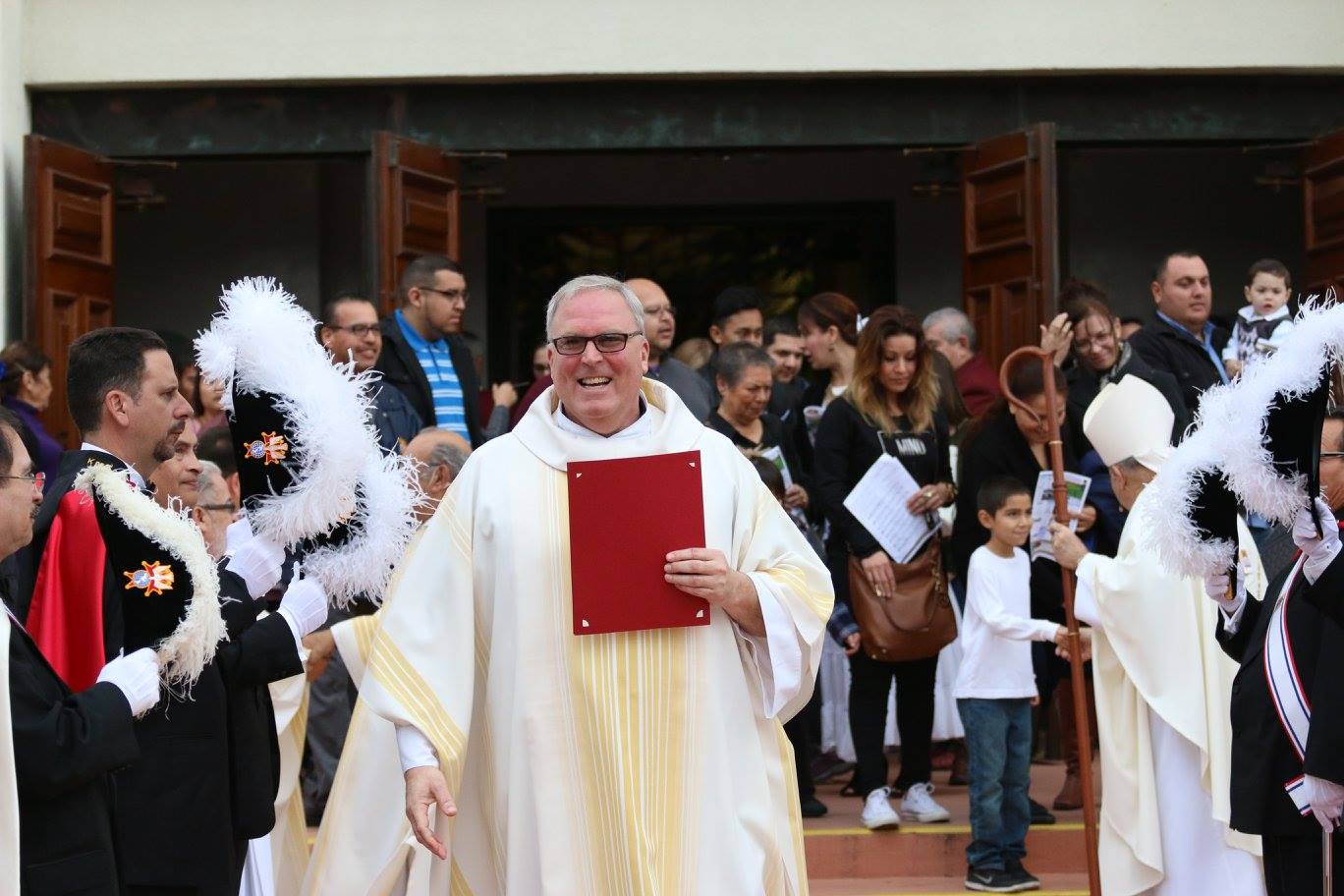 Father Eric Swearingen has been on paid administrative leave since Wednesday, June 5, because of sexual abuse allegations, the Diocese of Fresno says.
Bishop Joseph V. Brennan said Monday the action resulted from “detailed information associated with a civil case dating back to 2009.”

The diocese has now placed seven of its priests on leave amid ongoing investigations.
Swearingen, who previously was assigned to a Fresno parish, is the pastor at Good Shepherd Church in Visalia.
The Fresno Bee reported that Brennan and a church deacon announced Swearingen’s status during masses at four Visalia area churches Sunday.
He has served since 2014 in Visalia, the city where he grew up and graduated from Redwood High School. However, he has been on a lengthy medical leave. Brennan described him as “seriously ill.”

Swearengin Accused of Abuse in 2002

In 2002, Juan Rocha accused Swearengin over molesting him for a period of three years while the priest worked in Bakersfield and at St. Alphonsus Church in southwest Fresno.
According to the Visalia Times-Delta, Rocha said that Swearingen allowed him to stay temporarily in two rectories. Swearingen reportedly gave him refuge from a troubled home life that included an alcoholic father — a story Swearingen verified.

But the two testimonies diverged after that, with Rocha saying he was abused and Swearingen denying it.

In a civil trial in 2006, the jury ruled that Swearingen likely abused Rocha but the diocese did not have any prior knowledge of the incident. The jury was required to support both claims for Rocha to win the lawsuit.
The sides later agreed on a confidential settlement.

My Dear People of God,
At this time, it is my responsibility as your Bishop to inform you that I have placed Father Eric Swearingen, Pastor of Good Shepherd Parish, on “Paid Administrative Leave” effective as of June 5, 2019.
I understand that this is very difficult information for you to receive; especially, at a time when Fr. Eric is very seriously ill. Please be assured that we will do all we can to support Fr. Eric and maintain his level of medical care without interruption. I am deeply concerned for his wellbeing.
This action was necessary in light of detailed information associated with a civil case dating back to 2009 that was brought to my attention following a file review. I am not able to offer further details.
I ask for your ongoing prayerful support of Fr. Eric and your continuing commitment to your beautiful faith community. Peace be with you.
In Christ,
Most Reverend Joseph V. Brennan, D.D.
Bishop, Diocese of Fresno