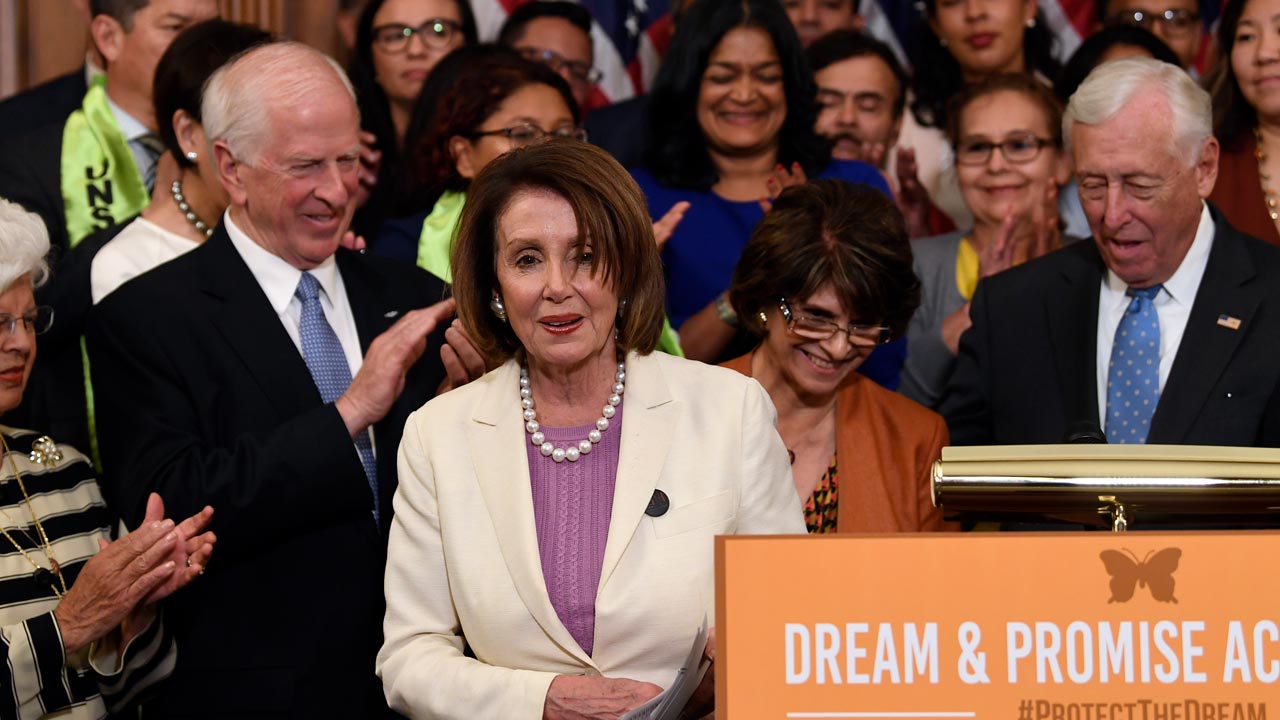 Supporters of the American Dream and Promise Act in the visitor galleries roared “Yes We Can” as House Democrats muscled through legislation bestowing a chance for citizenship on an estimated 2 million-plus migrants.
But Senate Majority Leader Mitch McConnell delivered a “No You Can’t” the next day.
Combined with President Donald Trump’s veto threat, it appears the “Dreamers” will have to wait for protection from deportation and a pathway toward citizenship.


“The Dreamers have a sympathetic case. There are circumstances under which I and others would be happy to support that. But we need to do more than that.” — Mitch McConnell, Senate majority leader
As a result, the effect of Tuesday’s action for Democrats is it allowed them to showcase one of their highest-profile legislative priorities. The bill passed on a near party-line 237-187 vote. Seven Republicans from mostly moderate districts were the only lawmakers to cross party lines.

Another House Measure Likely to Run Aground in Senate

“The Dreamers have a sympathetic case. There are circumstances under which I and others would be happy to support that. But we need to do more than that,” McConnell said on Fox News Radio. “You know there’s some genuine fixes on the legal immigration side and on the illegal immigration side that need to be addressed. … And that’s the context in which I would deal with that issue in the Senate.”

Thus, the act is likely fated to join a host of other House-passed measures advancing Democrats’ agenda that are running aground in the GOP-run Senate, including legislation on health care, gun control, climate change, and election security.

Valley Democrats Jim Costa and TJ Cox represent districts with large numbers of immigrants currently safeguarded by the Obama-era Deferred Action for Childhood Arrivals program. Only the federal courts have thwarted Trump from ending DACA.
“Dreamers want what every American wants: a better life for themselves and their families,” said Costa, whose district has 14,000 Dreamers. “Brought here by their parents at an early age, America is the only home they’ve ever known. I voted for the American Dream and Promise Act because it’s time we end the uncertainty surrounding their fate.”

Estimated 2 Million Would Get Legal Status

In Cox’s 21st District, there are an estimated 7,400 DACA recipients, and nearly 12,000 people are eligible to apply. The economic loss from deporting DACA workers in the 21st would exceed more than $400 million annually, his office said.

Auto Racing's Vukovich Family to be Honored with Marker