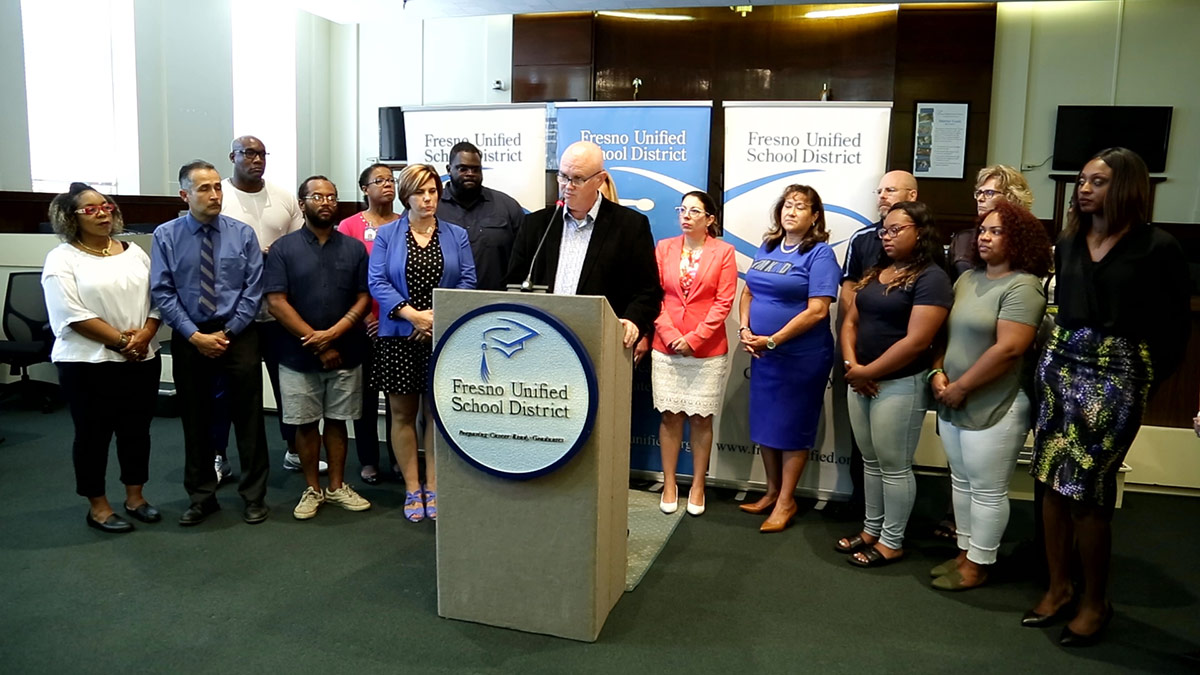 Fresno Unified plans to double down on teaching students about the many aspects of racism and the urgent need to keep campuses safe, following an uproar over racially offensive social media posts that included a Bullard High student posing in blackface.

The offending posts were first reported by a Bullard student on May 24. Freshman Amya Wilson saw the blackface post on Snapchat on May 23. After talking to her mother, she decided to go to the school’s office to report it.
“They were very upset, and as concerned as I was,” said Wilson, who attended the news conference. “They told me it would be handled.”
Nearly a week later, a version of the blackface video, along with a video clip of a student saying a racially offensive word outside what appears to be Bullard High, appeared on Facebook and went viral.
Nelson said Tuesday that “appropriate disciplinary procedures and actions” were imposed against the student Monday. He declined to identify the student, citing federal and district privacy policies.
“We should like cultural competency for students, for staff, for administrators, and the district office,” said Stacy Williams, a community activist who attended the news conference.
Williams also had a hand in bringing the video to light. She said that a student sent her the video last Thursday and she posted it the next day.

Though Nelson emphasized that racism and cultural insensitivity were not just a problem at Bullard, he laid out initial steps that are planned at the high school.

Meanwhile, a statement said to be from the parents of the Bullard student who made the racially offensive posts asked for “forgiveness for the pain it has caused.”
According to the statement, the girl was visiting a friend’s home when she painted her face black, then made a video in which she used a racial slur. The video was posted on social media.

How Long Before This California Fraudster Is on 'American Greed'?