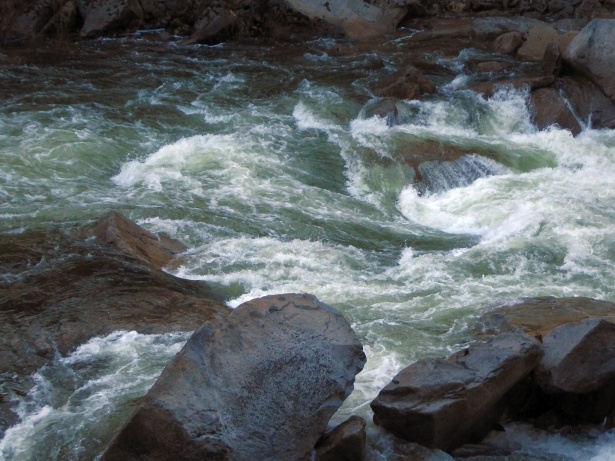 Going to Yosemite or a San Joaquin Valley’s waterway this weekend?

Be careful. We want you to come back alive.

The combination of a huge Sierra snowpack and warming temperatures are filling creeks, rivers, and reservoirs.

Thes sights are spectacular — perfect for pictures and videos.

But as beautiful as the water may look, it is cold and deadly.

This season already, a teenager lost his life in the Tule River.

And Visalia firefighters saved the life of a man who was trapped by a dam in the St. Johns River on Thursday.

Also on Thursday, the Tulare County Sheriff’s Office closed the lower Kings River because of the high flows released from Pine Flat Dam. All public access, including swimming and boating, is shut down until further notice.

“The water conditions are unsafe and unpredictable and simply not suitable for recreation right now,” said Sheriff Mike Boudreaux. “If shutting down access to a public waterway saves just one life, it is worth any slight inconvenience that it might cause.”

In Fresno County, Skaggs Bridge Park in Kerman, the lower section of the Lost Lake Recreation Area in Friant, and Lindy’s Landing in Reedley are closed because of high flows.

Through the years, Skaggs Bridge has been the site of many drownings.

Yosemite Is Beautiful and Dangerous

Up at Yosemite, rangers warn to tread carefully on rocks and around the park’s waterways.

“Stay back from swiftly moving water and be aware that even dry rocks are slick,” Yosemite officials said Friday. “Do not climb over railings to get closer to water. The majority of people who are rescued or recovered from the river never intended to go in.”