For the Fresno High wrestling program, it’s like winning the lottery.

Steven Abas, a silver medalist in the 2004 Olympics and a three-time NCAA champion at Fresno State, is the Warriors’ new wrestling coach.

Abas, a member of the National Wrestling Hall of Fame, is considered one of the greatest wrestlers of his generation. 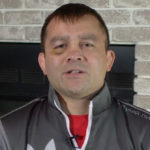 Takes Over the Program Immediately

“We are excited to welcome Coach Abas to Fresno Unified, knowing that he brings a wealth of knowledge and experience to share with our Fresno High student-athletes,” said Fresno Unified Superintendent Bob Nelson.

In 2005, Abas was named to the NCAA’s 75th Anniversary Wrestling Team in the lightweight division.