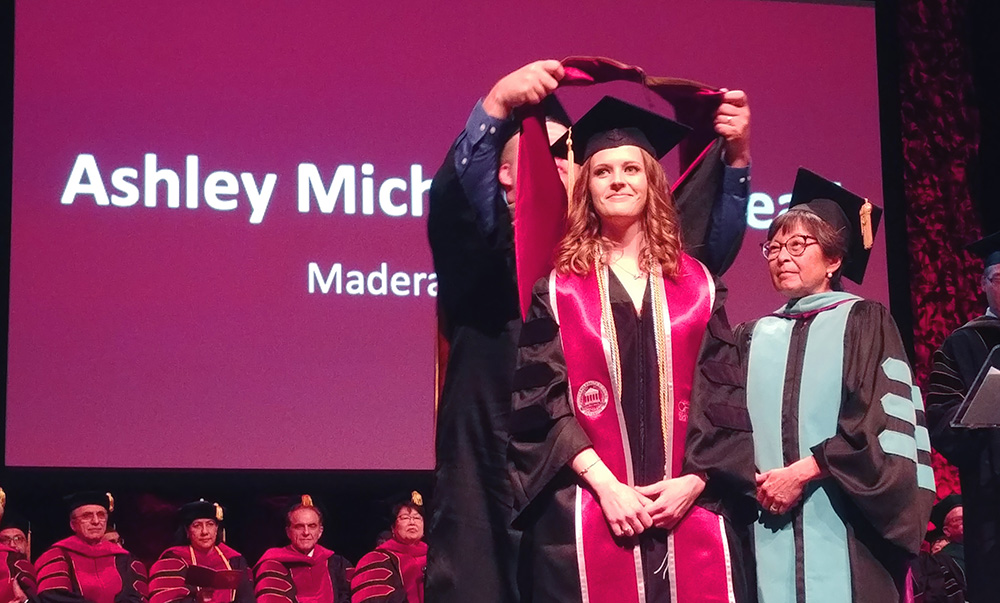 Mai Lee Yang stood in her cap and gown, surrounded by friends and family outside Clovis Hills Community Church. Around her neck was an earth-toned sash that marked her newly minted status as a Doctor of Pharmacy.

Yang was one of 54 California Health Sciences University students honored at a graduation ceremony Saturday. This was the second cohort of the Clovis-based university’s College of Pharmacy. The students join the 62 who graduated in the college’s inaugural ceremony in 2018.

Be Ready for the Unexpected, Speaker Tells Graduates

“It’s been a long journey. For most of us, it’s been eight years now,” said graduate Scott Welker of Clovis. “I’m really proud of what everyone’s accomplished.”

Dr. Thomas Patton, the ceremony’s keynote speaker, told graduates it was important to be ready for the unexpected. He cited his own professional experience, in which he held numerous roles in academics and the pharmaceutical industry, but never emulated the small-town pharmacist who first inspired him when he was young.

“Things will happen in your personal and professional lives that will change your future,” said Patton, who also urged the graduates to get involved in their communities. “We have the option of having people determine our fate or of being part of the process that determines it.”

Graduate Salam Kabbani sounded like she had taken Patton’s words to heart.

“It’s been eight long years but we’re excited,” she said. “We’re ready to serve the community.”

CHSU opened its College of Pharmacy in 2014. A campus for the university’s new College of Osteopathic Medicine is going up at the Clovis Research and Technology Park. It is scheduled to open to students in July 2020.