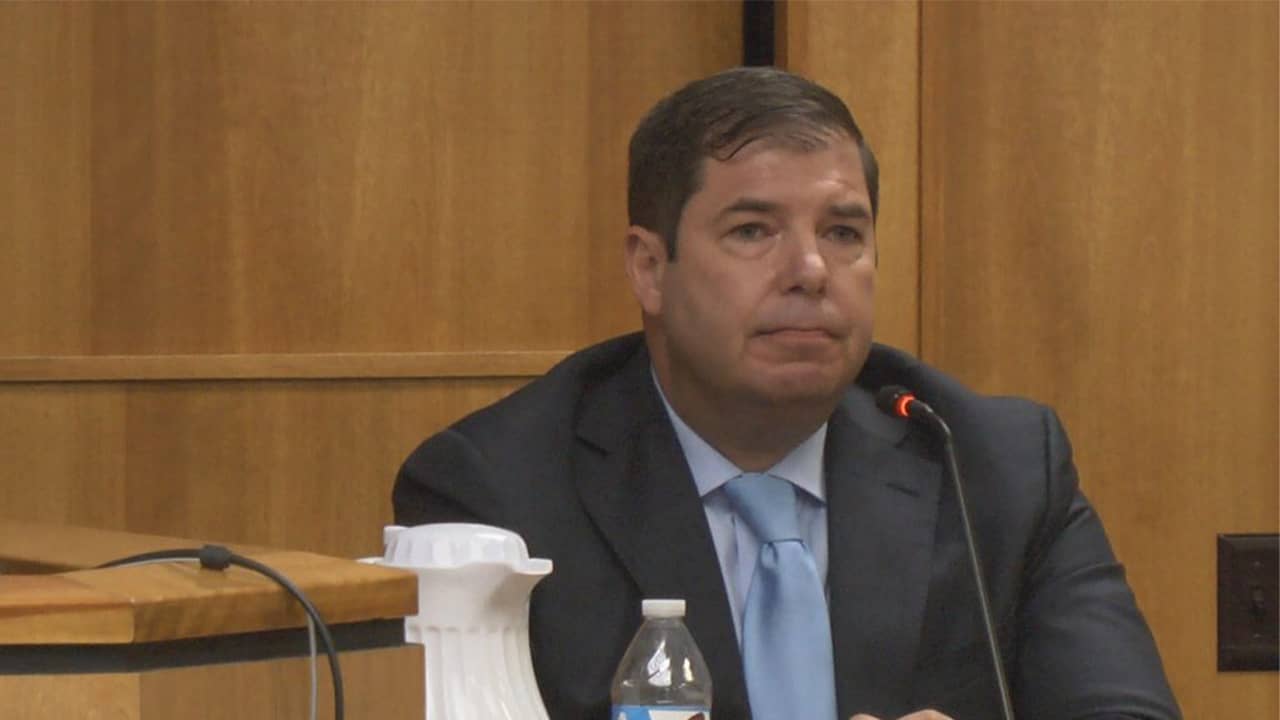 Joaquin Arambula was asked if he ever struck his 7-year-old daughter. He responded emphatically.

“Absolutely not. I can’t say that more strongly,” said Arambula, who on Tuesday took the stand for the first time in the trial in which the Democratic assemblyman is accused of a misdemeanor count of child abuse.

“Absolutely not. I can’t say that more strongly.” — Joaquin Arambula, testifying about whether he ever struck his child

The case will go to the six-man, six-woman jury Wednesday.

Evidence presented earlier in the trial showed pictures of a small bruise near her right eye of Arambula’s daughter. Prosecutors say Arambula caused the injury by slapping the girl in the head or face.

Arambula on the Stand

The defense closed its case by putting Arambula on the stand. His attorney, Michael Aed, talked about the events that led to the night of Dec. 9, 2018, when the alleged event occurred.

Arambula, home from a legislative session in Sacramento, testified he took care of the children that Sunday to give his wife, Elizabeth, a day off. She left for Los Angeles later that day for a doctor’s appointment.

He took them to church, to a library, then back home, where cooked spaghetti for dinner. Following a bath, Arambula put his three daughters to bed. Shortly thereafter, he heard his 6-year-old child crying, Arambula testified. He said she was fighting with her 7-year-old sister.

The elder daughter was hopping between two twin-sized beds in the room, Arambula testified. He said he caught his daughter as she jumped off the bed, then held her tightly to calm her down.

Arambula testified that she was flailing and screaming, trying to get away.

“For the first time in my life, I grabbed my daughter and I spanked her, twice on her bottom,” he told the court.

Arambula said the daughter was angry, and said she hated him, but things eventually calmed down. Arambula said he returned to the room later that night and slept in the same bed as the 7-year-old.

The 7-year-old was still angry the next morning, he testified. He took his daughters to Dailey Elementary Charter School. He testified that no one noticed any marks or bruises on the 7-year-old’s face.

Arambula went about his day, holding meetings, he said. When his wife called later that afternoon and said there was a problem at the school, he rushed over.

Minutes after his arrival, Arambula testified, police arrested him. He said he complied with their commands. He described Officer Stephen Phebus, the first Fresno police officer to arrive, “abrasive” and “obviously biased.”

Arambula nearly choked on the stand as he recounted his arrest.

“For the first time in my life, I was placed behind bars … I was criminalized. I had my mugshot taken,” Arambula testified.

When Child Protective Services removed his children from his home that day to stay with his parents, Arambula said “these were dark days for my family. I’m not used to not having my kids and my family unit together.”

Arambula said his family took vacations since then to Mexico, twice to Cambria (San Luis Obispo County) and to Disneyland as part of a Latino caucus trip. At no time did he discuss the incident with his daughter, nor try to influence her what to say, he testified.

In cross-examination, prosecutor Steve Wright asked Arambula if he gave his daughter cues when she testified earlier in the trial.

“No, sir,” Arambula responded. “I was trying to be present and support my daughter while she was on the stand after you subpoenaed her here.”

When Wright asked if Arambula wanted his daughter to come, and to have a transparent hearing, Arambula said: “I love that we’re here and have an opportunity for transparency and sunshine. It was not lost on me that you decided to file this court case during the Sunshine Week.”

Arambula reiterated he never struck his daughter and had never spanked her before that night.

During his daughter’s testimony that opened the trial, she never said father spanked her. She testified her father “grasped” her by the head, possibly leaving a mark with his ring.

His daughter also testified that her dad tripped and fell into her, which may have caused the bruise.

Asked if he tripped on a toy in his daughters’ room that night, Arambula testified he didn’t know for sure, but believed he did.

Arambula said his daughter’s actions that night didn’t anger him, but he wanted to figure out what happened between her and her younger sister.

Wright concluded by asking Arambula if he ever struck his daughter. Arambula said no.

— Fresno councilman Miguel Arias sat in the courtroom for the brief after-lunch session. He was also seen kibitzing and joking with San Joaquin Sun publisher and Twitter nemesis Alex Tavlian.

— Other notable Arambula supporters who have observed some part of the trial include activist Hugo Morales and Fresno Art Council executive director Lilia Chavez.

— Judge Alvin Harrell III said he canceled a doctor’s appointment Thursday afternoon that would have otherwise canceled the court session. The jury, in theory, could be deliberating at the time.