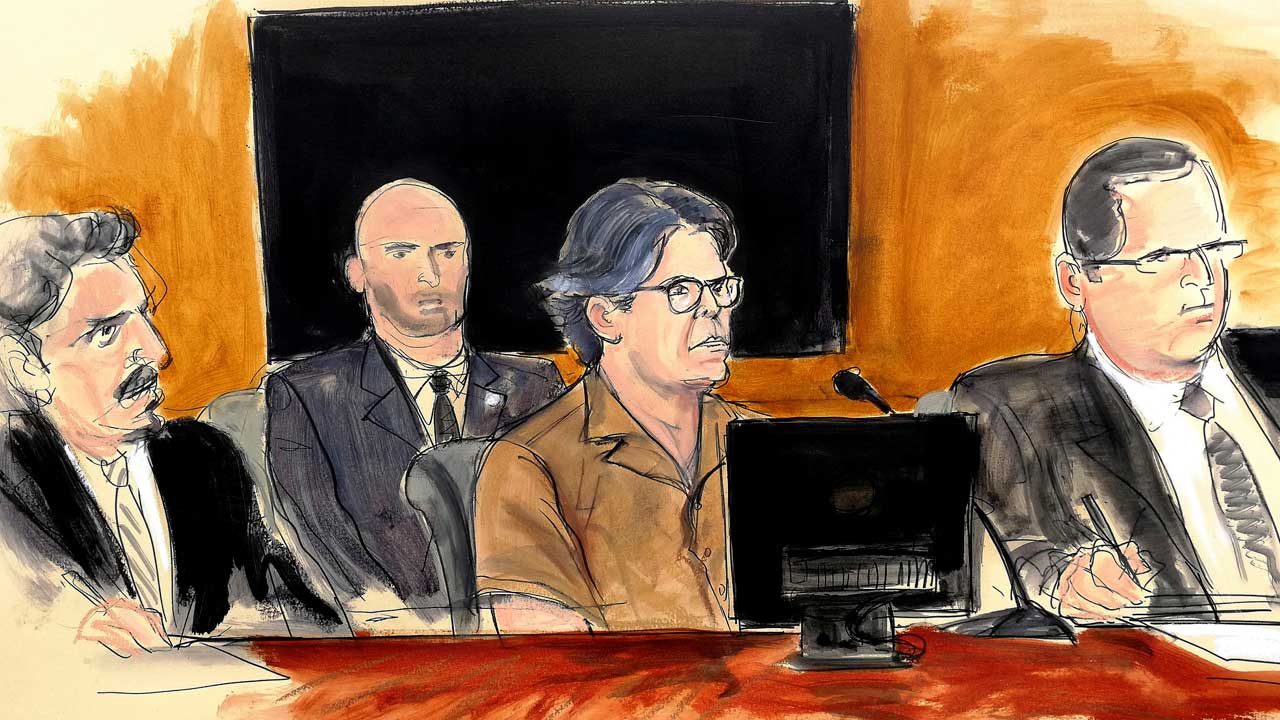 NEW YORK — A woman testified on Tuesday that shortly after being recruited for a secret “master-slave” society within an upstate New York self-help group she got a disturbing message from her handler: It was her turn to “seduce” the group’s leader, Keith Raniere.

The witness at Raniere’s trial at federal court in Manhattan said she thought to herself, “Oh God. This is not what I want to do. What does this even mean?”

The 32-year-old woman from England testified in federal court in Manhattan only using her first name — Sylvie — to protect her privacy. She was to return to the stand Wednesday as the first of several women expected to testify about the dark underbelly of NXIVM, a group that’s been compared to a cult.

Raniere, 58, has pleaded not guilty to sex-trafficking and other charges. He claims his encounters with the alleged victims were consensual.

Five of Raniere’s co-defendants, including TV actress Allison Mack, have pleaded guilty. Mack is a possible government witness at a trial expected to last six weeks.

Testimony from the first witness came after opening statements in which Assistant U.S. Attorney Tanya Hajjar described Raniere as a master manipulator who used “shame and humiliation” to force women to have sex with him while he was a spiritual leader known as “Vanguard.” The prosecutor alleged that Raniere really was a “con man” and “predator” whose offenses included having sex with a 15-year-old girl when he was 45 and having some female followers branded with his initials.

“The defendant pretended to be a guru,” Hajjar said, “but he was a criminal.”

Defense attorney Marc Agnifilo conceded the evidence, including that some slaves had abortions, could be offensive. But he insisted his client’s intent was to help his devotees by teaching them lessons about achieving inner strength through vulnerability.

“This is something these people signed up for,” Agnifilo said. “They were there to make their lives better.”

The first witness painted a different picture, saying that when she was told to seduce Raniere in 2015, she couldn’t refuse because another woman who was her “master” had collected embarrassing material from her. The so-called “collateral” included a letter written to her parents where she falsely claimed she was a prostitute.

As a slave, “I had to do what my master said to do or my collateral would be released,” she said. Another purpose was to “basically make me keep my mouth shut,” she added.

She said she tried to flirt with Raniere by text only to have him respond: “You’re going to have to do better than that.” He soon was demanding that she send him nude photos, she said.

Since she was married, “It was a freaky thing,” she said. “I had to do it in secret.”

At one point, she was “horrified” to learn that her father had stumbled across a computer file of her photos and immediately stopped sending them, she said. She started to cry on the stand while describing how her “master” scolded her for not getting Raniere’s permission first.

She concluded her testimony for the day by saying she was informed that when it came to Raniere, “the next thing would be in person.”

San Francisco to Join List of Those Banning Cashless Stores