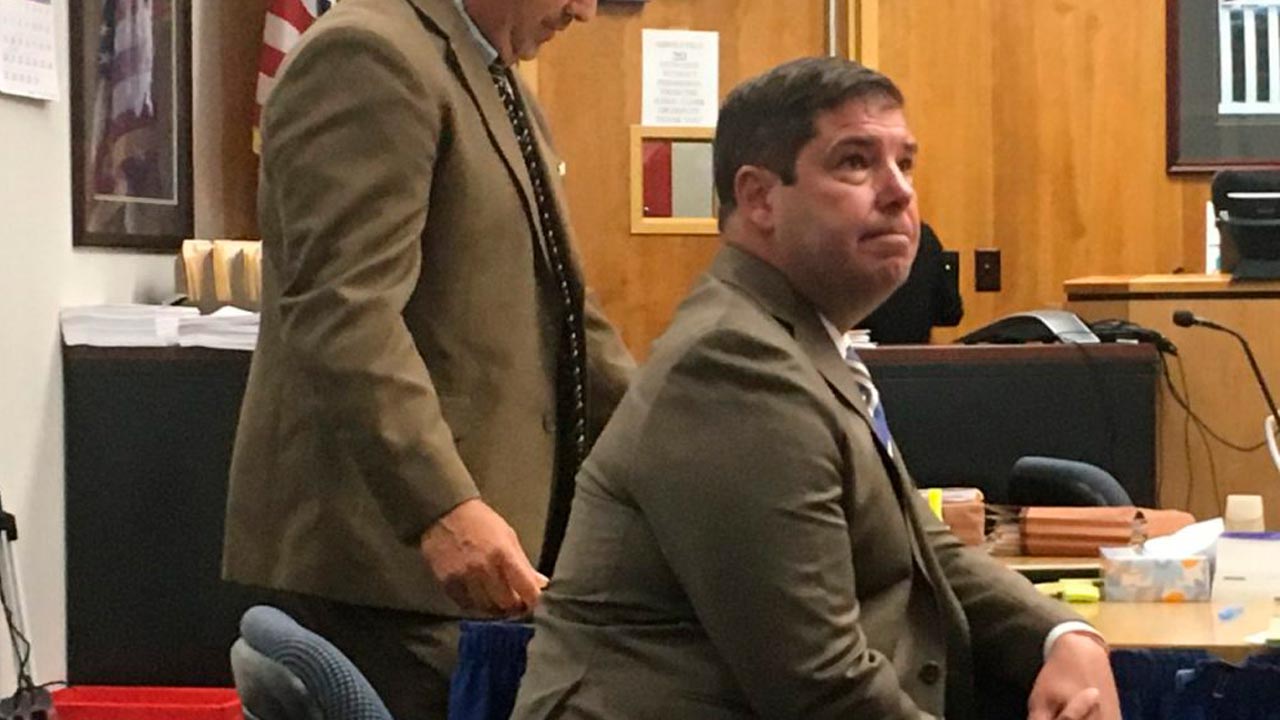 In her second day of testimony, the 7-year old daughter of Joaquin Arambula recalled a family vacation to a Guadalajara, Mexico, ranch.

The girl said Monday she was excited because she got chocolate milk, directly from the cow.

“It was really good. Probably the best chocolate milk I’ve ever tasted,” she said.

The audience either smiled or giggled at the girl’s recounting of the trip in a trial that very well could determine Arambula’s political future.

Arambula, the Fresno assemblyman on trial for alleged child abuse, listened as his daughter — the alleged victim — took questions from his attorney, Margarita Martinez-Baly.

Martinez-Baly asked about family vacations to Mexico, Cambria, and Disneyland. She introduced 12 photos, mainly of Arambula and his daughter, usually embracing or smiling during those trips.

Some of the photos included when Arambula spoke at his daughter’s school career day, in his physician’s coat.

When not talking about family trips, the girl said that when she fights with her 6-year old sister, her dad gets upset. She said that sometimes she doesn’t feel listened to, and her younger sister gets more attention from her parents than she does.

The defense finished its questions, and prosecutor Steve Wright did not have any redirect. He reserved the right to recall her if needed.

Detective Kenneth Dodd, the lead investigator with the Fresno Police Department, took the stand next. He testified that he helped arrange the interviews with the girls, and the Multi-Disciplinary Interview Center.

He also said the photos of the injury, a bruise by the right eye, did not meet the threshold of great bodily injury.

The prosecution then played a video of the girl’s interview with MDIC forensic interviewer Josie Roderick on Dec. 11, 2018, two days after the alleged incident.

The girl said her dad gave her the bruise. She recalled to Roderick how her dad came into her room during bedtime after she fought with her sister.

At various times, the girl said her dad pushed her down on the bed, hit her in the mouth, and that the injury was caused when her dad tripped on a toy in the room and fell into her.

“He didn’t hit me, he tripped and fell on my bed,” she said. She noted his head fell into her knee, causing her to scream.

During her previous courtroom testimony, the girl said her dad “grasped” her, not slapping her as she initially told investigators. She made the mistake, she explained, because she did not know the meaning of “grasped.”

Judge Calls Foul on Himself

Judge Alvin Harrell admonished himself over mixing up court dates. The trial isn’t scheduled for Thursday afternoon. However, Harrell said he made a mistake with a doctor’s appointment date for himself, thus he is available on Thursday. He said you should always write those things down.

Harrell asked the jurors if any of them made plans for that afternoon and said he would understand if they had done so. One juror reluctantly raised her hand to say she had a hair appointment.

The judge did not decide whether the court will be in session then.

The testimony of Dodd continues Tuesday morning. Wright said other witnesses will be Arambula’s 6-year old daughter and teachers from the girl’s school, Dailey Elementary.