Arambula's Daughter Says She Was 'Grasped,' not Slapped 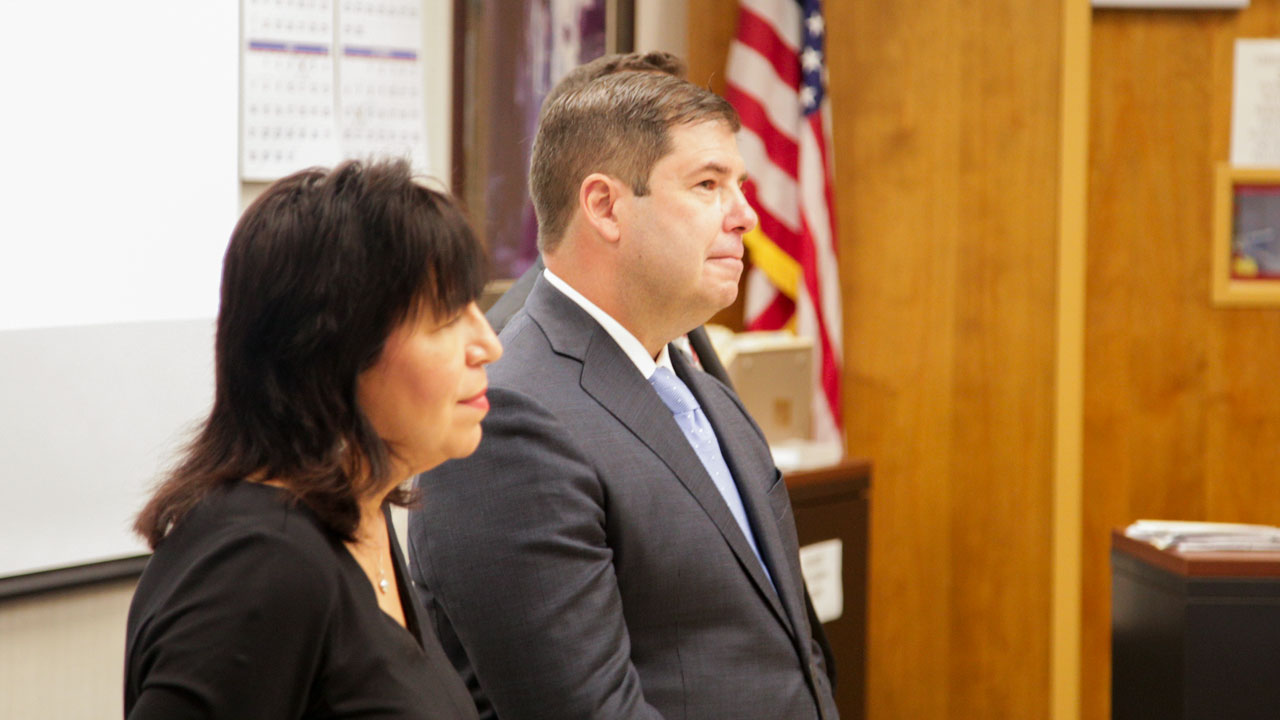 Holding a green purse with a cat’s face painted on the side and a stuffed toy bunny in a Wonder Woman costume, she took the stand as the prosecution’s first witness.

Arambula, who represents Fresno in the state Assembly, is charged with one misdemeanor count of child abuse for allegedly slapping his daughter and bruising her face.

The girl told the court that her father didn’t slap her, rather he “grasped” her. She said she didn’t believe his actions were intentional.

Related Story: As Arambula Trial Continues, What About His Medical License?

Daughter Explains What She Told Investigators

She explained why she told investigators she was slapped. It was because she did not know the word “grasped” and thought it meant “slapped.”

Her testimony conflicted with what the prosecution alleged in court briefs and in Deputy District Attorney Steve Wright’s opening statements.

“(Arambula) got so upset, so angry, so mad and lost his temper, that he squeezed … her face to shut her up, to get her to be quiet and then smacked her on the side of her head,” Wright told the jury.

When he said “smacked” he slapped his hands together. Arambula, sitting at the defendant’s table, shook his head in denial.

What Led to Father-Daughter Confrontation

She recalled that she fought with her 6-year old sister that day, causing her sister to cry. Arambula came into their bedroom. She said she could tell he was mad because his fists were balled at his side.

He pinned her to the bed, she said, grabbing her head with both of his hands.

His ring on his left hand left a mark on the right side of her face, she said, but she didn’t even realize it until the next day at school.

She told the court that Arambula grabbed her head two times. She said the first time, it hurt like getting a shot from a doctor.

“Did your dad hit you on purpose?” Wright asked.

“No” the daughter answered. “He was trying to push my head down instead of trying to hurt my head.”

The girl also testified that her father sometimes squeezed her when he was mad at her, at times hurting her stomach.

In her testimony, she had a hard time recalling her interactions with her teachers at Dailey Elementary Charter School the following day.

According to investigators, the daughter told social worker Amber Fithian that her father slapped her, after the school called CPS upon discovering the bruise.

On the stand, the girl said she used the wrong word.

“I used the word that I did know, which is ‘slapped.’ And, I thought it was kind of similar to what I was trying to say.”

Since then, she said she has learned the meaning of the word, either from school or from her family.

Wright asked her to explain the difference between the words.

Arambula defense attorney Margarita Martinez-Baly cross-examined the girl. She started with jokes in an apparent attempt to lighten the mood.

Martinez-Baly asked her about school, her love of writing, and how she gets along with her sister.

They also discussed a book her second-grade class read called “The Tale of Despereaux.”

In that book, a character is slapped on the ears.

During her opening statement, Martinez-Baly offered alternate explanations for the bruise, such as using the story from the book when talking to investigators.

The defense also posited a theory that the girl hurt herself roughhousing with her cousins at a family function the day before the December incident.

Time ran out before the defense could finish its cross-examination. The girl will return to the stand when court resumes Monday afternoon at 2 p.m.

Wright aimed to prove that Arambula acted out of anger and slapped his daughter hard enough to bruise her face.

The prosecution plans to call some of the case investigators, including Fresno police Sgt. Stephen Phebus. He may take the stand Monday.

In order to get a guilty verdict, the prosecution must show (according to the jury instructions read by the judge) that Arambula willfully inflicted unjustifiable physical or mental suffering on a child and he did not act while reasonably disciplining a child.

Willfully is defined as “willingly or on purpose.”

During his examination of the girl, Wright asked her if anyone told her what to say, either to the investigators back in December or in court.

Government to House More Migrants in Tents at the Border