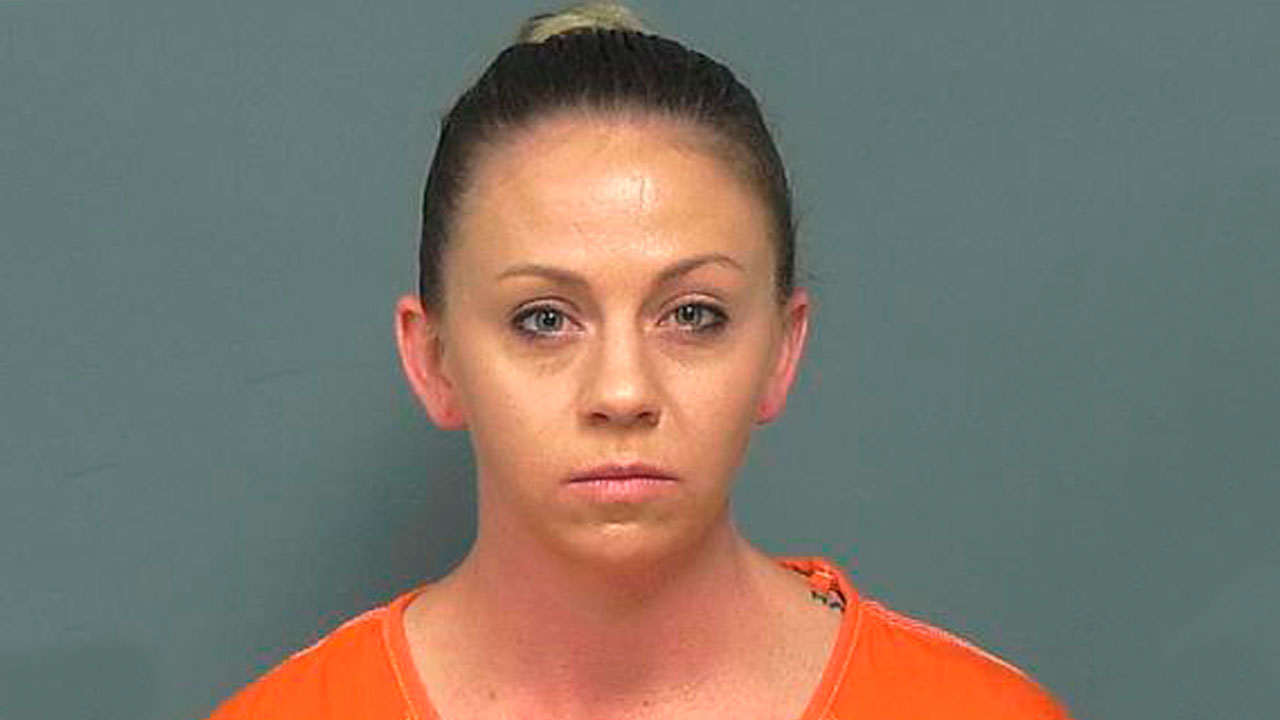 DALLAS — The former Dallas police officer who fatally shot an unarmed black man in his own home told a 911 dispatcher “I thought it was my apartment” nearly 20 times as she waited for emergency responders to arrive, according to a recording of the call obtained by a Dallas TV station.
“I’m an off-duty officer. I thought I was in my apartment and I shot a guy thinking he was, thinking it was my apartment,” Amber Guyger said in the Sept. 6 recording obtained by WFAA .

Guyger, who is white, is charged in the killing of Botham Jean and is set to go to trial later this year. She has said she entered Jean’s apartment, thinking it was her own, and fatally shot him. The department fired her in the weeks following the shooting.
On the call, Guyger can be heard apologizing to Jean, who was a 26-year-old native of the Caribbean island of St. Lucia who worked in Dallas for an accounting and consulting firm.
WFAA hasn’t said how it obtained the recording.
Dallas police did not authorize the audio’s release and the department has opened an internal affairs investigation into the matter, said Senior Cpl. Melinda Gutierrez. The department again declined to provide the recording to The Associated Press in response to a public records request, saying Tuesday it is exempt as part of an ongoing criminal case. A spokeswoman for the Dallas County District Attorney’s office and one of Guyger’s lawyers, Toby Shook, declined to comment, citing a judge’s gag order in the case.

Guyger sounds frantic during the nearly six-minute call, saying “I’m gonna lose my job” and “I am going to need a supervisor.” At one point, she seems to question how she ended up in Jean’s apartment and says, “I’m so tired.” The call ends as police officers arrive and Guyger tells them, “No, it’s me. I’m off duty, I’m off duty.”
Attorney Daryl Washington, who is representing Jean’s family, noted that Guyger did not tell the operator she was afraid of Jean or that she thought he was an intruder.
“There was nothing in that video or the recording where she ever indicated she thought Botham was trying to harm her,” Washington told WFAA. “She was very fast to shoot without asking very many questions.”
Lawyers unconnected to the case say that the 911 recording could be potent trial evidence that Guyger genuinely believed she was in her own apartment, but that alone is not exculpatory.

Finding Impartial Jury Could be Difficult

Prosecutors will grill Guyger on how and why she mistook Jean’s fourth floor apartment for her own on the third floor, said Heath Harris, a criminal defense lawyer and former first assistant district attorney for Dallas County. Guyger’s defense will largely hang on whether she can persuade a jury that it was a reasonable mistake, he said.
“This is going to all come down to the jury selection,” said Harris. “She’s going to have to testify and make that jury believe her.”
The intense public attention on Guyger’s case might create difficulty finding impartial jurors in Dallas. But the release of the 911 recording is not, unto itself, reason for a venue change, said John Helms, a Texas criminal defense attorney and former federal prosecutor.
In lower profile cases it’s not uncommon for 911 calls to become public before trial. And with so much media coverage of Guyger’s case those paying closest attention will likely hear what they want in the recording, Helms said.
“I don’t know how many minds it’s going to change because most people who are interested have already formed an opinion,” he said. “I don’t know if it’s going to change public opinion.”