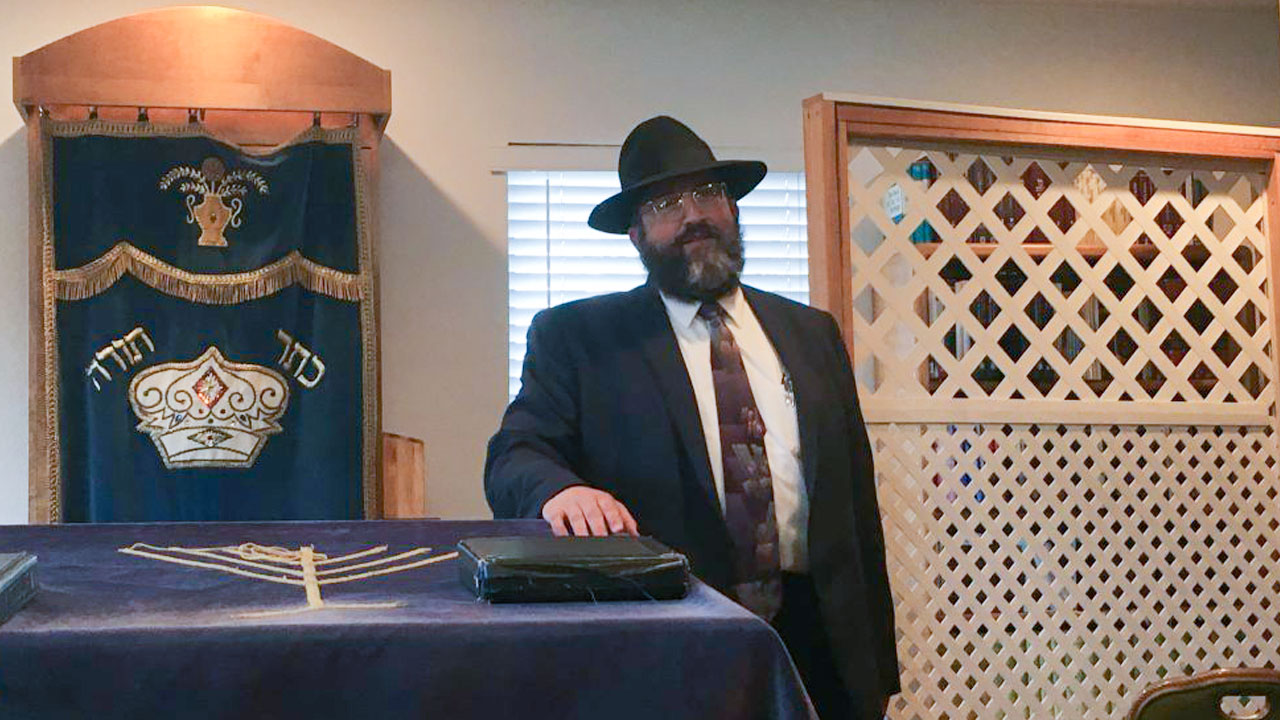 “Love of God, love of our community always will defeat evil. It has through the centuries. It has through history.” — Councilman Garry Bredefeld
He knows Chabad of Poway Rabbi Yisroel Goldstein. The two attended Yeshiva (seminary) together in Brooklyn during the 1980s.
Zirkind’s son, Rabbi Mendel Zirkind, is friends with Goldstein’s son. Their wives went to school together as well. Both Zirkinds visited Chabad of Poway and know the layout of the synagogue.
On Sunday night (April 28), the elder Zirkind led a special service at Chabad of Fresno in solidarity with the congregation of Poway.

“A little bit of light dispels a lot of darkness,” Zirkind said during his sermon. “When we realize we do more good deeds, more kind acts, and influence one more person — it’s not about the quality of the life. It’s about the life in quantity.”
Zirkind urged his audience to take on new mitzvah — commandments from the Almighty.
Fresno City Councilman Garry Bredefeld offered words of support.
“Love of God, love of our community always will defeat evil. It has through the centuries. It has through history,” Bredefeld said.

Zirkind literally opens his home every time he opens for schul (Yiddish for synagogue). Chabad of Fresno doubles as the Zirkind home. It would be inconspicuous if not for the giant menorah on the front lawn on Shepherd Avenue.

The Chabad of Poway attack left one dead and three injured. The gunman is in custody, with anti-Semitism as the suspected motive.
Zirkind’s family reached out to Rabbi Goldsetin’s family after the shooting.
“He knows we are behind him. Where we go from here is you got to keep on building, doing more good deeds,” Zirkind said.
The words of Rabbi Goldstein echoed clearly in Fresno, during the after-prayer barbecue at the Zirkind home.
“We are strong, we are united, they cannot break us,” Goldstein said after the shooting.
The community kibitzed on hamburgers (no cheeseburgers, of course) and chips, wondering if they will be ready if the terror of Poway ever reaches Fresno.