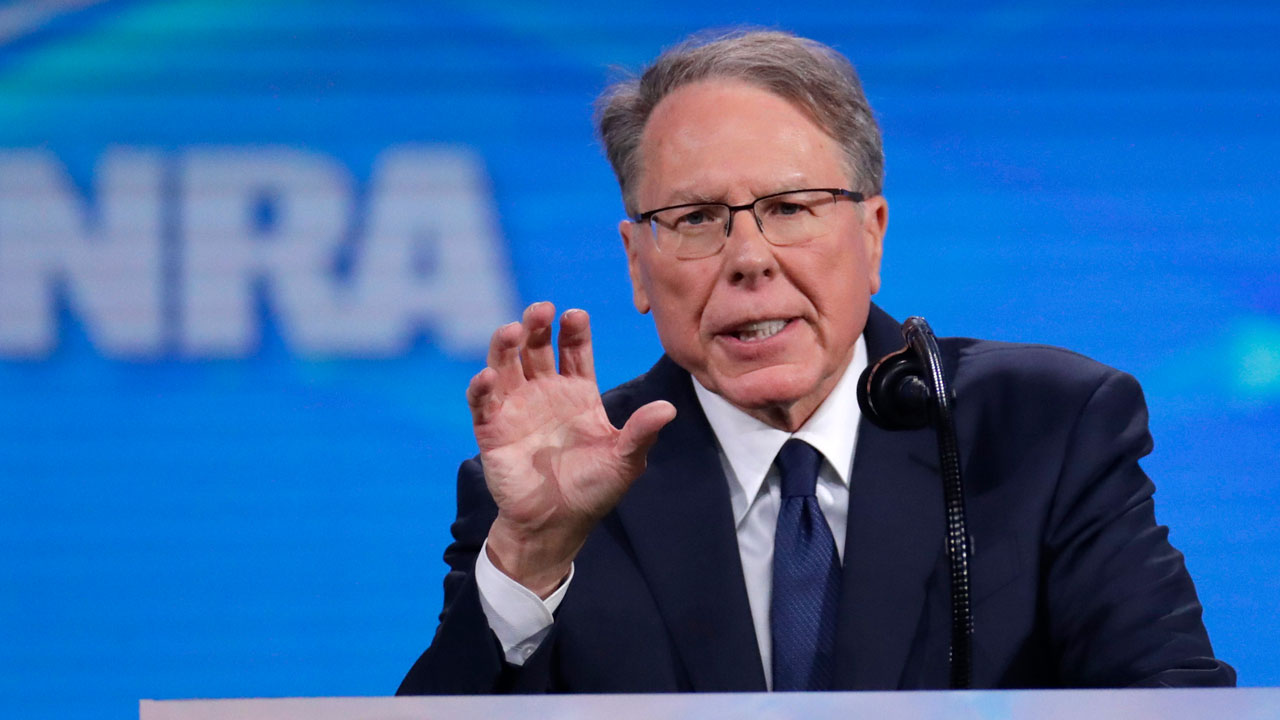 INDIANAPOLIS — The National Rifle Association was plunged into deeper internal turmoil Friday amid an effort by opponents of top executive Wayne LaPierre to drive out the man who has long been the public face of the gun-rights group.
LaPierre sent a letter to board members Thursday outlining that the NRA’s president — Lt. Col. Oliver North — was trying to oust him by threatening to release “damaging” information about him to the NRA’s board. The Associated Press confirmed the contents of the letter.
But several longtime and prominent board members told The Associated Press they were standing by LaPierre, who has symbolized the gun-rights movement for decades with his unwavering support of the Second Amendment.


Of particular concern to some board members and rank-and-file is the fiery tone of NRATV, the media arm of the NRA.
“Wayne has the confidence of a strong majority of the board,” said Todd Rathner, a board member from Arizona who began his tenure shortly after one of the last upheavals within the organization in the 1990s. “They trust him. They know that he’s the face of the NRA. And quite frankly I think that anybody that wants to remove him, they’re going to have to get through this board first.”

The NRA is holding its 148th annual meetings in Indianapolis and the gathering began with a considerable buzz after the NRA filed a lawsuit against Ackerman McQueen, the public relations firm that has earned tens of millions of dollars in the decades since it began shaping the gun lobby’s fierce talking points.
North is aligned with the public relations firm — and at odds with LaPierre and some board members who believe the group’s media operation and messaging have strayed too far from the NRA’s original mission of gun safety and the outdoors. Of particular concern to some board members and rank-and-file is the fiery tone of NRATV, the media arm of the NRA that was created and is operated by Ackerman McQueen.
North, best known for his role in the Iran-Contra scandal of the 1980s, has a $1 million contract with Ackerman McQueen. That has raised alarm bells within the NRA about conflicts of interest. A spokesman for North did not return a message requesting comment.
The dispute played out as President Donald Trump spoke to the convention Friday and vowed to protect gun rights in the 2020 elections.
Ackerman McQueen has been by the NRA’s side for two decades and has crafted its aggressive messaging, including the “From my cold dead hands” line uttered by actor Charlton Heston in 2000 as he vowed to resist any effort to take away his guns. 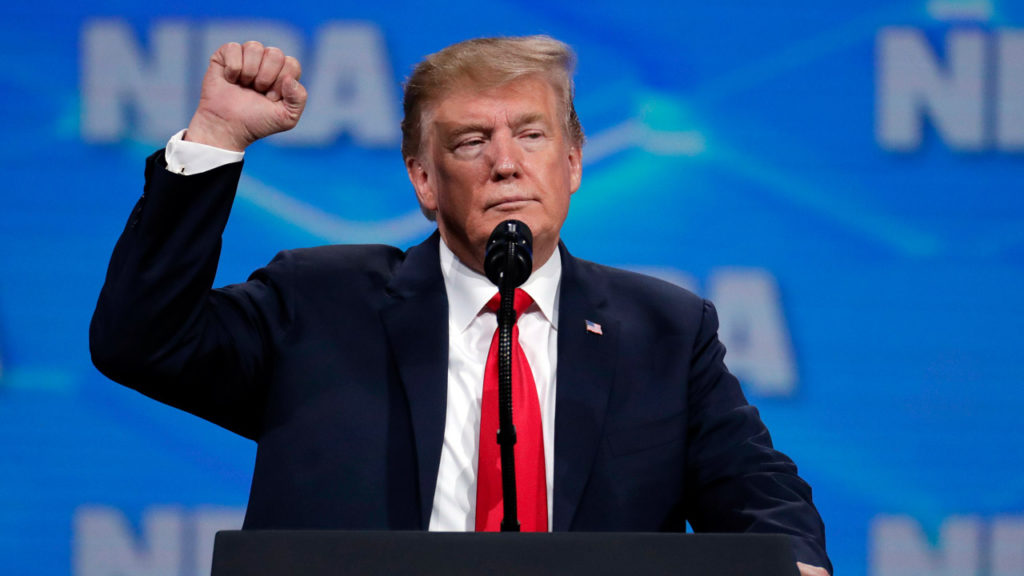 NRATV, the online channel whose hosts not only aggressively defend the NRA and its cause but often venture into political debates not directly related to firearms, such as immigration or diversity on even children’s TV. In its lawsuit, the NRA said some of its members have questioned NRATV’s weighing in on “topics far afield of the Second Amendment.”


One NRATV segment took the children’s show “Thomas & Friends” to task for adding some ethnically and gender diverse characters to its lineup of talking locomotives and other vehicles. The segment featured several trains wearing Ku Klux Klan hoods and sitting on flaming tracks.
“I cannot speak for all board members. I hope all board members are paying close attention to what’s really going on here. I have served this organization as a board member for over 30 years and as its Florida lobbyist for over 40 years,” said Marion Hammer, a former NRA president and credited with successfully using Florida as a test kitchen for new gun-rights initiatives. “I have known and worked with Wayne Lapierre for over 30 years and I know this man. My loyalty to Wayne LaPierre is 110 percent because I know his loyalty to the NRA is 110 percent.
“Wayne Lapierre works for the NRA. His loyalty is to the NRA. Oliver North is employed by Ackerman McQueen, a vendor of the NRA. And it is clear that his loyalty is to Ackerman McQueen,” she added.
It is rare for the NRA to betray any hint of internal turmoil. But it erupted very publicly in recent weeks after the NRA sued Ackerman McQueen, accusing it of refusing to hand over financial records to account for its billings. In 2017 alone, the NRA paid the firm $40 million.

The NRA has faced some financial struggles in recent years, prompting some to question whether the millions spent on public relations and NRATV is worth the money.
One NRATV segment in particular seemed to be the last straw for some members: It took the children’s show “Thomas & Friends” to task for adding some ethnically and gender diverse characters to its lineup of talking locomotives and other vehicles. The segment featured several trains wearing Ku Klux Klan hoods and sitting on flaming tracks.
Gun control advocates reveled in the Game of Thrones-style dispute, considering it an inevitable result of financial troubles and citing polls showing Americans are growing increasingly fond of restricting access to firearms.
“The evidence of the NRA’s mismanagement and dysfunction is mounting by the day, and now its leaders are playing the blame game as to who’s at fault,” said John Feinblatt, president of Everytown for Gun Safety. “The bottom line is this: As the NRA plummets, the gun safety movement just keeps growing.”

A member meeting is set to be held Saturday, which may reveal whether rank-and-file are equally upset with the direction of the NRA. The board will meet Monday to vote on its leadership and that’s where any action would be taken.
Of the board members who spoke with the AP late Friday, all said they fully support LaPierre and have no intention of stripping him of his position. None would say if they thought North would survive a vote to remain as president, a position that is unpaid. Most NRA presidents are elected to two consecutive one-year terms, and North is closing in on the end of his first year.
While LaPierre has been controversial over the years and draws the anger of gun-control groups, board members describe him as personable, hard-working and a fierce advocate of the Second Amendment.
Tom King, a board member from New York for more than a decade, called him “the single hardest-working individual that has done everything he can, dedicated his life to defending the Second Amendment.”