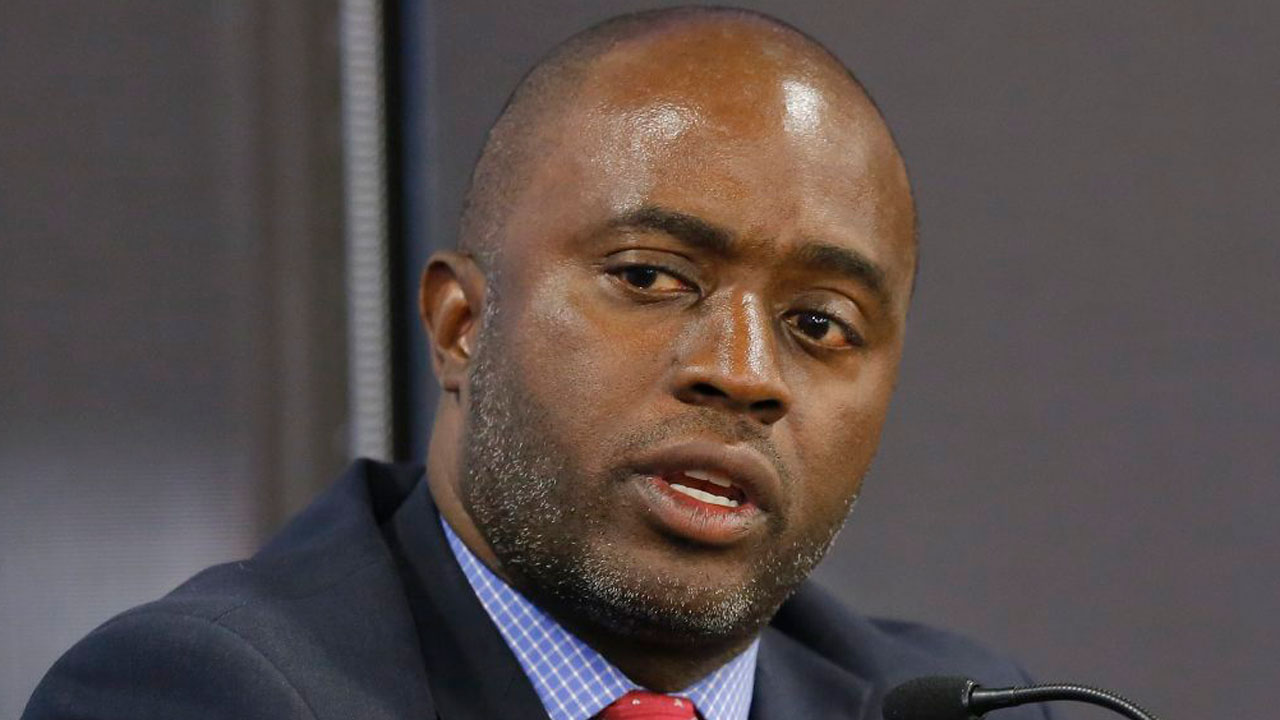 Tony Thurmond seems to be exactly the man that his most loyal backers hoped (and his opponents feared) he would be. Newsom Asked Thurmond to Put Together a Task Force

“Here’s my concern: you cannot open charter schools and new schools to serve every single student in our state,” he continued. “If you take the competition approach, that means some students, a lot of students, will be left behind. And again, I don’t believe that that’s what our mission is. I believe that the promise that we make to each other in society is to provide opportunity to get an education, to live a better life, to be able to acquire what you want through your hard work for yourself and your family. So for me that means that competition is OK in some environments, but when it comes to education we’ve got a responsibility to make sure that every single student gets an education.”
In the 2018 campaign, Thurmond and challenger Marshall Tuck tried to convince voters that they were not as extreme as their opponents sometimes portrayed them to be.
Tuck, with a background in charter schools and over $30 million of charter-backing dollars behind him, stressed his progressive credentials, while Thurmond, supported by teachers’ unions, insisted that he would not be beholden to organized labor.


Related Story: ‘Common Sense Regulations’ or ‘an Extended Middle Finger’? How Far Will ...

Thurmond won by 2 percentage points.
Following the teachers’ strike in Los Angeles, where charter school growth has exacerbated tensions in the district, new Gov. Gavin Newsom asked Thurmond to put together a task force to study the fiscal impact that charters have on school districts. Because schools receive state funding on a per-pupil basis, charter skeptics argue that when students transfer to a charter, it leaves the traditional school unable to meet various fixed costs, such as building maintenance and debt.
The task force is composed of public school district superintendents, union representatives and charter school groups. But Thurmond made his position clear.

“There has been, for many districts, a significant fiscal impact and loss of revenue directly attributed to the growth of charter schools,” he said, citing a report from the left-leaning research center In The Public Interest, which estimated that San Diego Unified School district has lost $66 million while Oakland Unified has lost $57 million. “We have to have tough conversations including the fiscal impact of charter growth on the traditional districts and come out in a way where we can do what’s best for all of our students in the state.”

Challenges Blamed on a Lack of Funding

Among the challenges he blamed on a lack of funding:

But Thurmond also blamed the recent flare-up of labor action across the state on a longstanding lack of trust between teachers’ unions and the school district administrators. And the fault primarily lies with the administrators, he said. Before serving the state Assembly, Thurmond was a West Contra Costa Unified school board member, and he helped mediate the recent strike in Oakland.
“There is a history in the state, and maybe in the country, of times when school boards would sort of hide the revenue that was available…as a way of avoiding having to negotiate salaries,” he said.

“That is not representative of the conduct of the vast majority of the roughly one thousand school districts across the state,” said Troy Flint of the California School Boards Association. But he also agreed with Thurmond that the primary issue is funding.

A growing Source of Financial Stress for Many Districts

“The battle is not between labor and management. The focus needs to be on our legislators and leaders in Sacramento, and forcing them to confront the fallout from being 41st in the nation in school funding,” he said.


“The battle is not between labor and management. The focus needs to be on our legislators and leaders in Sacramento, and forcing them to confront the fallout from being 41st in the nation in school funding.” — Troy Flint of the California School Boards Association
On the issue of pensions and health care costs for retired teachers—a growing source of financial stress for many districts—Thurmond insisted the solution was not to cut the benefits owed to employees.
“Everyone deserves a pension,” he said. “I think we’re going to have to figure out how we’re going to pay for it.”
He added that he has formed a task force to identify new sources of funding. One idea: reform the state constitution so that commercial property owners pay property taxes based on the market value of their property, rather than the purchase price.
That tax tweak to Proposition 13, known as “split roll” will be on the ballot in 2020.
Listen to CALmatters March 21 discussion with Tony Thurmond at San Francisco’s Commonwealth Club here.
CALmatters.org is a nonprofit, nonpartisan media venture explaining California policies and politics.
Related Topics:CALmatterscharter schoolsEducationpublic instructionsuperintendentteacher strikesTony Thurmond
Up Next