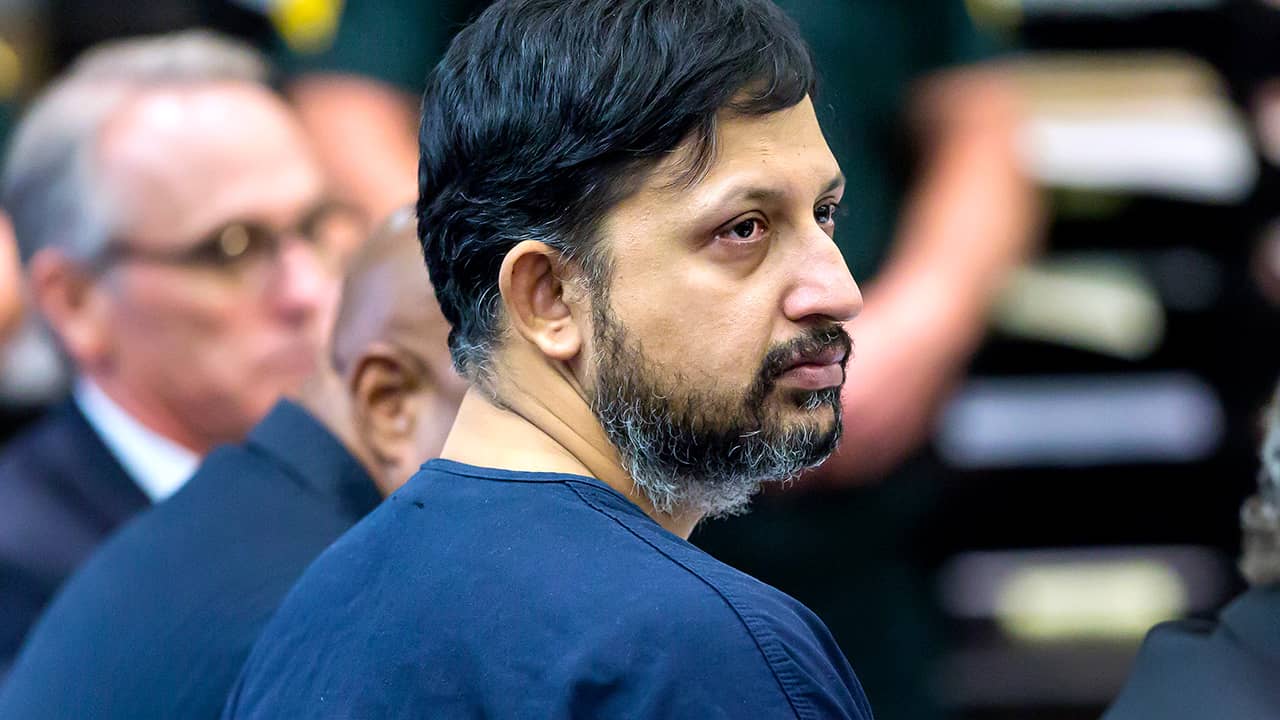 WEST PALM BEACH, Fla. — A former Florida police officer received a 25-year prison sentence Thursday for the fatal on-duty shooting of a black musician whose SUV had broken down after a late-night concert.

Prosecutors Said Raja Never Identified Himself as an Officer

Raja’s wife, Karine, asked Marx to show leniency so her husband could be a father to their two young children. She said the media and others had unfairly portrayed him as “a monster, the angel of death.” Raja, dressed in a blue jail jumpsuit with his wrists and ankles shackled, often dropped his head as his wife spoke. He had grown a beard since his convictions last month for manslaughter and attempted murder and appeared to have lost weight.
“Why I am so angry is that the wrong person was chosen to be a sacrificial lamb,” his wife said. “Raja is the man you wanted serving and protecting you.” His attorneys left court vowing to appeal.
Prosecutors contended Raja escalated what should have been a routine interaction into a deadly confrontation with Jones, a housing inspector and part-time drummer. Raja’s attorneys had argued that he acted in self-defense both as a police officer and under Florida’s controversial “stand your ground” law, which a previous judge rejected.
Raja, of Asian descent, was in plain clothes for an auto burglary investigation team when he spotted Jones’ SUV at 3:15 a.m. on Oct. 18, 2015. Jones was headed home from a nightclub performance by his reggae band when his vehicle stalled on a dark highway off-ramp. He had a concealed-weapons permit and carried a handgun, purchased days earlier to protect his $10,000 drum set, which was in the SUV.
Raja, wearing jeans, a T-shirt and a baseball cap, drove an unmarked van the wrong way up an off ramp within feet of the SUV.
Prosecutors said Raja never identified himself as an officer and acted so aggressively that Jones must have thought he was about to be carjacked or killed. Raja’s supervisor testified the officer had been told to don a police vest if he approached a civilian. He didn’t, nor did he pull his badge.
What police didn’t know at first was that Jones had been talking to a tow-truck dispatcher on a recorded line. That recording shows Jones saying “Huh?” as his door opens. Raja yells, “You good?” Jones says he is. Raja replies twice, “Really?” with Jones replying “Yeah.” Suddenly, Raja shouts at Jones to raise his hands, using an expletive. Jones replies, “Hold on!” and Raja repeats his demand.