SUNNYVALE — A California man who authorities said drove his car through a crosswalk in a quiet Silicon Valley suburb, slamming into eight people, is an Army veteran of the Iraq War who suffers from post-traumatic stress disorder, his mother told The Associated Press on Wednesday. 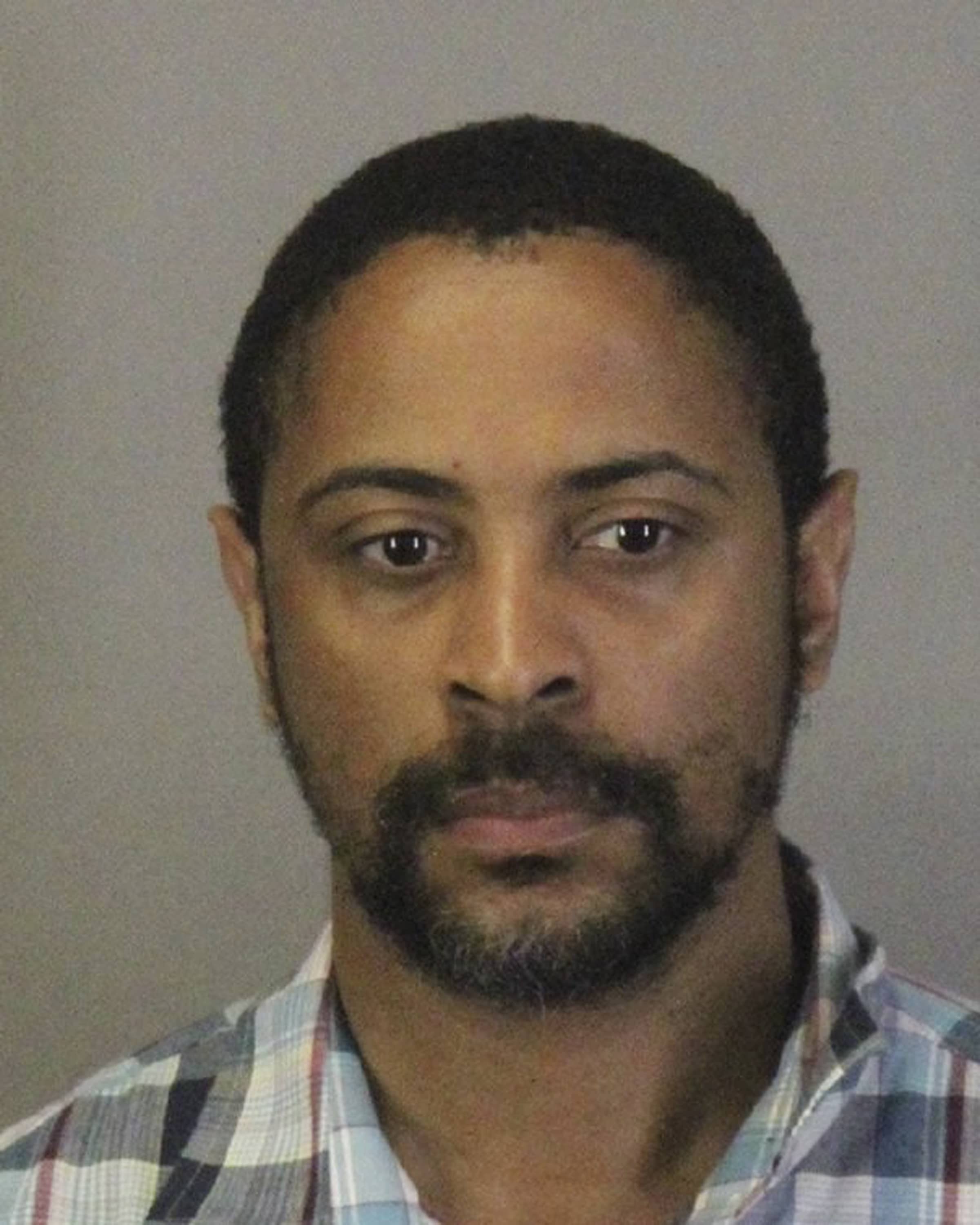 Police said in a tweet that the suspect is Isaiah Joel Peoples, a 34-year-old resident of the city of Sunnyvale. He was arrested Tuesday night after speeding through the intersection and crashing his Toyota Corolla into a tree. The conditions of the injured, including a 13-year-old girl, were not disclosed Wednesday, but police initially said at least three suffered serious injuries.

Peoples’ mother, Leevell Peoples of Sacramento, California, said Wednesday that she couldn’t imagine any situation in which her mild mannered son would deliberately crash into innocent people, other than something related to the PTSD she said he experienced after serving as an Army sharpshooter in Iraq.

“Unless the car malfunctioned, he would not have done that. He’s like the perfect, model citizen,” she said. “He’s an Army vet, he’s a good kid, never been arrested. I promise you: It was not deliberate. If anything, it was that Army.”

Peoples, who is an auditor for the Department of Defense in Mountain View, received inpatient treatment for PTSD in 2015, his mother said.

The crash happened at a large intersection in an area of commercial strip malls that residents describe as a quiet suburb. Businesses and roads were back open Wednesday morning, and the police tape that had been put up to cordon off the area as officers investigated had been removed.

Driver Was Speeding and Drove Directly Toward Pedestrians

The only signs of the crash were skid marks on the sidewalk where the car swerved, and a dented tree that Peoples crashed into, muttering thanks to Jesus as he slumped over the steering wheel of a hissing car.

Don Draper, 72, said he was waiting in his convertible for the light to turn green when the Toyota zoomed by. Draper said he was so enraged that he marched over to the car.

“He basically probably has no friends but the people he works with. I’m just hoping the Army stuff wouldn’t have caused this to happen. He doesn’t have any seizures or anything.” — Leevell Peoples, the driver’s mother

Other witness statements matched Draper’s recollection that the driver was speeding and drove directly toward the pedestrians without trying to veer away or stop before striking them in the city about 50 miles (80 kilometers) south of San Francisco.

Some of the witness statements “show that the driver did not try to avoid the pedestrians at the crosswalk, and there was no attempt to swerve, drive away or brake,” Sunnyvale Department of Public Safety Capt. Jim Choi said.

But the driver’s mother, Leevell Peoples, described him as a well-behaved son who treats everyone with respect and attends church on Sundays. Isaiah wouldn’t even run a yellow light, she said.

“He basically probably has no friends but the people he works with,” she said. “I’m just hoping the Army stuff wouldn’t have caused this to happen. He doesn’t have any seizures or anything.”

She said her son graduated from Sacramento State University after returning from Iraq in 2007. But he did have “a bad episode” with PTSD about two years ago, and Peoples said her son told her he has been regularly taking medication since.

FBI Is Assisting California Officials in the Investigation

“Everyone in his family knows how cautious he is, and he would never do anything to hurt someone,” she said.

Former housemate Chuck Herrera described Peoples as very quiet, someone who had to be coaxed into going out for drinks or dinner. But he said Peoples was polite and kind and sweet to Herrera’s toddler son.

He recalls Peoples “always had a lot of pills,” and had a cough.

“I saw a body flying through the air, and one of them was right in front of me. This woman was about 10 feet off the ground; I can see her feet pointing upward.” — Don Draper, witness

“The guy I met was not someone who you think will hurt someone,” he said. “My guess is something happened.”

Leevell Peoples said the Army forced her son to retire because of his PTSD. Pentagon spokeswoman Lt. Col Carla Gleason confirmed Wednesday that he retired from the U.S. Army but provided no other details.

Draper said a victim landed in front of his car, with what appeared to be a bloody head wound.

“I saw a body flying through the air, and one of them was right in front of me,” Draper said. “This woman was about 10 feet off the ground; I can see her feet pointing upward.”

Some of the eight people injured were at a corner or on the crosswalk when the car hit them before smashing into a tree, Choi said. The victims were taken to the hospital after the crash near a shopping center, Choi said.

An update on their conditions was expected later Wednesday.