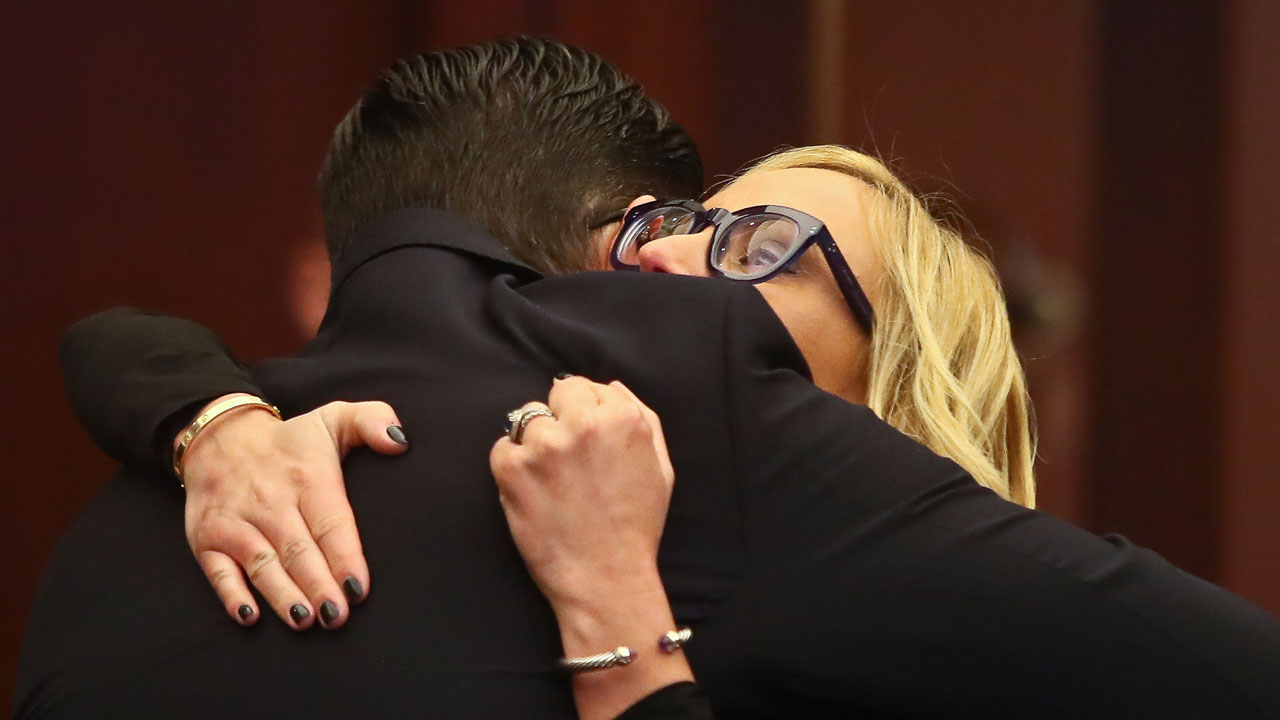 TALLAHASSEE, Fla. — Florida is on the verge of expanding a law that allows some teachers to carry guns in the classroom after the Senate passed a wide-ranging school safety bill Tuesday.
The bill seeks changes to a law enacted last year after a gunman killed 17 people in a rampage at a Parkland high school. While Democrats and Republicans agreed on nearly all other provisions in the bill, the one sticking point was a proposed expansion of a “guardian program” that allows guns in schools. Right now, only teachers who have a role outside the classroom, such as an athletic coach, can participate. The vote was 22-17, with all but one Republican in favor and all Democrats opposed.

Expands Eligibility to All Teachers

The bill would make all teachers eligible for the program if they volunteer, undergo psychological evaluation, are trained by a sheriff’s office and the school districts approve. It passed on a 22-17 vote with all Democrats against and all but one Republican in favor. Democrats argued there’s a greater chance of a student being accidentally shot than being killed in a mass shooting. Republicans said a teacher might be able to stop a shooter before police can arrive at a school.
Republicans repeatedly emphasized the voluntary nature of the program.
“This bill does not arm one single, solitary teacher,” said Republican Sen. Manny Diaz. “What this bill does is provide the 67 school districts, the 67 different communities in this state, with the ability to do what they need to do to protect our kids.”
So far, 25 districts have approved participating in the guardian program.

Over and over, supporters noted that there were fewer than four minutes between the first and last gunshots during the massacre at Marjory Stoneman Douglas High School that left 14 students and three faculty members dead on Feb. 14, 2018. Diaz said in some rural counties it could take more than 20 minutes for law enforcement to arrive at a school during a shooting.
“Those that have law enforcement 20 to 25 minutes away need another option to protect those kids,” Diaz said.
But Democratic Sen. Bill Montford, the former Leon County school superintendent, said the Legislature should provide districts the money so they can hire “real, true, well-trained law enforcement” instead of arming teachers.

Asking Teachers to be Law Enforcement

“What I have noticed in the last 40 years is that teachers have been asked to take on the responsibilities that our communities simply can’t address,” Montford said. “When parents fail, we ask our teachers to be parents. When the mental health services fail, we ask our teachers to be counsellors. When social services fail, we ask our teachers to be social workers. Now one more time — one more time — when the safety of our students are at risk, we’re asking our teachers to be law enforcement people. And that’s wrong.”
He said he knows the program is voluntary, but after working in education for 40 years, he said he also knows teachers will feel pressure to volunteer.
“What we’re telling teachers is that if you want protection for you and your children, then do it yourself,” Montford said.
The bill was based on recommendations from a commission formed after the shooting at Marjory Stoneman Douglas High School. Both sides said they support the other parts of the bill, including provisions dealing with mental health assessments and reporting violent incidents and potential threats at schools. A companion bill is awaiting a House vote.
Authorities say former student Nikolas Cruz carried out the Parkland attack. Cruz, now 20, faces the death penalty if convicted.

Parents Arrested in California After Children Found in Cages