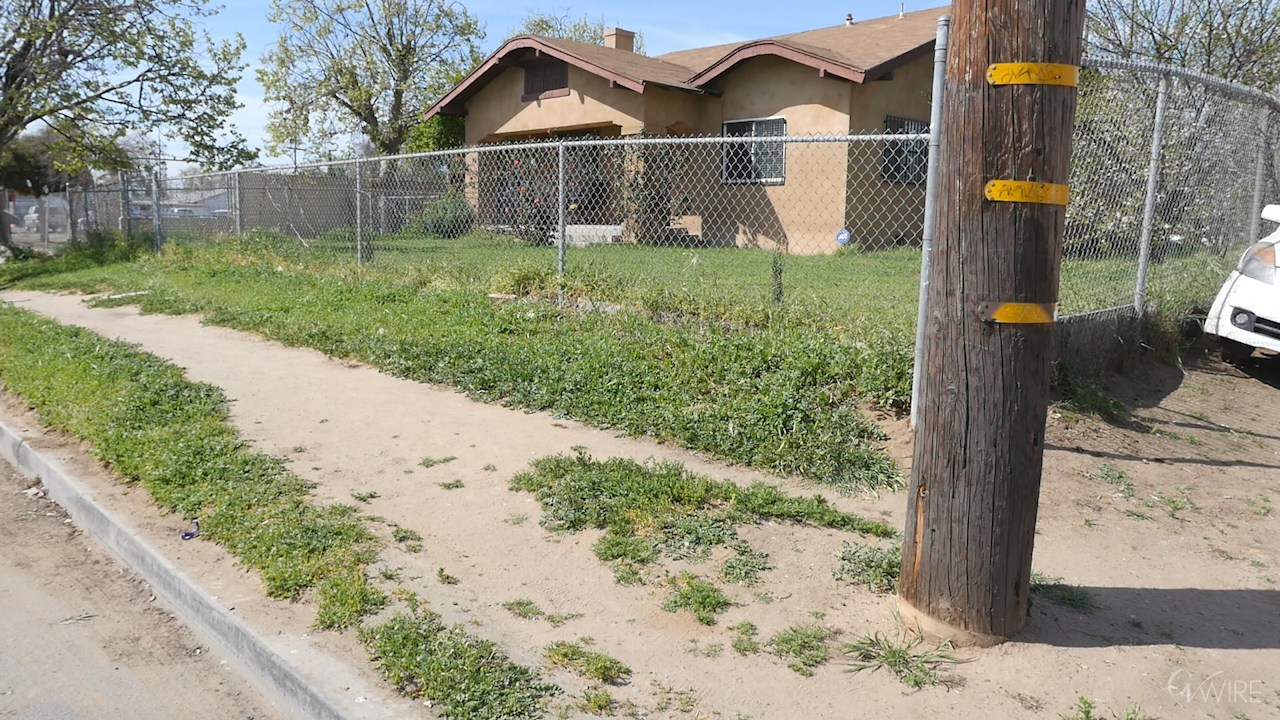 On a Monday afternoon, Lee Brand and Miguel Arias stood side by side, shoveling dirt at a police station groundbreaking.
Hours earlier, Arias was anything but smiles with Fresno’s mayor. He, along with three other council members, criticized Brand’s plan on how to spend $12 million in state funding for improving local roads. 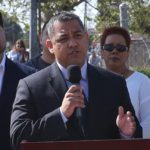 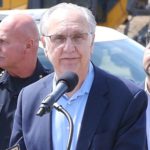 “If there are not four votes, it could be delayed a week. Ultimately, there is going to have to be an agreement with my administration and the council. But it has got to be a reasonable one. It can’t be a ‘twist your arm’ political blackmail.” — Mayor Lee Brand
Brand’s plan, released last Friday (March 29), doesn’t distribute the money equally across districts. But each district will receive at least $1.4 million.
The news conference notwithstanding, Brand said it’s not about politics.
“We try to balance all those different factors and different categories into a known, proven system that objectively evaluates these funds. Is it a perfect system? No. Is it subject to debate? Yes. But, that’s a starting point. If we start down this slippery road of politicizing business decisions, it’s going to be a tough one to follow,” Brand said.
The district where the councilmembers spoke in southeast Fresno, represented by Luis Chavez, will receive $2 million in Brand’s plan. Esmeralda Soria’s District 1 will also receive nearly $2 million.
Brand realizes this is a long-term effort
“I can’t solve 100 years (of neglect) overnight, but we can certainly start in that direction,” Brand said. The issue for the progressive members of council is fairness.
“We’re arguing, and what we are stating here today is we are not looking for equality, we are looking for equity, and that’s the big difference. You see the infrastructure here?” Chavez said. “A neighborhood built here in 1913 absolutely needs more resources and investments than a neighborhood built in 1990.”
The councilmembers also floated a plan to budget SB 1 money on a five-year cycle, not just annually.

Soria and her colleagues pointed to sidewalks as a priority.
Velia Gamez has lived in the neighborhood near Orange and Butler avenues for 15 years. Mobility on dirt sidewalks presents a challenge for her.
“It is very difficult. I have to use a walker. I don’t own a car. I have to walk to go to the grocery store or the doctors. During the rain, I have to walk on the street,” she said through an interpreter.
Brand says he’s open to spending money on sidewalks, but it has to be done in a cost-efficient way.

Steve Brandau (District 2) is in his final week as a city councilman before leaving for the Fresno County Board of Supervisors. He observed his colleagues at their news conference. Chavez later joked that Brandau did so uninvited.
Brandau said he is sympathetic to the need of south Fresno residents, but he’s not willing to give up funds slated for his northwest Fresno district.
“I think that it’s a little unfair to the taxpayers in north Fresno … to take the tax dollars away from them and shift it to south Fresno,” Brand said. “The streets in north Fresno still need repair. I hear from my citizens all the time. So, yes, I’m going to fight for them.”
Brandau and Councilman Garry Bredefeld (District 6) will hold a news conference Tuesday calling for SB 1 dollars to stay in their districts.

The Need for Four Votes

Nelson Esparza (District 7) did not participate in the news conference with his colleagues, but noted his objection in a news release.
“The administration’s proposed SB 1 funding plan for infrastructure is dead on arrival,” Esparza wrote.
That means four councilmembers oppose the Brand plan as it stands. They are scheduled to debate the issue Thursday.
“It could be continued,” Brand said. “If there are not four votes, it could be delayed a week. Ultimately, there is going to have to be an agreement with my administration and the council. But it has got to be a reasonable one. It can’t be a ‘twist your arm’ political blackmail.”
Brand said the worst case scenario is losing the $12 million, something that no one wants.