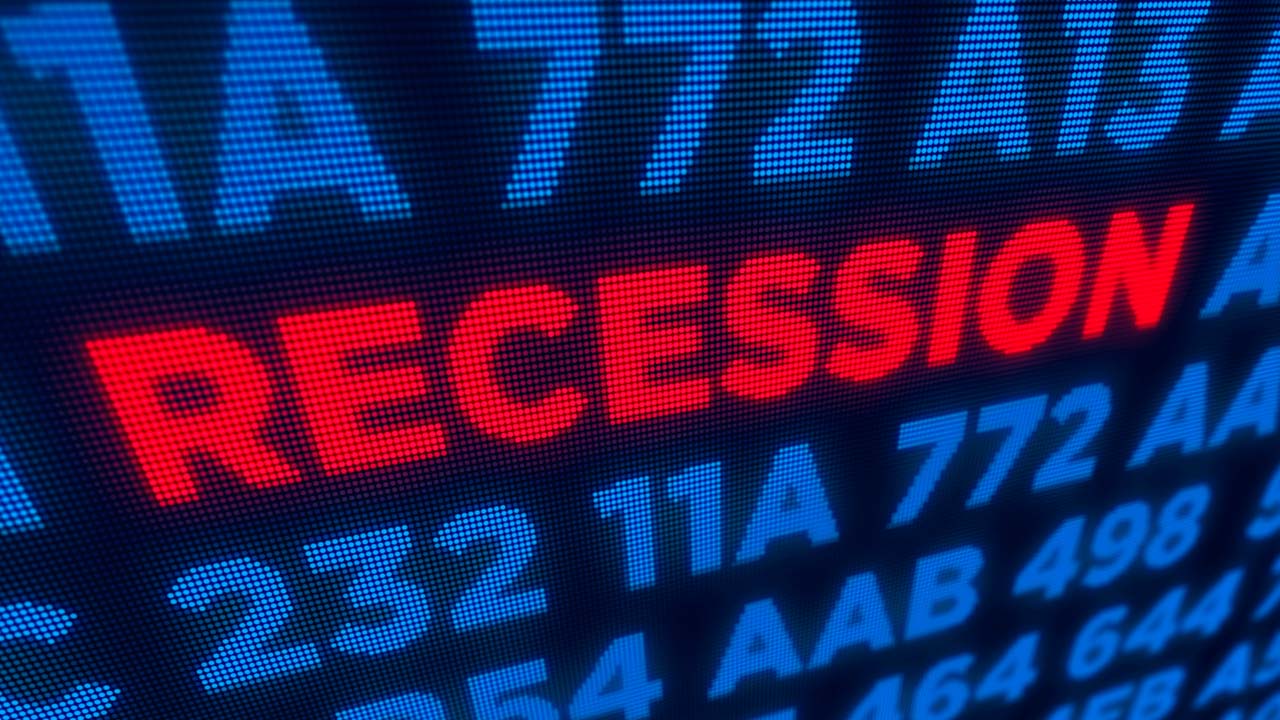 The bond market smells a recession. On Friday, stock investors caught a whiff, too.

Economic forecasters and Wall Street traders have been watching for months as interest rates on long-term U.S. government bonds have dropped toward the rates on short-term debt.

Investors normally demand higher yields to buy longer-term bonds, and when those long-term yields decline it can signal a slowdown in economic growth.

On rare occasions, long-term yields can actually fall below yields on short-term bonds — a “yield curve inversion” in the parlance of the markets. Such unusual occurrences have preceded every recession over the past 60 years.

And it happened Friday.

The inversion followed a sharp decline on yields on long-term Treasury bonds this week after the Federal Reserve decided Wednesday to leave interest rates unchanged and signaled that it was unlikely to raise rates through the end of 2019.

But a round of dour economic data from Europe actually pushed the measure into inverted territory. The yield on the 10-year Treasury note tumbled to 2.45 percent early Friday, its lowest level since January 2018. That was just below the 2.46 percent yield on three-month Treasury bills.

There are many ways to measure the yield curve. On Wall Street, many analysts look at the difference between yields on two-year and 10-year Treasury notes, which has not yet inverted.

But research from the Federal Reserve Bank of San Francisco has cited the yield difference between three-month Treasury bills and 10-year Treasury notes — which inverted Friday — as the most reliable predictor of recession risk.

Traders in the stock market picked up on the downbeat signal. The S&P 500 had been climbing despite a recent drop in bond yields, effectively shrugging off the decline as further evidence that the Fed would keep rates low for the foreseeable future. Keeping rates low has been a good thing for stocks over the past 10 years.

But Friday, the S&P 500 fell 1.9 percent, as stock market investors grew concerned about the outlook for economic growth. It was the second-worst drop for the market this year. The Nasdaq composite index fell 2.5 percent.

Experts on interpreting the predictive power of the yield curve cautioned that a single day of inverted yield curve doesn’t necessarily mean the economy will tumble into recession.

Campbell Harvey, a Duke University finance professor whose research first showed the predictive power of the yield curve in the mid-1980s, stressed that an inversion must last, on average, three months, before it can credibly be said to be sending a clear signal. If that does occur, history shows that the economy will fall into a recession over the next nine to 18 months.

But even with the yield curve’s track record for predicting recessions, Harvey emphasized that there was no such thing as certainty in economic forecasting.

“A model is just a model,” he said. “It’s not an oracle. It helps us forecast the future, but it might at any point fail.”