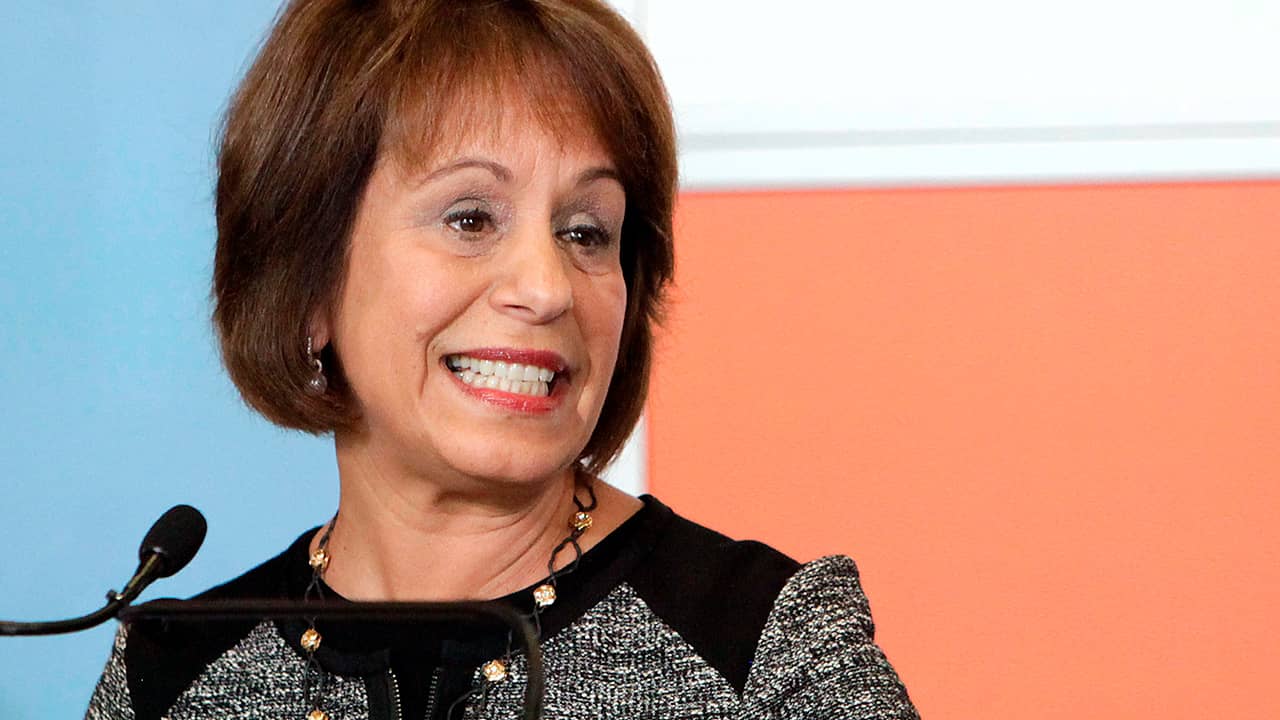 LOS ANGELES — The University of Southern California on Wednesday announced a new school president who will usher in “a new era” following a series of high-profile scandals that culminated last week with a massive college admissions bribery case.

Carol Folt, former chancellor of the University of North Carolina at Chapel Hill, will become USC’s 12th president on July 1. She’ll be the first full-time female president in school history.

“We have worked hard to try to turn a corner, to make a change. Today firmly cements the fact that there is a dramatic cultural change in this university.” — Rick Caruso, chairman of the USC Board of Trustees

The announcement comes a week after news broke of a college bribery scandal involving USC and other universities across the country.

“I haven’t heard any voice of complacency since I’ve been here … that’s actually music to a new president,” Folt told a news conference. “It’s, let’s make it right, let’s make it better but let’s do that so we can achieve all the things people want to do.”

Rick Caruso, chairman of the USC Board of Trustees, said problems will occur, but the measure of great leadership is how one reacts to them.

“We have worked hard to try to turn a corner, to make a change,” Caruso said. “Today firmly cements the fact that there is a dramatic cultural change in this university.”

“If nothing else, this last nine months has shown us that this university can handle whatever is thrown at us,” Caruso said. “We are ready to move forward.”

Folt received high marks Wednesday from the president of the Association of Public and Land-grant Universities, where she served as chair of a committee on science and technology policy. “Carol Folt is a very accomplished and highly respected higher education leader,” association President Peter McPherson said in a statement.

“I assure you that we will meet these challenges together, directly, decisively and with honesty and candor. This is a moment of responsibility and opportunity, and we will seize them both.” — Carol Folt

Folt will take over USC from interim President Wanda Austin, who stepped in after former President C.L. Max Nikias resigned last summer amid two major controversies: reports that the school ignored complaints of widespread sexual misconduct by a longtime campus gynecologist and an investigation into a medical school dean accused of smoking methamphetamine with a woman who overdosed.

USC said in a statement that Folt will “promote positive cultural change and uphold the highest values of excellence, integrity and trust across USC.”

Prosecutors say wealthy parents — including Hollywood actresses Felicity Huffman and Lori Loughlin — either paid bribes to have a college counselor rig standardized tests or get their children admitted as recruits of sports they didn’t play.

More than half the 32 parents charged were trying to bribe their children’s way into USC.

Folt said in a statement that she is “aware that our community is deeply troubled by a number of immediate challenges.”

“I assure you that we will meet these challenges together, directly, decisively and with honesty and candor,” she said. “This is a moment of responsibility and opportunity, and we will seize them both.” FILE – This Tuesday, March 12, 2019 file photo shows the University Village area of the University of Southern California in Los Angeles. The university says a review of students possibly connected to a college admissions bribery scandal could lead to expulsions. The university said in a statement Monday, March 18, 2019, it has placed holds on the accounts of those students, which prevents them from registering for classes or acquiring transcripts while their cases are under review. (AP Photo/Reed Saxon, File)

Folt Had Also Inherited an Academic Scandal at UNC

Folt became the first woman to lead UNC-Chapel Hill in July 2013 and left less than six years later amid a controversy over a Confederate statue torn down on campus.

Folt had also inherited an academic scandal at UNC, which included a department that offered irregular courses with significant athlete enrollments dating back years before her arrival. The courses were misidentified as lecture classes that didn’t meet, required a research paper or two for typically high grades with little to no faculty oversight.

While internal and external probes had occurred before she arrived at Chapel Hill, Folt was leading the school in 2014 when it hired an outside attorney who later determined the problems dated back 18 years and affected more than 3,100 students.

Around the time of the report’s release in 2014, Folt said the university had little choice but to conduct the probe.

Related Story: How Many More of These College Scam Artists Are There?

In the following years, protests grew around the Confederate statue known as “Silent Sam” in a main campus quad, with demonstrators decrying what they said were its white supremacist origins. Protesters toppled it in late 2018, as both supporters and detractors pressured top university administrators over the statue’s fate.

Earlier this year, Folt ordered the statue’s empty pedestal be removed and put in storage, while also announcing plans to resign. She had planned to stay on until the end of the academic year, but was forced to leave in January after the chairman of the statewide university board complained about her decision to remove the remnants of the statue.

How Do NFL Players Make a Difference? They Donate Their Cleats.