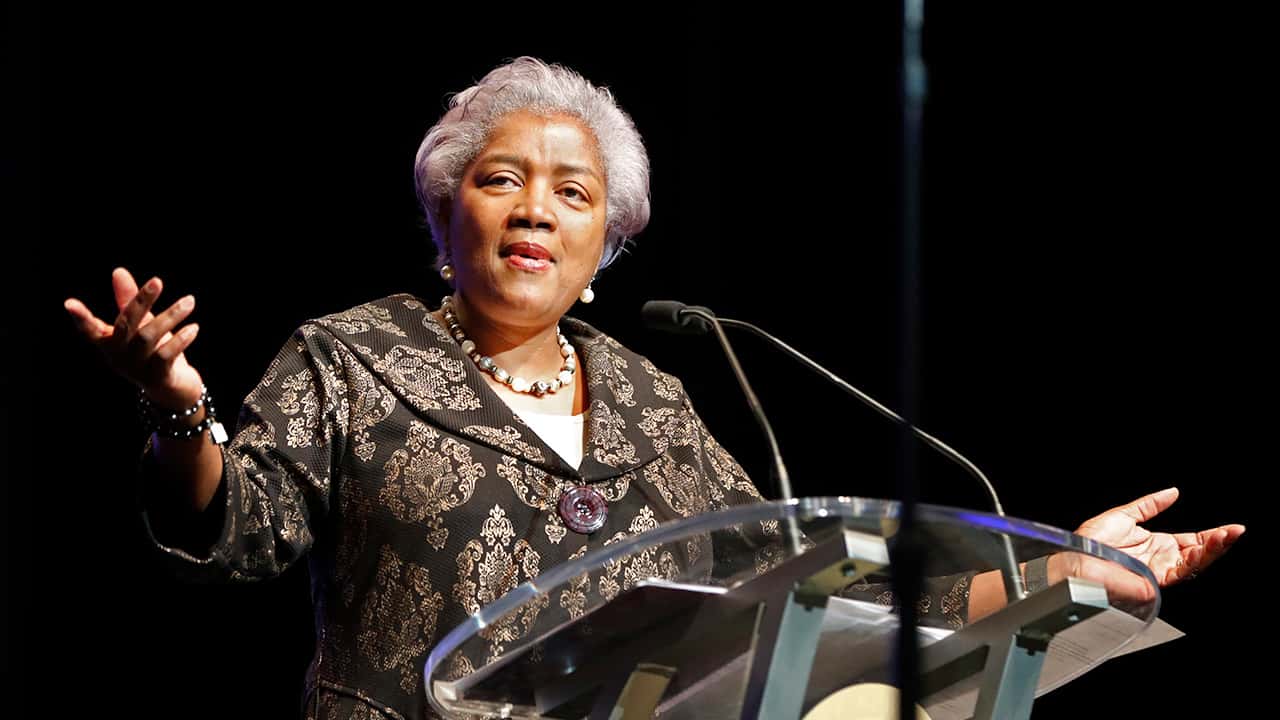 NEW YORK — Former Democratic National Committee chief Donna Brazile, who was fired by CNN for tipping off the Hillary Clinton campaign about debate topics in 2016, has joined Fox News Channel as a political commentator.

Brazile said Monday she knows fellow liberals will criticize her for joining Fox, but that it’s important for people not to retreat to “safe spaces” where they just talk to people who agree with them.

“There’s an audience on Fox News that doesn’t hear enough from Democrats,” Brazile said in a statement.

Her conduct at CNN was revealed as part of emails exposed by Wikileaks. She had contacted the Clinton campaign about topics that would be covered in a March 2016 town hall when the competition was Bernie Sanders.

Brazile initially denied the accusation, but admitted to it after the election. She wrote in March 2017 that sending emails to the Clinton campaign was “a mistake I will forever regret.”

At Fox, Brazile will not have anything to do with campaign debates or town halls, said a Fox employee with knowledge of the arrangement who spoke on condition of anonymity because the person was not authorized to speak about contract details. That may be a moot point, anyway: the Democratic National Committee recently said it would not allow Fox News to host any of its upcoming primary debates.

She’ll now be going to work alongside some people at Fox who hammered her in the aftermath of the leaked questions story.

Brazile Made Her Debut as a Contributor Monday Afternoon

On the day that she admitted to tipping Clinton’s team, guests on the Fox commentary program “The Five” lit into her. “She’s as corrupt as the day is long,” then-panelist Eric Bolling said.

Fox has not given up on hosting any Democratic primary debates or town halls, and wants to counter charges from an explosive New Yorker magazine article that outlined its ties to President Donald Trump.

“You can be damn sure that I’m still going to be me on Fox News. I’m going to do what I always do, and dish it out straight, exactly as I see it, with just as much New Orleans hot sauce as folks expect.” — Donna Brazile

Brazile said that if Americans learned anything from the 2016 election, “it is that we can’t have a country where we don’t talk to those who disagree with our political views.”

“You can be damn sure that I’m still going to be me on Fox News,” she said. “I’m going to do what I always do, and dish it out straight, exactly as I see it, with just as much New Orleans hot sauce as folks expect.”

The decision didn’t necessarily sit well with all Fox News viewers, either, particularly in the wake of the apparent suspension of Saturday night host Jeanine Pirro following remarks she made questioning the allegiance of Muslim U.S. Rep. Ilhan Omar. Even Trump over the weekend tweeted that Fox should reinstate Pirro.

Brazile made her debut as a contributor Monday afternoon on Dana Perino’s program.

“We’re not going to get ahead by yelling at each other and sending nasty tweets,” she said.