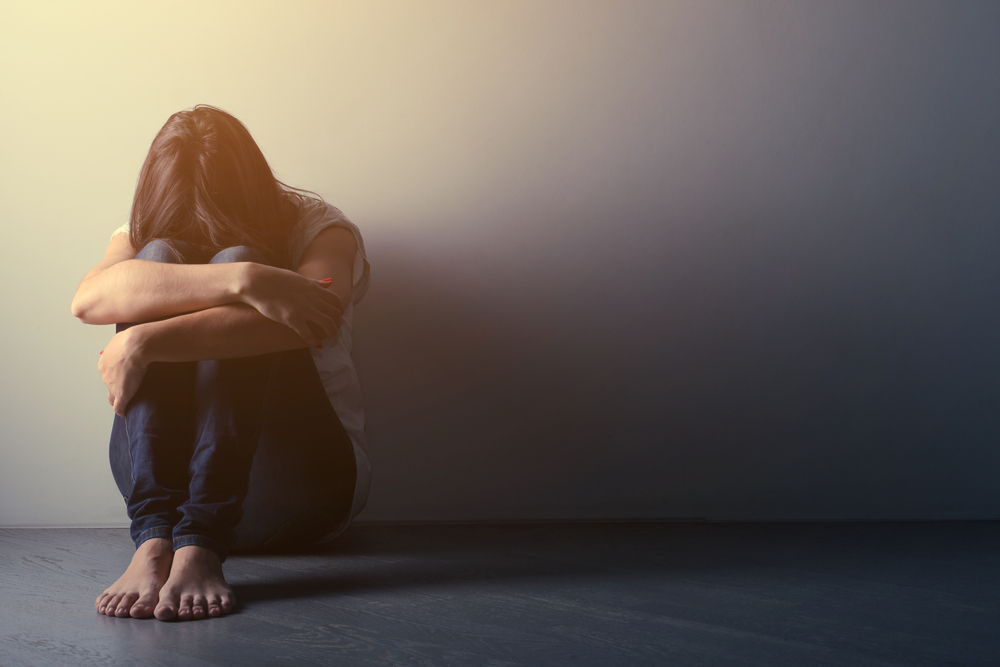 When Brandy Lidbeck was 10 years old, her mom killed herself.

“It was incredibly devastating,” said Lidbeck, the program coordinator for Survivors of Suicide Loss.

“You are always questioning what if I did this or what if I never did that. You are left in grief that a lot of people don’t understand unless they’ve experienced it.” — Brandy Lidbeck, Fresno Survivors of Suicide Loss

For years, Lidbeck felt alone, ashamed and embarrassed. She constantly wondered if she bore any responsibility.

“You are always questioning what if I did this or what if I never did that,” Lidbeck said. “You are left in grief that a lot of people don’t understand unless they’ve experienced it.”

“In a smaller town, when your neighbors are experiencing this kind of tragedy, it impacts the entire community,” Hurtado said. “However, as we continue to discuss this issue on a broader scale, I realized that my experience isn’t isolated.”

The bill requires all of California’s 58 counties to develop a suicide prevention plan. Currently, only seven California counties — Fresno is among them — have such plans.

Hurtado said SB 331 will ensure that all counties are take steps to prioritize mental health on the local level.

The bill puts a particular emphasis on preventing suicide in children age 19 and under.

Santa Clara County implemented its prevention plan in 2010. The county has since seen a reduction in suicides by 11 to 14 percent. Hurtado hopes other counties can achieve similar success.

Fresno County Ahead of The Game

In 2015 there were 97 suicides in Fresno County, an average of eight a month. That was followed by a cluster of 14 teen suicides in 2016, well above the five or six a year the county had previously experienced.

“Having a plan that has been developed with the community and for our community has been a critical step for Fresno County,” said Utecht, the director of Fresno County’s Department of Behavioral Health. “It is helping us to understand suicide in our county, to help guide county efforts, identify our goals, and to be able to measure progress.”

“This comprehensive suicide prevention plan’s multi-faceted approach to addressing the problem will support other counties in the fight against suicide,” Lopez said.

Requiring all counties to develop a plan, Utecht said, will definitely help in preventing suicides.

“I think the more people we educate and the more programs we have in the community, the better we can reduce suicide and offer folks help,” she said.

Utecht said it is critical to assist counties in ensuring they have an actual prevention plan beyond just programs and services. Doing so, she said, allows for more coordinated prevention efforts.

Many school districts are working to also address the risk of suicide for adolescents in grades 7-12 through the requirements of Assembly Bill 2246.

Gov. Jerry Brown signed the bill in 2017, which mandates school districts to adopt a policy on pupil suicide prevention, intervention, and postvention.

CA has experienced an overall rise in deaths by suicide. That’s why I am introducing SB 331, along w/ Assemblymember @MarcLevine & Sen. @Jimbealljr. The bill will require that all CA counties develop a teens suicide prevention plan. Read more: https://t.co/LtTRjRWlRe @SteinbergDS pic.twitter.com/z1RUWhnktV

“In addition, Fresno Unified has 13 trainers who facilitate the Applied Suicide Intervention Skills Training (ASIST) to staff that may have a more direct social-emotional involvement with students,” said Conway.

The district started Signs of Suicide (SOS), an evidence-based program that helps students learn to identify warning signs of suicide and depression. The program also raises awareness about mental health.

“We recognize the importance of early identification of students at risk of suicide and have multiple supports during suicide interventions that include identified school site staff and mental health professionals,” Conway said.

Conway said SB 331 would be a great addition to what the district is doing.

“SB331 is a positive step in taking a proactive approach on preventing suicides in the Central Valley,” he said.

Helping Students Be Their Best Selves

The district since has added a suicide prevention crisis hotline numbers to the back of student ID cards.

Kelly Avants, the chief communication officer for Clovis Unified, said the district has a broad array of supports and services for students. One example is its comprehensive wellness committee.

“Our committee is a group of healthcare professionals, mental health experts, students, educators and school psychologists focused on ensuring we stay focused on resources for students,” Avants said.

The district has also trained over 2,000 of its employees on suicide awareness and recognition of warning signs, along with tools to connect students to mental health resources.

Avants said the district employs more than 65 school psychologists, and resources are available at every school site for students.

“This is some of the work underway in our district to ensure students have a number of support systems wrapped around them to allow them to be their best selves,” she said.

“So many people are scared if they are thinking of suicide,” Lidbeck said. “Suicide is not the solution, and if we can talk and educate folks on what to look for and how to get help, I think that is fantastic.”