By virtue of her background and a flair for visual story-telling, Norah Shapiro has emerged as an award-winning (and crowd inspiring) maker of independent documentaries.

Valley residents will have the opportunity to hear in Shapiro’s own words how “Time For Ilhan” was made Friday evening as part of Fresno State’s Cineculture series. 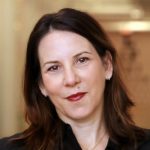 “I was drawn to this particular story in part based on my curiosity about the Somali immigrant community in my hometown of Minneapolis, and the intersection in that community of race, gender, and the growing dynamics of Islamaphobia in contemporary America.” — Norah Shapiro

The film, which debuted last year at the Tribeca Film Festival, tells the story of the emergence of Ilhan Omar, a Somali immigrant who lives in Minneapolis, as a political star.

In 2016, the outspoken Omar became the first Somali American elected to legislative office in the U.S. when she won a race for the Minnesota House of Representatives. In that race, she ousted Phyllis Kahn, who had held the seat for 44 years in the Democratic primary.

Thus, while the nation was electing Donald Trump, who campaigned on an anti-immigrant platform, as president, people in Omar’s district were sending an immigrant and her liberal platform to the statehouse.

“Time for Ilhan” will be shown at 5:30 p.m. at the Peter’s Education Center Auditorium in the Student Recreation Center Building. It’s located west of the Save Mart Center. Admission is free.

Shapiro, a former Minneapolis-based public defender, will discuss the film after the screening.

Her appearance is sponsored by the Center for Creativity and the Arts, Department of Political Science, Kamal and Aimee Abu-Shamsieh, and Muslim Spiritual Care Services.

Shapiro in Her Own Words

Last April, womenandhollywood.com did a Q&A with the director. You can read it at this link.

Here are the first two questions from that interview:

Describe the film for us in your own words.

Shapiro: “Time For Ilhan” is a campaign drama and personal portrait of one of America’s biggest rising political stars. But it’s more than that, it’s also almost a how-to for grassroots, local level citizens, women of color, young people, and anyone who has felt that the political system is impenetrable and hopeless, on how they can show up and make change.

What drew you to this story?

Shapiro: I was drawn to this particular story in part based on my curiosity about the Somali immigrant community in my hometown of Minneapolis, and the intersection in that community of race, gender, and the growing dynamics of Islamaphobia in contemporary America.

I was also compelled by my sense that, regardless of the outcome of this particular race, Ilhan Omar was a rising star. I was attracted by the access that Ilhan and her team were willing to afford me, which presented an opportunity for observational and vérité material in a high-stakes setting that would unfold over a relatively compressed time period. (This was happening) parallel to the presidential race taking place at the national level.

You can learn more about Shapiro at this link.