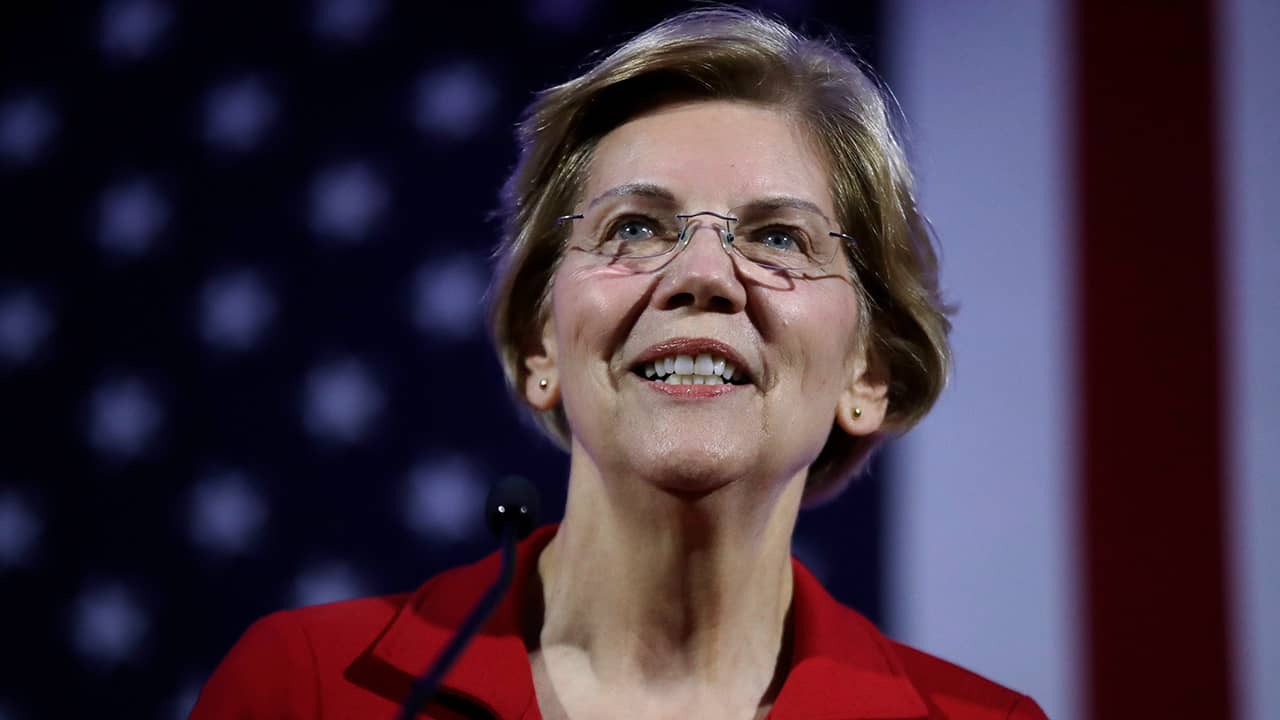 Several Democratic presidential candidates are embracing reparations for the descendants of slaves — but not in the traditional sense.
Over the past week, Sen. Kamala Harris of California, Sen. Elizabeth Warren of Massachusetts and former Housing and Urban Development Secretary Julian Castro spoke of the need for the U.S. government to reckon with and make up for centuries of stolen labor and legal oppression. But instead of backing the direct compensation of African-Americans for the legacy of slavery, the Democratic candidates are talking about using tax credits and other subsidies.

Montague Simmons of the Movement for Black Lives, which has pushed for reparations, said the debate is “not just cash payments.”
But “unless we’re talking about something that has to be systemic and transfers power to the community, it’s not likely going to be what we would consider reparations,” he said.
For now, that’s not how most Democratic presidential contenders are talking about reparations.
Harris has proposed monthly payments to qualified citizens of any race in the form of a tax credit. Warren has called for universal child care that would guarantee the benefit from birth until a child enters school. Families with income less than 200 percent of the poverty line would get free access and others would pay no more than 7 percent of their income.
Those benefits would likely have a disproportionate impact on African-Americans. But except for longshot candidate Marianne Williamson, no Democratic White House hopeful has called for financial remuneration for blacks.
Harris told reporters in Iowa on Sunday that “we have to all acknowledge that people have not started out on the same base and have not had equal opportunities to success.”
Castro told The Root, a black online news site, that America “would be better off” if the government addressed the issue of reparations, which he said he would explore if elected.

Reparations Could Be a Tough Political Sell

And in New Hampshire on Friday, Warren said the U.S. needs to confront its “ugly history of racism” and “talk about the right way to address it.” Asked whether she would support reparations for Native Americans, she responded: “It’s an important part of the conversation.”

Pressed on “Fox News Sunday” on whether reparations would ultimately end up in the Democratic platform, Democratic National Committee Chairman Tom Perez said the issue is “something that will be discussed during the course of the presidential nominating process.”

Still, he said it was politically difficult to achieve such a goal.
If presidential candidates want to prove they’re serious about reparations, some proponents say they should back H.R. 40, the Reparations Study Act first introduced by former Michigan Rep. John Conyers in 1989. He reintroduced the bill every session until his resignation in 2017.
Texas Democratic Rep. Sheila Jackson Lee took up the legislation after Conyers’ departure and reintroduced the bill in 2018, but it has not been introduced in the current Congress.
“It’s not wrong to say we need to cure cancer — which is what I take the support of reparations to actually be — but we don’t have a full diagnosis yet,” Coates said. “If you can actually get a study that outlines what actually happened, what the needs are, what the debt actually is, and how it was incurred, then you can design programs to actually address it. That gets you out of the vagaries of just saying you support reparations.”