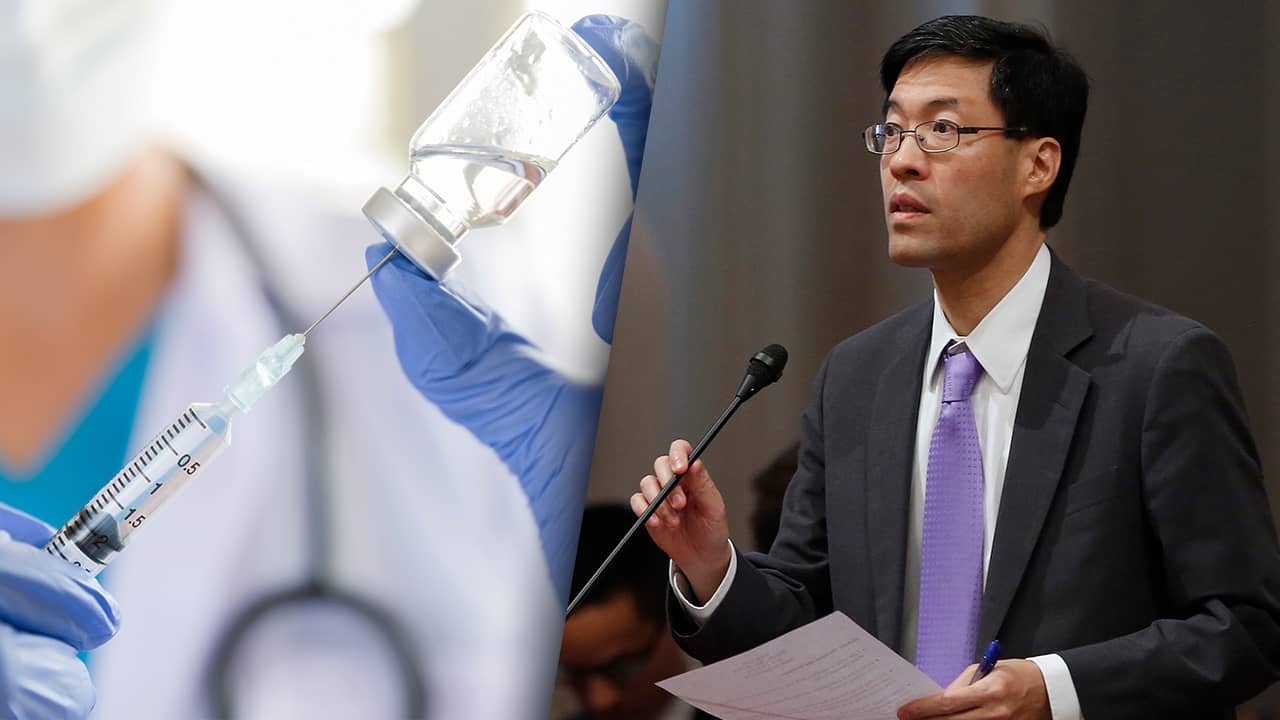 Richard Pan is the state senator who launched a thousand flame wars.
To those who believe vaccines are essential for keeping school children safe from disease, the Sacramento Democrat is a hero and champion.

For those who have alternative views on vaccination, he is the man eroding their rights.
Pan’s Twitter account almost exclusively features posts about vaccines. And, comments on nearly every item quickly devolve into the worst of social media. Each side derides the other. Both question the science the other group cites. There is plenty of name-calling.
The recent measles outbreak in the Pacific Northwest has brought the vaccination issue back into the national spotlight.
GV Wire reached out to Pan to ask what his future legislative plans are on the vaccine issue. Click on the image above to listen to the interview.
While Pan said he didn’t plan to author a bill by the Feb. 22 deadline to introduce new legislation, that doesn’t mean something isn’t coming during the year. Legislators can still change an existing bill or completely rewrite one.
“We’ve looked at a variety of different options, so legislation certainly one of them; breaking our regulatory approaches, other types of approaches as well. And so as those discussions evolve we’ll have some more clarity as to exactly what next steps will be,” Pan said.
On Thursday (Feb. 21), Pan introduced SB 483, a vague bill that seems to be the perfect placeholder.

Pan’s SB 277 in 2015 removed the personal belief exemption parents could use to avoid vaccination requirements for children attending public schools. The debate was passionate and the opposition was fierce.
While the legislation eliminated that exemption, parents could still turn to doctors to opt out of vaccines for medical reasons.
According to a California Department of Public Health study, while overall children with vaccinations increased 4.7% since SB 277, the number of medical exemptions also increased, nearly tripling (0.2% to 0.7% among kindergartners).
A study by medical publication Pediatrics concluded that “Potential explanations for this steep increase include underuse of medical exemptions before SB277 (when PBEs could still be obtained) and the willingness of some  physicians to write medical exemptions for parents who are vaccine hesitant whose children may lack scientifically justified medical contraindications as defined by the Advisory Committee on Immunization Practices.”

Because of that, Pan is exploring future legislation to tighten rules for doctors granting medical exemptions.

Not Punishing Those Who Don’t Get Vaccinated

On Pan’s Twitter feed, he linked to a Guardian story that noted that informed consent is “language that anti-vaccine propagandists have adopted to fight vaccination laws.”
The concept of informed consent is that parents must actively agree to any medical procedure on their children, including vaccine shots.
Pan endorses the concept.
“Unfortunately, the people opposed to vaccines are making claims that, oh, we’re forcing them to be vaccinated. Actually, no. They have a choice. They can choose whether to vaccinate or not. In order for a child to get vaccinated, parents have to give informed consent — no child is being vaccinated without their consent. If they choose not to vaccinate, there’s a consequence.”
“The consequence isn’t to punish them or the child — although there’s certainly the child’s deserving of protection. I think one can argue about that choice. But, we’re not actually imposing it on them. The parents can still choose to leave their child vulnerable to these diseases by not vaccinating them. However, what we can’t do is allow them to risk other people’s children.”

Another issue argued by vaccine skeptics is a lack of liability by manufacturers.
In 1986, Congress passed the National Childhood Vaccine Injury Act. According to the National Vaccine Information Center (which Pan calls a “misnamed organization”), an advocacy group which helped craft the 33-year old legislation, the act created a compensation fund for those claiming vaccine injury. Nearly $4 billion has been awarded through the fund.
The legislation also created a database for those reporting vaccine injuries. In the first six weeks of 2019 alone, VAERS, as the database is known, lists more than 400 incidents.
Some skeptics say that the fund shields manufacturers from lawsuits. Pan defends the program.
“(If there is an injury) after you get vaccinated, when it’s actually caused by the vaccine or not, you get compensation and your attorney gets compensation as well for bringing that up. OK. That’s a pretty good deal because normally if you want to go to court, you have to go to court and get the lawyer and you might lose and you have to prove this,” Pan said.

Just Like Cockroaches, Human Traffickers Find a Way to Survive