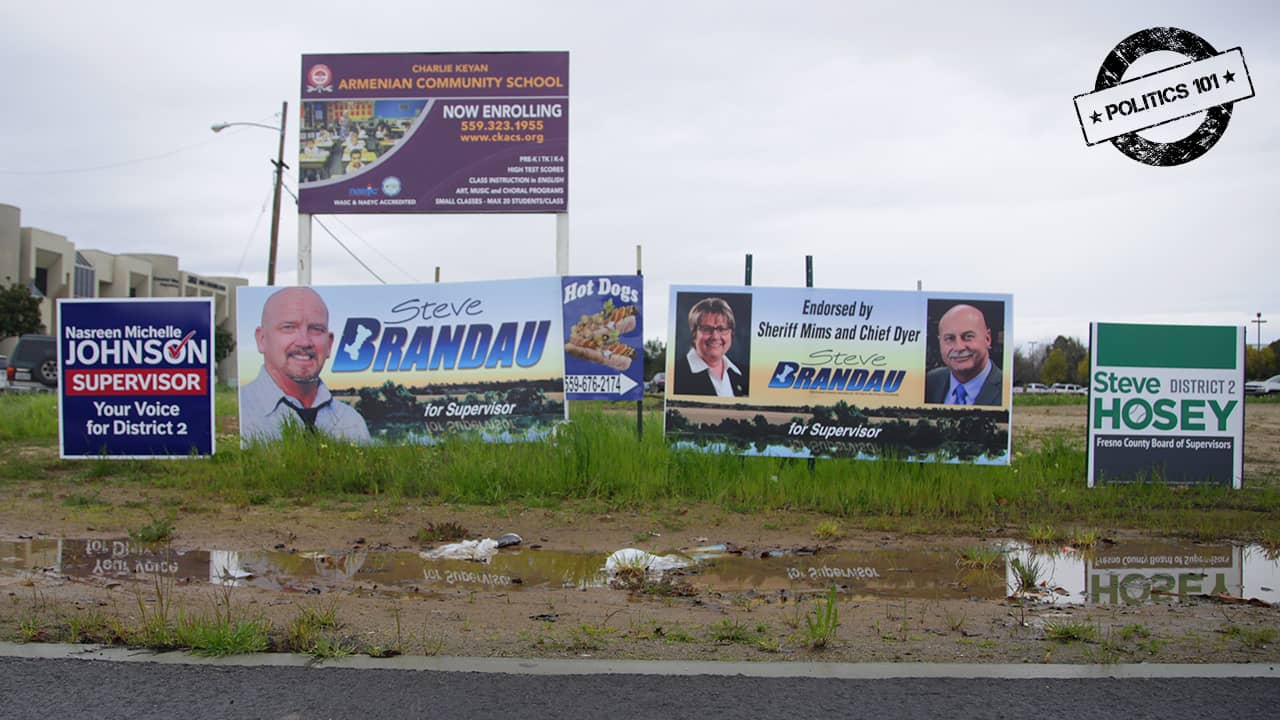 The election clerk’s office reports that voters have returned nearly 11,000 absentee ballots in the March 5 election for a vacant Fresno County supervisor seat. That is a 15% return rate of the approximately 71,600 sent out.
In all, District 2 has 113,596 registered voters, meaning 63% received mail-in ballots. The overall party registration is 40% Republican, 33% Democrat.

How the Candidates Are Reaching Voters

Fresno City Councilman Steve Brandau is banking on his experience, as well as the endorsement of law enforcement to win the seat. Brandau is one of three candidates vying for the position vacated by Andreas Borgeas when he took office as state senator. Borgeas also endorses Brandau.
Fresno County Sheriff Margaret Mims and Fresno Police Chief Jerry Dyer have endorsed Brandau and voiced local radio ads. Their faces also adorn campaign signs around town.
Brandau has raised over $100,000 overall, with some five-figure donations from developers, including Granville Homes. Granville CEO and president Darius Assemi is the publisher of GV Wire.
Meanwhile, another contender, Nasreen Johnson, is holding phone banking events, aided by the county Democratic Party and SEIU.
Johnson also picked up another $20,000 from SEIU 521, the union that represents hundreds of county employees. That’s on top of $25,000 the union already contributed.
Johnson is a marketing specialist for the Fresno Economic Opportunities Commission.
Fresno businessman Steve Hosey, who is also seeking the position, has released a media mailer highlighting how his Fresno State education prepared him to be a leader. The developer and former San Francisco Giants outfielder, though, trails his two rivals in fundraising. 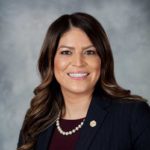 Fresno City Councilwoman Esmeralda Soria has not endorsed a candidate in the county supervisor special election. That could be because of tangled loyalties.
Brandau is a council colleague. Like Soria, Johnson is a Democrat. And, Soria’s boyfriend, developer Terance Frazier, supports Steve Hosey, himself a former professional baseball player and Fresno businessman.

It’s back to the drawing board on northwest Fresno access to the San Joaquin River.
The conservancy board meets Feb. 27 to vote on whether to keep the current plan — access through Spano Park at the north end of Palm Avenue — or direct staff to look into an option to create access at Riverview Drive, known as Alternate 1.
The board initially voted for the latter option Jan. 9. But that decision was later rescinded after accusations that those votes violated the Brown Act, California’s open meeting laws.
When it first approved the Spano Park option in Dec. 2017, known as Alternate 5B, the board allowed one year to meet certain benchmarks before the board could reevaluate the situation.
Some conservancy members say those benchmarks have not been met. The benchmarks include securing agreements with the city of Fresno for operations and maintenance; securing roadway easements from the city and the flood control district; estimate costs on the project; and completing engineering tests.
Cost estimates for both options remain vague, as engineers are still designing plans.
The board is made up of 15 members, appointed from various state and local agencies. However, the board is one member short as Madera County has had issues nominating a citizen member for the governor’s office to place on the board.
The meeting is scheduled for 10:30 a.m. at Fresno City Council chambers.

Disney in the Valley? What Could Have Been. I had a chance last weekend to visit the Walt Disney Family Museum at the Presidio in San Francisco. One exhibit captured a piece of Valley history — the time Disney wanted to open a ski resort in the mountains east of Visalia.

Disney collaborated on the idea of a ski resort in the Mineral King Valley with legendary ski coach Willy Schaeffer. They discussed the idea at the 1960 Winter Olympics in Squaw Valley, in which Disney was in charge of ceremonies and entertainment.
But, alas, it was not to be. Environmental regulations tied up the project, eventually killing it in the late 1970s. KCET published a great history of the project last year.
One of the key figures at the time in aiding the environmentalists was John Krebs, the congressman representing the area.
President Barack Obama signed into law the John Krebs Wilderness in 2009,  designating 39,740 acres of as a federally protected wilderness. Krebs was recognized for the legislation that incorporated Mineral King into Sequoia National Park in 1978.
“This day is the culmination of efforts to conserve forever the wildness of this beautiful valley,” said then Park Superintendent Craig C. Axtell on July 25, 2009. “Efforts began in the 1970s to transfer lands to the National Park Service, preventing commercial development of the valley for a ski area. On this day, we celebrate this spectacular valley by designating it as wilderness, the highest level of protection we can provide.”
Krebs, who served in Congress from 1975 through 1979, died on Nov. 10, 2014.
The most eye-grabbing headline ever written about Krebs’ life and political career might be this one: “The First Actual Palestinian-American in Congress (and He Was Jewish)”