Out of Many, We Are One: Youngsters Become US Citizens in Clovis 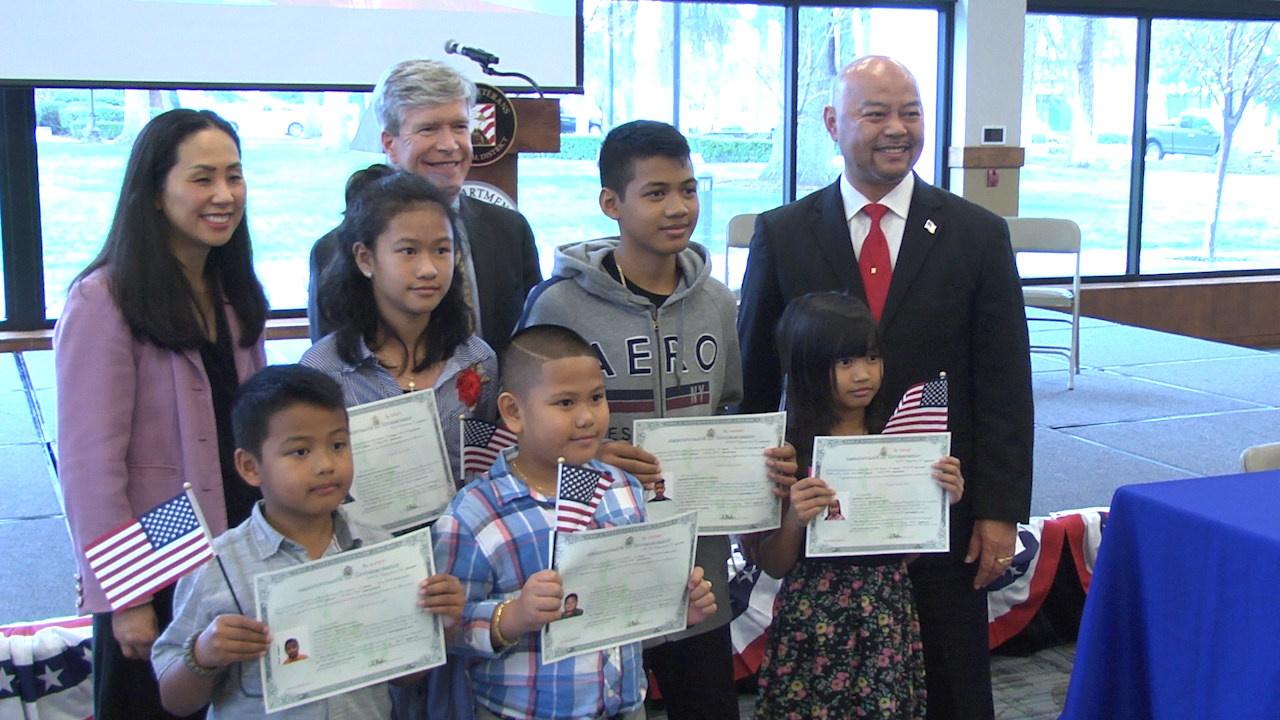 About 150 children who have become naturalized U.S. citizens received their proof of citizenship Friday, Feb. 15, in a ceremony at the Clovis Veterans Memorial District’s Liberty Ballroom.
Clovis City Councilman Vong Mouanoutoua gave the keynote address. He emigrated to the United States from Laos as a refugee in 1976.
Lorenzo Rios, chief executive officers of the memorial district, welcomed the new citizens and their families to the event.
Lynn Feldman, who is the Fresno field office director for U.S. Citizenship and Immigration Services, also attended the event, as did Mark Keppler, executive director of the Maddy Institute.

Mouanoutoua said that among the United States’ greatest strengths are diversity and the opportunity for immigrants to assimilate under the banner of “Americans.”
He pointed out that the traditional motto of the United State is E Pluribus Unum, meaning “out of many, one.”
The USCIS, the Maddy Institute, and the Citizenship Academy, along with Clovis Veterans Memorial District, sponsored the event.

The Maddy Institute was established to engage, prepare and inspire the next generation of government leaders and civil servants. Activities primarily focus on citizen participation, policy research, and
leadership training.
Leadership training programs consist primarily of an extensive government intern program for college students throughout the Valley, as well as the Public Service Graduate Fellowship, which is sponsored by The Wonderful Company.

The Citizenship Academy launched in 2014. It is a collaborative effort among the Maddy Institute, New American Legal Clinic at San Joaquin College of Law, Fresno County Public Library, Fresno Adult
School, and Mi Familia Vota.
The Citizenship Academy seeks to provide civic, economic, and language resources for immigrants to become successfully integrated into the community.

Trump to California: Send High-Speed Rail Billions Back to DC