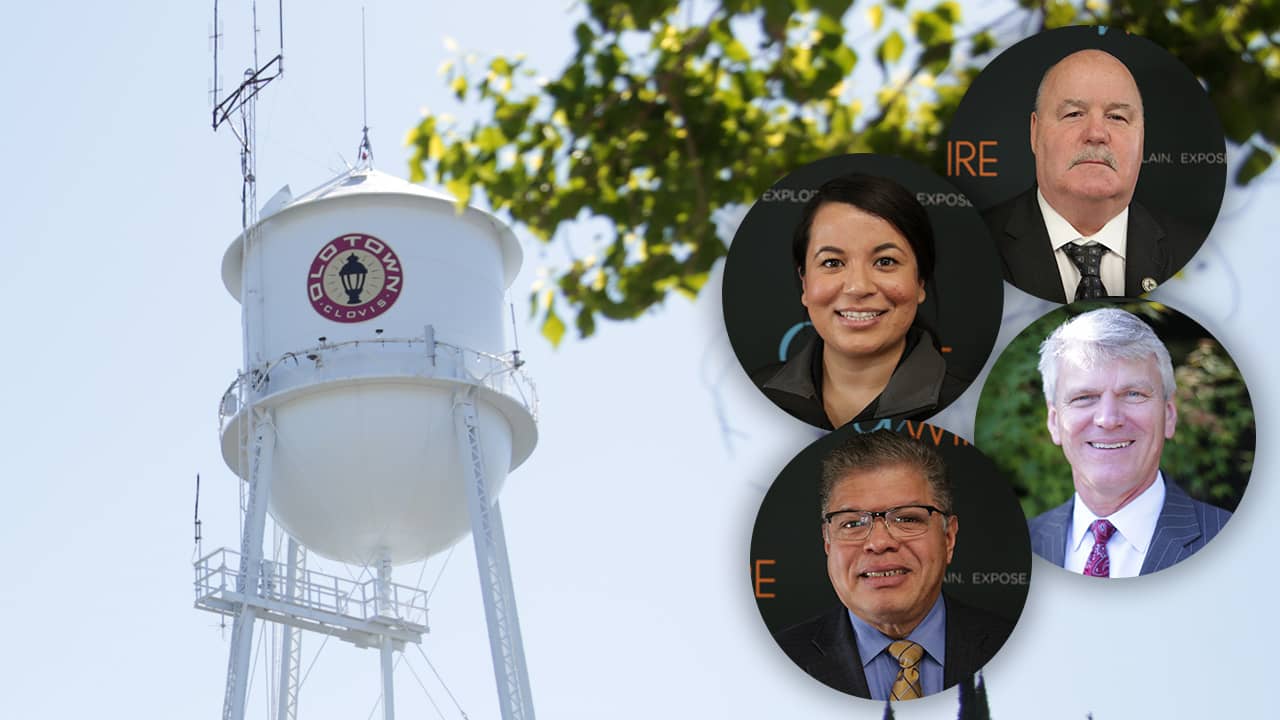 The four candidates for three spots on the Clovis City Council have two things in common: They all work in law enforcement or the criminal justice system, and they are all Republican.
But, that’s where the similarities end. Three of the four are experienced incumbents in a city where turnover on the council is rare.

Maeketah Rivera hopes to do something that hasn’t happened in Clovis politics in 25 years — unseat an incumbent.
A sitting council member hasn’t lost a Clovis election since 1994, when Kent Hamlin — part of a slow-growth slate — defeated Dave Lawson. Hamlin is now a Fresno Superior Court judge. Lawson was implicated in the Operation Rezone scandal of the mid-1990s.
This year also marks the first election since 2009 that has a candidate challenging the incumbents. In 2017, voters went to the polls to fill two open seats. No election took place 2011-2015 because only the incumbents filed to run.
Rivera is taking on Jose Flores, Bob Whalen, and Drew Bessinger. They have served since 1999, 2003, and 2017, respectively.

Rivera, 28, is a community service officer with the Fresno Police Department.
Flores, 60, is the chief of the State Center Community College District police department.
Whalen, 53, is the chief deputy district attorney with Fresno County, supervising the violent crimes unit. He currently serves as Clovis’ mayor.
Bessinger, 62, retired as a Clovis police captain in 2009. He has since served as interim police chief for four Valley cities, most recently in Atwater.
This is also the last time this set of council members will be chosen in an odd-year election. Voters return to the polls in November 2022, giving this set slightly less than four-year terms. The last overall odd-year election will be 2021, when the seats currently occupied by Lynne Ashbeck and Vong Mouanoutoua are up.

GV Wire spoke with all four candidates to get their views on the March 5 election.
Click on the video above to hear the candidates talk about:
— What makes each the best candidate.
— What the “Clovis Way of Life” signifies.
— How Clovis should adjust its housing plan to accommodate an expanding population.
— Jobs and industries they want to see in Clovis.
— Should Clovis shift from at-large elections to district elections for the city council?