As Trump Makes Case for Border Wall, Congress Works Out a Deal 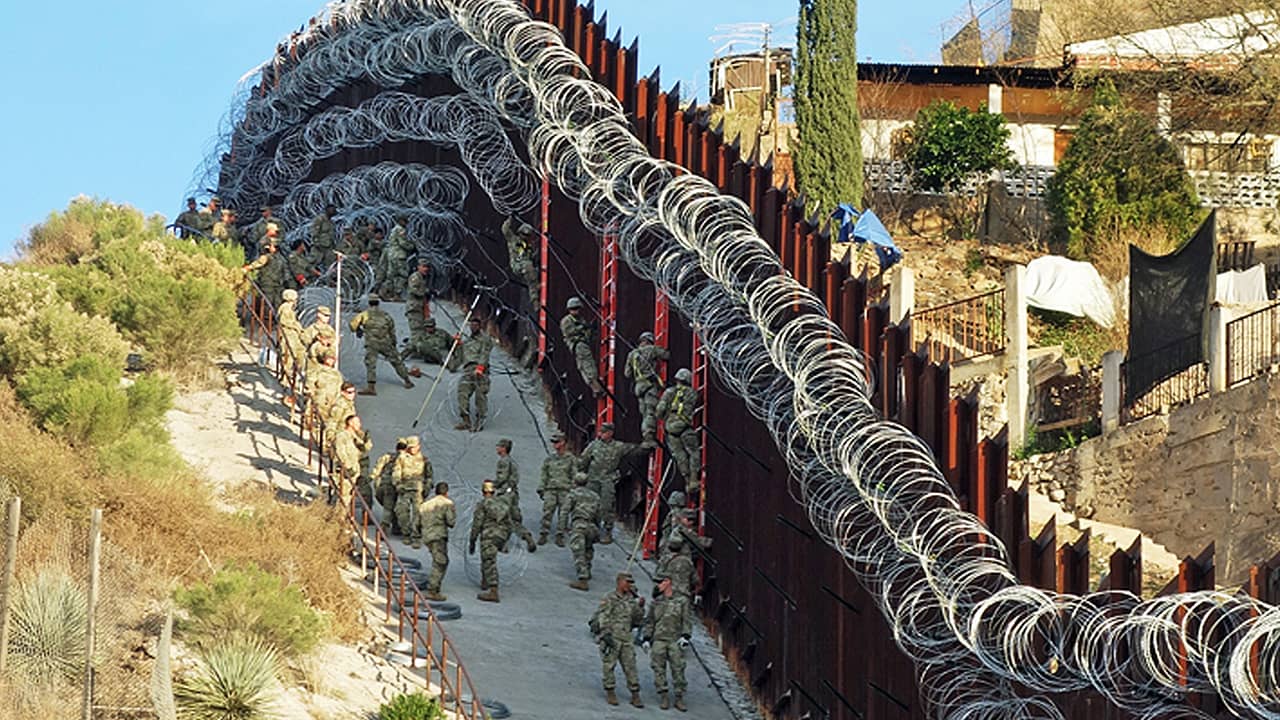 EL PASO, Texas — President Donald Trump headed to the Texas border on Monday to argue his case that walls work as Democrats and Republicans back home in Washington announced a deal had been reached to avoid another government shutdown.
Trump was bound for El Paso, aiming to reshape the debate around the wall following a damaging shutdown fight and with his signature 2016 campaign promise hanging in limbo. In a case of pointed political counterprogramming, Beto O’Rourke, the former Democratic congressman from Texas now mulling a presidential run, planned an evening El Paso march and rally against the wall with dozens of local civic, human rights and Hispanic groups.
The first dueling rallies of the 2020 election season were set to serve as a preview of a heated yearslong fight over the direction of the country. And they made clear that Trump’s long-promised border wall is sure to play an outsized role in the presidential race, as both sides use it to try to rally their supporters and highlight their contrasting approaches.


Related Story: California Governor to Draw Down Troops at Border

As Trump traveled to the site of his Monday rally, negotiators on Capitol Hill announced that lawmakers had reached an agreement in principle to fund the government ahead of a midnight Friday deadline to avoid another shutdown. The emerging agreement was announced by a group of lawmakers, including Republican Sen. Richard Shelby and Democratic Rep. Nita Lowey, after a closed-door meeting.
The talks had cratered over the weekend because of Democratic demands to limit immigrant detentions by federal authorities, but lawmakers apparently broke through that impasse Monday evening. Now they will need the support of Trump, who must sign the legislation.

Trump Points to El Paso as Why Border Wall Necessary

Trump has repeatedly pointed to El Paso to make his case that a border wall is necessary, claiming that barriers turned the city from one of the nation’s most dangerous to one of its safest. But that’s not true.
El Paso had a murder rate of less than half the national average in 2005, a year before the most recent expansion of its border fence. That’s despite being just across the border from Ciudad Juarez, Mexico, a city plagued by drug violence. The FBI’s Uniform Crime Report shows that El Paso’s annual number of reported violent crimes dropped from nearly 5,000 in 1995 to around 2,700 in 2016. But that corresponded with similar declines in violent crime nationwide and included periods when the city’s crime rates increased year over year, despite new fencing and walls.
The Trump campaign released a video showing El Paso residents saying the wall helped reduce crime. But many in the city have bristled at the prospect of becoming a border wall poster child.

That includes O’Rourke, a potential 2020 candidate, who came close to unseating Sen. Ted Cruz in 2018 and maintains an army of small-dollar donors and a large social media following. While few Democratic candidates have focused on immigration in their launches, O’Rourke has described Trump’s calls for the wall as the “cynical rhetoric of war, of invasions, of fear.”
“While some try to stoke fear and paranoia, to spread lies and a false narrative about the U.S.-Mexico border and to demand a 2,000-mile wall along it at a time of record safety and security, El Paso will come together for a march and celebration that highlights the truth,” he said in a statement ahead of the event.
Moments before leaving the White House, Trump made it clear that O’Rourke was on his mind.
“We have a line that’s very long already,” Trump said of his El Paso rally. “I understand our competitor has got a line, too, but a tiny little line.”

The Democrats are so self righteous and ANGRY! Loosen up and have some fun. The Country is doing well!

At the time, short lines had formed for both events.
The El Paso rally is Trump’s first since the November midterm elections and comes at a precarious moment for his presidency. Weakened by the longest government shutdown in American history, Trump is also contending with the ongoing investigation into Russian election meddling and a flurry of investigations by newly empowered majority Democrats in the House.