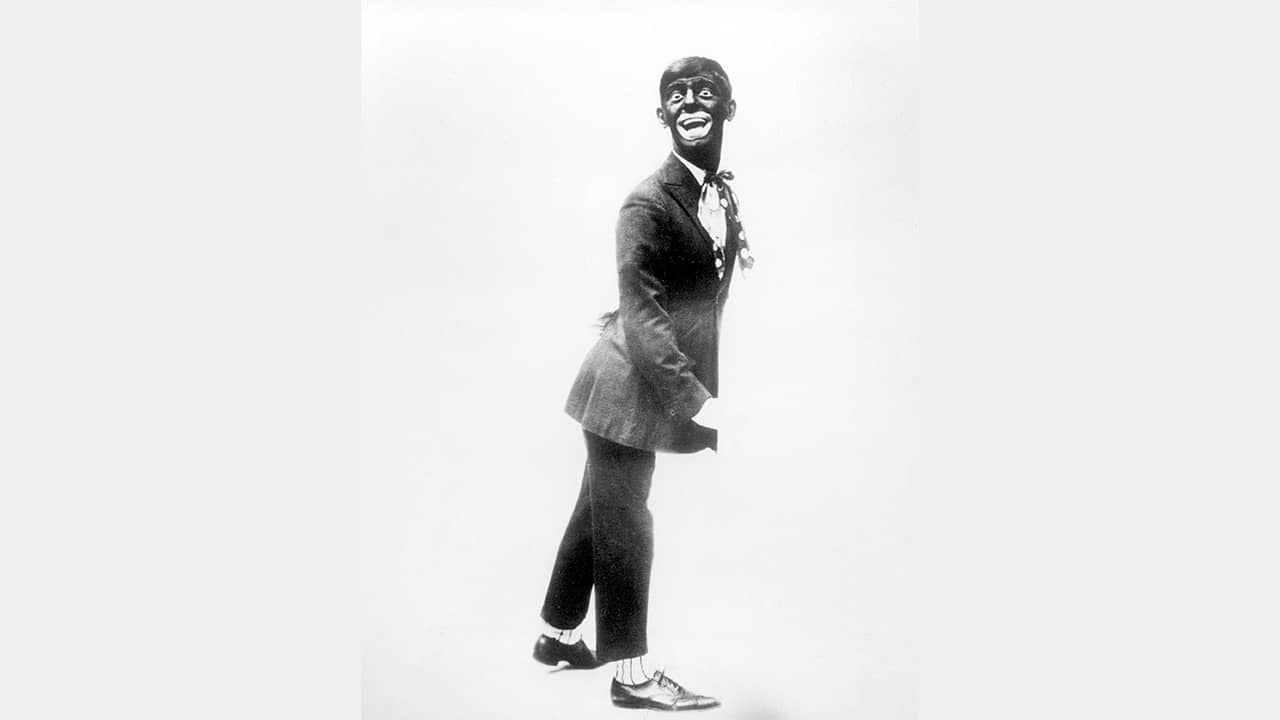 Virginia’s governor has managed to step in it big time with spasmodic apologies, denials, retractions, and pin-balling responses to a photo on his medical school yearbook page.
The photo depicts someone in blackface standing next to someone in a Ku Klux Klan robe and hood. In any day and time, it is disgusting, and in contemporary history, it takes on an even more odious tone. I don’t intend to run for public office, but if I were to contemplate such a stupid idea, at some point during the campaign a photo of me in blackface would surface. It wouldn’t be a composite or Photoshopped, it would be the real thing.
If I were a seasoned politician I would be forced to hem and haw and muddle the facts and semi-deny, deflect, and generally try to change the subject in response.
“No, it wasn’t me, but if it was, I’m not responsible because I can’t recall the incident if it did indeed happen as portrayed.” Or something like that.
I’m not trying to be judgmental here but that is what they do, isn’t it?
I haven’t seen the photo in years but I can fairly well remember the circumstances, approximate date, location, and my companions. It is shameful on many levels.
At the end of the day, each of us has to own up to our self-inflicted wounds, errors in judgment, and a failure to look at the world through a larger lens. It’s part of growing up and understanding your place and role in society.


I haven’t seen the photo in years but I can fairly well remember the circumstances, approximate date, location, and my companions. It is shameful on many levels.
In our defense let me just say it wasn’t our fault. We were 8 years old and following the direction of our parents and Cubmaster and taking part in a Minstrel Show sponsored by T.L. Heaton School on McKinley Avenue, across from Fresno City College. There were no black kids at Heaton. It was 1957.

Without minimizing the humiliating image of young white kids in blackface in 1957, it doesn’t compare to the ignorance and overt racism of a 25-year-old medical student, on the verge of graduation in 1984. 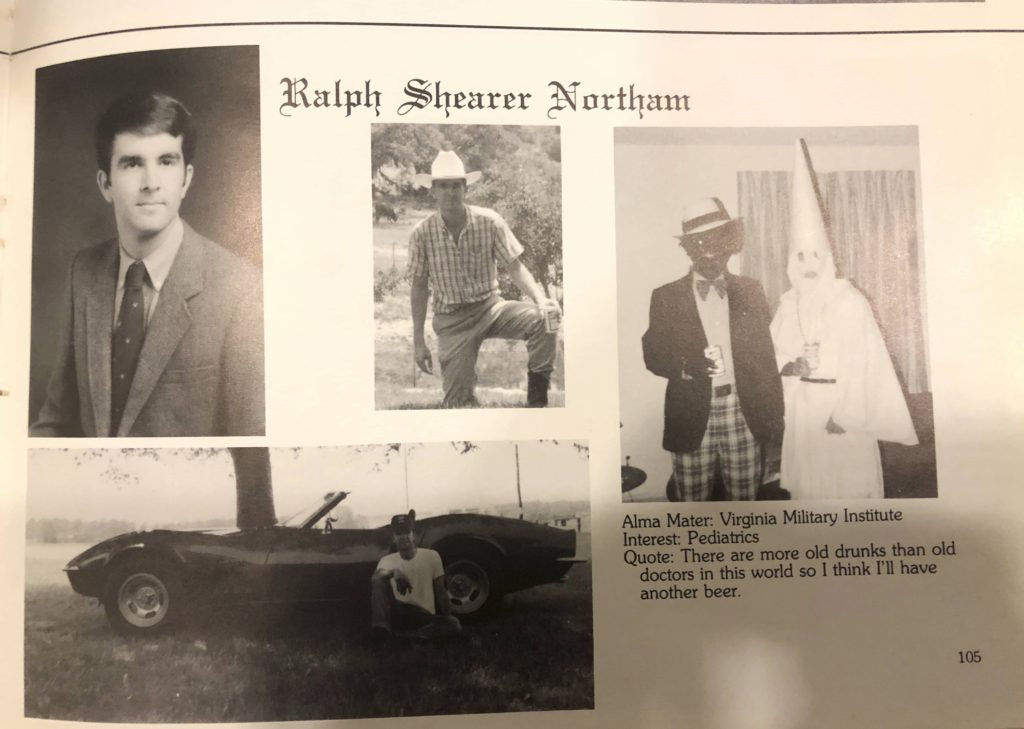 This image shows Virginia Gov. Ralph Northam’s page in his 1984 Eastern Virginia Medical School yearbook. The page shows a picture, at right, of a person in blackface and another wearing a Ku Klux Klan hood next to different pictures of the governor. It’s unclear who the people in the picture are, but the rest of the page is filled with pictures of Northam and lists his undergraduate alma mater and other information about him. (Eastern Virginia Medical School via AP)

One would expect that someone a with an undergraduate education focused on personal honor and discipline at the Virginia Military Institute, where blacks had been enrolled since 1968, to have a finer appreciation of how toxic those images are. He should have known better.

What Happened to My Cub Scout Buddies?

Who are those kids in the Cub Scout shirts and burnt cork smudged on their faces, white rings around the eyes, highlighting the deer caught in the headlight expressions, oversize red smiles exaggerating the stereotype?
They all were, and I presume are, good people. Not surprisingly the options we chose as young men took us in many different directions, with few intersections or collisions.
Last I heard Jimmie played piano semi-professionally, but that was a few years ago. Kenny ended up flying helicopters for the Air National Guard but he must be retired by now. Mike did a hitch in the Coast Guard at a remote Alaskan base, and ended up in law enforcement. Wayne moved to New York when his dad went to work as an anchor for NBC, and Danny is a professional photographer. I don’t know what happened to Ron after school.

Who is in that Eastern Virginia Medical School yearbook photo?
Dr. Ralph Northam, on whose page the photo appears, graduated medical school in 1984 and entered the U.S. Army where he perfected his skills while fulfilling his residency, leaving after eight years as a major in the medical corps. He spent 15 years as a pediatric neurologist in Virginia and began his political career in the Virginia state Senate in 2007.
Some thought Barack Obama’s election as President in 2008 signaled a crossing of the Rubicon in America race relations. Today, public expressions of ignorance and intolerance, including the mocking those with physical disabilities, have become unacceptable to a majority of our fellow citizens. Sadly, these public manifestations of fear and hate still ransack our national character and force us to confront the uncomfortable truth that this fear and hate are like an infection that left unchecked, destroys the host. Charlottesville.


As to that old photograph of a group of 8-year-olds in blackface, unfortunately, we hadn’t learned any better by that point in our lives. But I hope that each of us has admitted, at least to ourselves, that it was wrong, it strikes at the very core of who we are, and diminishes weakens our moral authority.
And just when you think you’ve heard it all, comes the announcement today by Virginia’s attorney general, Mark Herring, admitting that he too dressed in blackface in 1980 for a party when he was a 19-year-old college student. Herring is second in line for the governorship behind the lieutenant governor, who has his own set of problems.

As to that old photograph of a group of 8-year-olds in blackface, unfortunately, we hadn’t learned any better by that point in our lives. But I hope that each of us has admitted, at least to ourselves, that it was wrong, it strikes at the very core of who we are, and diminishes weakens our moral authority.
I don’t know if any of the others think about that picture, but it is among the countless little bits and pieces of me in my mind that constantly ping their location, reminding me that doing the right thing should never be a struggle, but the first choice.
I know better, now.

Jim Doyle of Fresno is a freelance writer and veterans advocate.