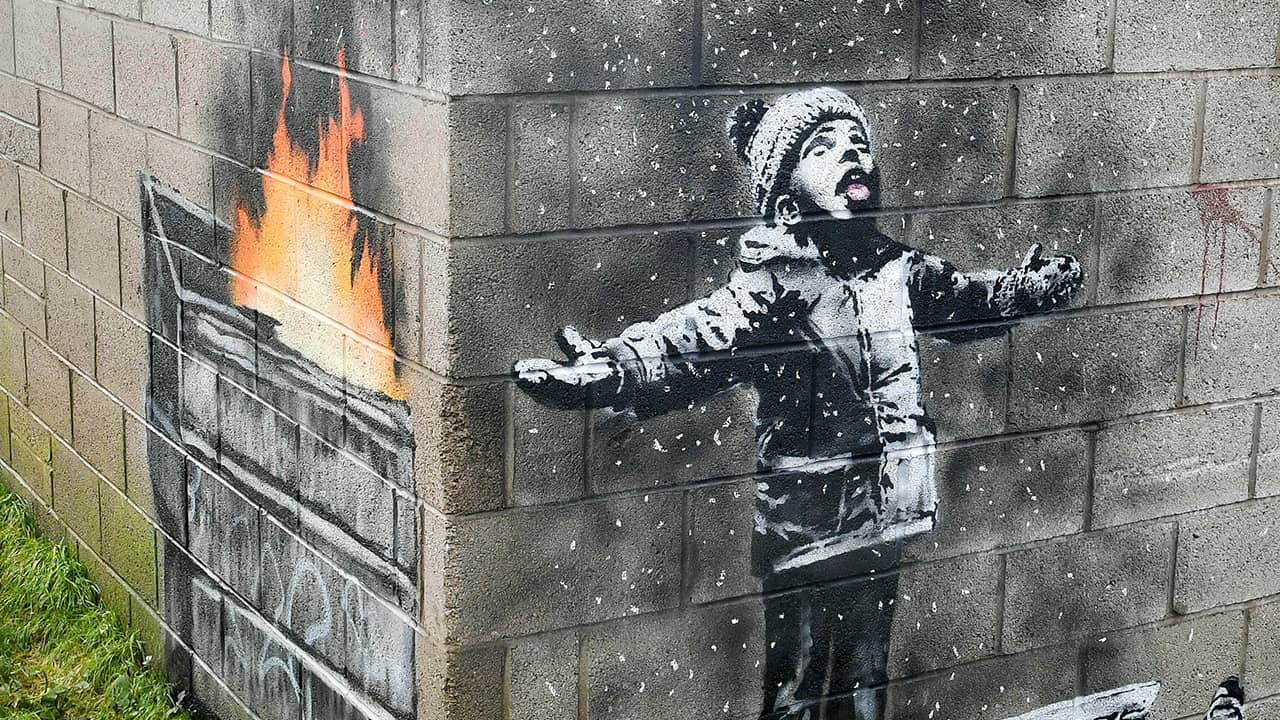 LONDON — A British art dealer says he has bought a mural stenciled by street artist Banksy on a garage wall in Wales for more than $129,000.
The artwork in Port Talbot shows a child playing in falling ash from a dumpster fire, an apparent reference to the steel town’s air pollution.
Security guards were hired to protect the work after it appeared in December on a steelworker’s garage.
John Brandler of Brandler Galleries in eastern England said Friday he has agreed that the mural will stay in place for at least two years.
He said “I want to make Port Talbot a go-to place rather than a go-from place. Within a short time I’m thinking of bringing five or six more Banksys to Port Talbot. Let’s do an exhibition.