“These projects (will) bring state-of-the-art buildings and programs to the lives of our students and their families.” —SCCCD Chancellor Paul Parnell
“There are going to be an array of projects … going on in the next couple of years.”
That may be a bit of an understatement.

Voters approved SCCCD’s $485 million bond, known as Measure C, in June 2016. Two-and-half years later, the sprawling district has $75 million worth of projects in the pipeline and many more on the drawing board. Officials say a plethora of new facilities funded by the measure, augmented by millions of dollars from other agencies, will enhance local education, transform neighborhoods and communities, and boost the Valley’s economy.
“These projects (will) bring state-of-the-art buildings and programs to the lives of our students and their families,” SCCCD Chancellor Paul Parnell said.
Despite the promises, however, Measure C has its critics. Fresno businessman Tal Cloud opposed the measure and said backers of the bond were not truthful when selling it to voters.
“The ballot title ‘Local Community College Classroom Repair and Job Training Improvement Measure,’ offers broad platitudes and general references to projects and job training goals,” Cloud said. “What they’ve sold and what they did are two different things.”

Christine Miktarian, vice chancellor of operations and information systems for SCCCD says the benefits are real. “(Measure C) is allowing us to provide students with state-of-the-art facilities, a better-prepared workforce for local employers and graduates who are prepared to compete in the global workforce,” she said.
In the near-term, the spending will also provide a further boost to the area’s already strong construction sector, says a local economic development official.
“The economic impact of $485 million in planned projects cannot be understated,” said Will Oliver, director of business services for the Fresno County Economic Development Corporation. “Over the next several years, we believe Measure C could support nearly 3,900 construction-related jobs and have an economic impact of $658 million on the local economy.”


Related Story: Half Billion Dollars Might Not Fulfill SCCCD Promises

Madera center’s new 11,716 square-foot Ag and Technology center will be the first of more than a dozen Measure C projects to come out of the ground. Scheduled for completion in Spring 2020, it will provide the center’s students with additional learning spaces and labs for courses in technology maintenance, agriculture, welding, and plant science. A $6 million Ag and Technology center, under construction at Madera Community College Center, is scheduled for completion in Spring 2020. (SCCCD rendering)

In addition, the $6 million project “will allow students in certain ag and tech disciplines the ability to graduate from Madera Community College Center without having to take classes at the other SCCCD campuses,” Miktarian said.
Preparations are also underway for a future $35 million academic building to serve the campus’ 5,000-plus student population, Miktarian said. The academic facility and the Ag and Tech center will allow SCCCD to upgrade the Madera campus from an “educational center” to full college status in the future, officials say. 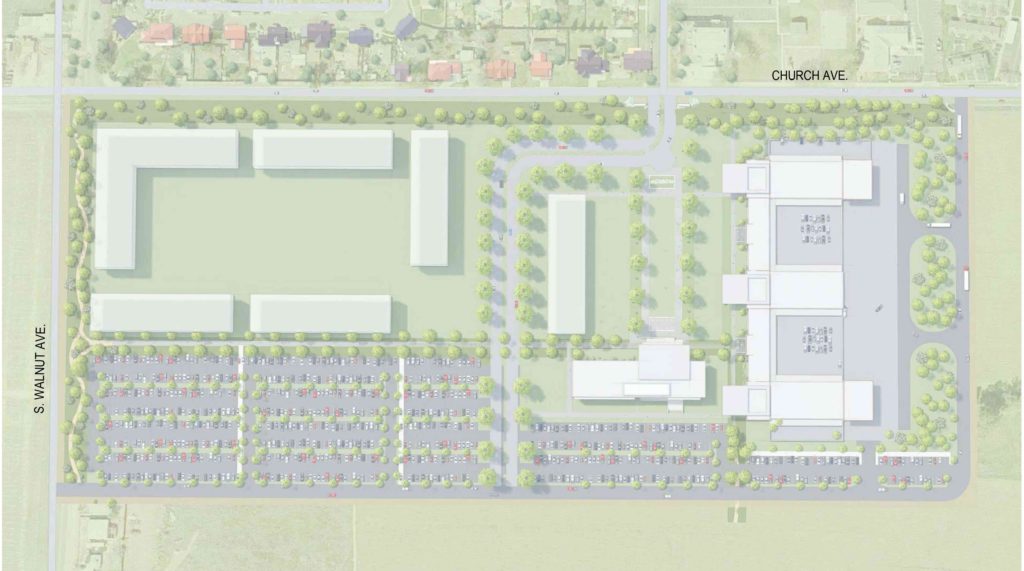 Over $89 million in Measure C and other funds will result in a new FCC center in west Fresno across from Gaston Middle School. Construction is scheduled to begin in 2021. “For many years, the fire and police academies have served as the primary training academies in the Central Valley. They have outgrown their existing facilities and need a permanent home.” —  George Cummings, director of facilities planning and construction

By late 2022, a new first-responder training center in southeast Fresno should be operational. The $45 million center will be home to FCC’s fire and police academies, both of which are among the most impacted programs at the school, officials say.
“For many years, the fire and police academies have served as the primary training academies in the Central Valley,” Cummings said. “They have outgrown their existing facilities and need a permanent home.”
Goldsmith said finding the right property is taking longer than expected, but she is hoping to complete land acquisition in early 2019. In addition to training prospective police officers and firefighters, the center will also support an Emergency Medical Technicians (EMT) program.

$70M Science Building Will Give Blackstone a Facelift

With construction on FCC’s new science building set to begin in January 2021, the district hopes to have it ready for classes in spring 2023, Miktarian said. The new building will  replace the district operations office along Blackstone Avenue. Construction is expected to begin in 2021. 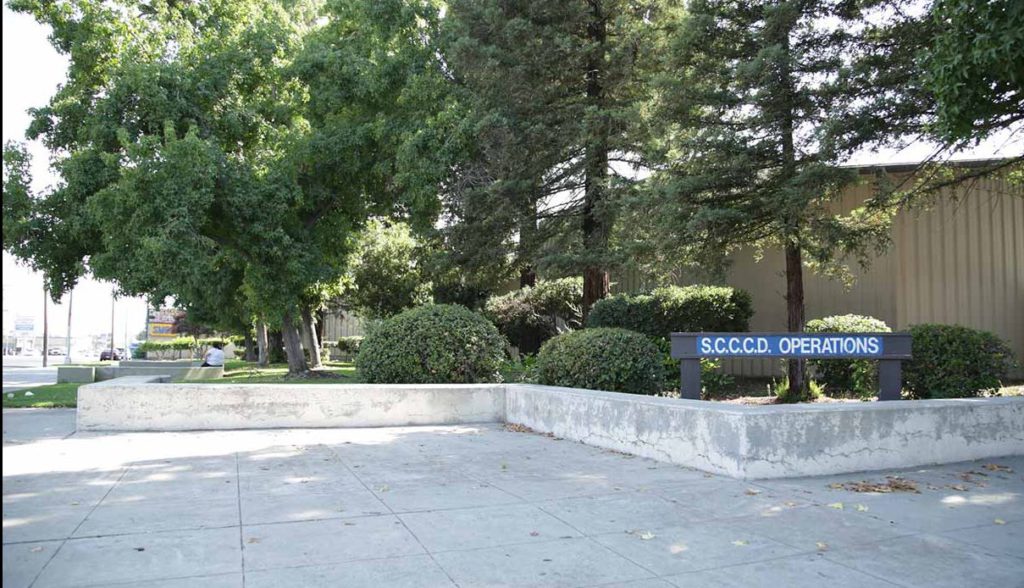 The science building will give an updated look to the school’s Blackstone Avenue frontage between Weldon and McKinley, though the final design has not yet been determined. Among other features, it will house state-of-the-art labs for the biology, chemistry, engineering and physics departments.
Cummings said the original science building in the interior of the campus was constructed in 1973 and has outlived its usefulness. “The amount of laboratory space is inadequate for the levels of enrollment in the science disciplines and many of the computer laboratories need to be equipped and arranged in a manner to support multiple disciplines.”

Miktarian said the district is looking at various options for addressing well-known parking problems at Fresno City College.
In March, SCCCD bought the historic Guarantee Building and a nearby parking garage in downtown Fresno for $10.6 million. The purchase will allow district personnel to be relocated, freeing up on-campus parking spaces for students and faculty. Additionally, Miktarian said SCCCD has purchased two small lots adjacent to the current district office.
District officials say they are exploring other solutions, including the possibility of building a parking structure in the future, but have made no decision at this point.
“We have performed a parking study through a 2018 facilities master plan process to determine how many stalls we should expand parking into to better understand our final goal,” Miktarian said. SCCCD’s Oakhurst College Center will move to a new location in the mountain community once a $25 million construction project is completed.

In Oakhurst, work continues on preparations for a permanent community college center on a 30-acre site north of Highway 49.
The $25 million project, currently in the design phase, will replace the existing, temporary Oakhurst center located on Civic Center Drive.
When completed, the project will allow for the expansion of academic programs and offer dual enrollment opportunities to help students in the remote, mountainous area complete more of their degree requirements nearer to home.
SCCCD anticipates completing the Oakhurst center in time for the 2021-22 school year.

At Reedley College, Interim President Donna Berry said she expects to break ground on its $20 million Math, Science and Engineering building this year. The building will replace Reedley’s existing facility, including dental labs which are more than 40 years old.

The project will provide a new large group instruction classroom, faculty offices, and on-campus lab space for the college’s nursing program. Berry hopes the building will be ready for students by 2022. 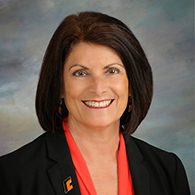 Reedley College is working simultaneously on developing a long-planned Center for Fine and Performing Arts. SCCCD has allocated $20 million in Measure C funds for the project. Berry said public donations will provide additional funding. Officials say the district has received a $1 million contribution from an alumnus of the college.
Cummings said the new facility will meet modern-day curriculum demands and serve as a visual showcase of student and community work. It will include permanent seating, an art gallery, lobby, concessions, a green room, meeting space, restrooms, and a box office.
The project is in the initial design stage and Cummings said he anticipates breaking ground in 2021. The college expects to open the center by early 2023.
Reedley College is also preparing for development of a $21 million Ag Research Complex. Cummings said the current ag facilities have exceeded their life expectancy and are outdated in today’s highly technical environment. The project is vital, Cummings said, considering that agriculture is the leading industry in the Central Valley and Reedley College’s Ag and Natural Resources program is the No. 1 post-secondary program in the state.
School officials say detailed planning should begin in 2021. SCCCD has allocated $70 million in Measure C dollars for expanded Career and Technical Education facilities at its fast-growing Clovis Community College campus. Construction of the first phase of planned upgrades is scheduled for completion by 2024.

Clovis Community College has been allocated $70 million in Measure C funds for expanded Career and Technical Education facilities at the North Fresno campus.
The goal is to enhance student services and classrooms by building an applied technology center to house new CTE programs. Offerings include advanced manufacturing, healthcare, and technology along with environmental science, graphic arts, design, and digital media.


Related Story: As Clovis Booms, So Does Clovis Community College

“The project addresses the need for specialized laboratory space to address the demand for training in environmental technologies, water, and wastewater technologies, food processing technologies, and electro-mechanical technologies,” Cummings said.
SCCCD hopes to leverage the Measure C dollars to secure additional funding from the state. If approved, Miktarian said, CTE facilities at Clovis Community would be built out in two phases, with design work beginning later this year. The hope is to start construction in 2022 and complete the project in 2023-24.