Cox (D-Fresno) spoke to the media Thursday on Capitol Hill, flanked by seven other lawmakers, including Jim Costa (D-Fresno).

“I have farm workers in my district that are unable to get the funding they need to keep their farms open. I have 250 federal prison workers in Mendota, who are putting their lives on the line, in a dangerous line of work, who don’t know when they’ll see their next paycheck,” Cox said.

Costa blasted the White House for the shutdown.

“For the president to manufacture this crisis, for a political purpose for his border wall is just inappropriate. And harmful,” Costa said.

The bill would offer employees zero-interest loans of up to $6,000.

Cox’s bill comes as the U.S. Labor Department is reporting that the number of furloughed federal employees seeking unemployment benefits has jumped. Fewer than a thousand per week applied before the shutdown. More than 10,000 applied the week ending Jan. 5.President Donald Trump signed legislation Wednesday to guarantee employees will get back pay when the shutdown ends. But that also means those who collect unemployment to survive the shutdown will have to pay back the money.

Federal employees not receiving paychecks because of the government shutdown will receive some help from the city of Fresno.

The city already offers a hardship program for those who need help paying utility bills. The city wants federal workers to know that the program applies to them as well.

“We’re happy to defer their utility payments for as long as the federal shutdown lasts and will set up a payment schedule that will get them caught up once they’re back to work,” city spokesman Mark Standriff tells GV Wire.

For more information, the utilities billing department can be reached at 559-621-6888. 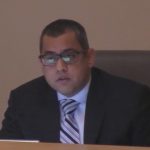 “I believe it could have been handled and managed differently, in a way that didn’t result in litigation but engaged the residents that are impacted by these projects. For that, I personally apologize for the experience many of our District 3 residents went through.”—Fresno City Councilman Miguel Arias

But, environmental groups and neighbors filed a lawsuit, backed by state Attorney General Xavier Becerra. They claimed the city failed to undergo a proper environmental review.

Caglia asked the city to pull the plug. He told GV Wire last week he is evaluating his options.

While the vote was a foregone conclusion, new councilmember Miguel Arias questioned city staff about future projects in the area, an industrial area known as the Reverse Triangle.

“I believe it could have been handled and managed differently, in a way that didn’t result in litigation but engaged the residents that are impacted by these projects. For that, I personally apologize for the experience many of our District 3 residents went through,” Arias said.

Development director Jennifer Clark said that the city hired a consultant to conduct an environmental impact report for that region, which should be completed in the next year.

She said the process will engage the community, something Arias said the city failed to do adequately the last time around.

Clark did not have an immediate answer on projects slated for the area.

Can beer be made with fruit, honey or sugar?

Proposed by Assemblyman Tom Daly (D-Anaheim), it would add those three ingredients to the state’s legal definition of beer, which includes barley, malt, and hops.

“The creativity of California craft brewers has resulted in a variety of complex and interesting beers, including many which utilize different types of fruit. These beers are often packaged in larger bottle formats and sold to appreciative beer consumers at a premium price, similar to that of wine,” Daly said.

“Although this is a technique that is used by many craft brewers in California, state law hasn’t specifically allowed the addition of fruit during the fermentation stage in which alcohol is derived.”

Mike Faul, owner Rabbit’s Foot Meadery in Sunnyvale, wonders how this will comply with federal law which classifies mead, an alcoholic drink of fermented honey and water, as wine. He opposes a change in state law.

“Changing the definition of beer might allow a brewery to produce a beverage exclusively from honey or sugar as there is no consideration for any requirement of grains to be part of the product produced,” Faul said.

“In our opinion, it would be better to follow the federal definition which includes fruit, honey, and natural sugar as either an addition or an adjunct.”