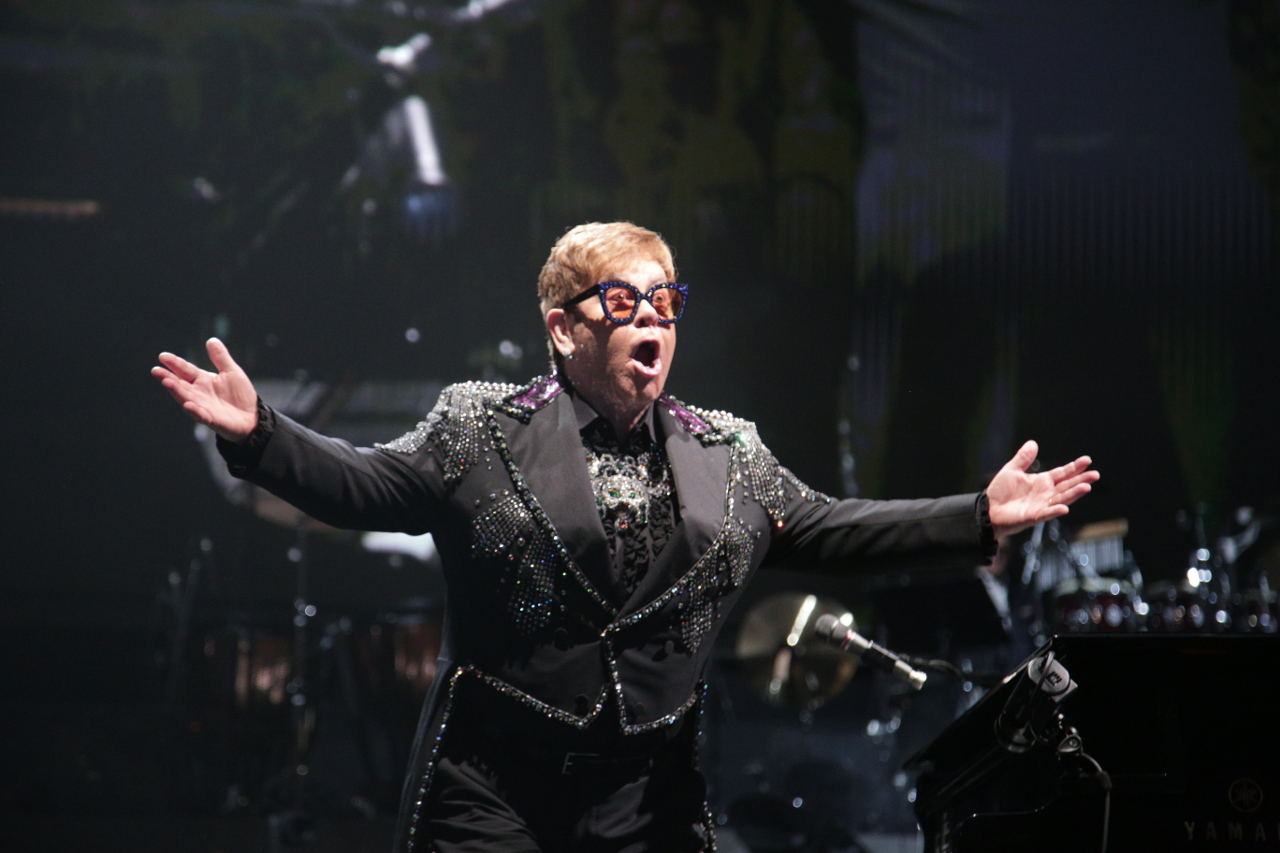 Elton John played the hits Tuesday (Jan. 15) night, in what he told the adoring Save Mart Center audience would be his last show in Fresno.
The musical legend is in the midst of a 300-show, three-year world “farewell” tour, entitled “Farewell Yellow Brick Road.” The packed house appreciated the chance to catch the icon one more time.

Make no mistake, Elton was great and gave the fans exactly what they wanted. He engaged with them, and they sang and danced along to 24 of his songs in a three-hour set.
But, it only took archival concert footage that played on the massive floor-to-ceiling screen to see that Elton John was once much cooler in concert.
The downside of being a 71-year old musician touring for nearly 50 years is that you look like a 71-year old musician touring for 50 years.
There was no dancing on the piano, or using it as an exercise prop. No wild dancing on the stage. The performer mainly stayed at his Yamaha piano, occasionally rising to cheerlead or thank the crowd. It appeared Elton had a hitch in his gait, walking gingerly on the stage.
John, known for his wild wardrobes on stage, limited his fashion choices to four costume changes — a black and purple sequined jacket with purple glasses; floral jacket with pink glasses; and a blue kimono with heart glasses worn during the encore. As he exited stage for the final time, Elton took off the Kimono to reveal a warmup suit.

Elton and his six-member band began rather punctually, just a few minutes after 8. The fans stayed on their feet for the opening two numbers, “Bennie and the Jets” and “All the Girls Love Alice.”
Throughout the performance, John told anecdotes about his career and his relationship with lyricist Bernie Taupin. “We never wrote a song in the same room. That’s why we lasted so long,” he said before playing “Indian Sunset.”
He told the audience that Fresno was one of his first stops when he began touring in the early 1970s. Alas, he said this would be his last Fresno performance. Fresno was the 34th city on the North American leg of the farewell tour.
The longest jam of the night was for “Levon,” which got the fans rocking.
He concluded the evening with a string of hits. Most of the audience, which skewed north of 50 years old, sang and danced along to “The Bitch is Back,” “I’m Still Standing” “Crocodile Rock,” and “Saturday Night’s Alright for Fighting.”
John and the band came back for an encore with “Your Song,” and “Goodbye Yellow Brick Road.”
During the show, Elton never got political per se. He did tie in “Believe” to the AIDS charity he started in the 1990s. He noted that there is plenty of hate in the world today, without being specific. But, love conquers all, John said. 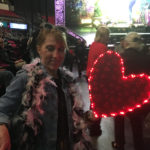 “This is my weakness. Price is no object.”—Elton John fan Sue Graham
To be sure, some fans dressed up in the requisite Elton John garb:  sequined jackets, wild glasses, and feather boas.
Sue Graham drove down from Oakland to catch the show, her 15th Elton John concert by her estimation. She said the $300 floor tickets, a bargain in her estimation, were worth the trip. She also plans catching him in Oakland and San Jose.
“This is my weakness. Price is no object,” Graham said, waving a homemade lighted heart sign.

According to the webstie setlist.fm, John’s songs on this tour have remained constant and in the same order during his farewell tour.

IMG_7321 Elton John at piano for web
Elton John performs at the Save Mart Center in Fresno on Jan. 15, 2019 (GV Wire Photo/Jahz Tello) 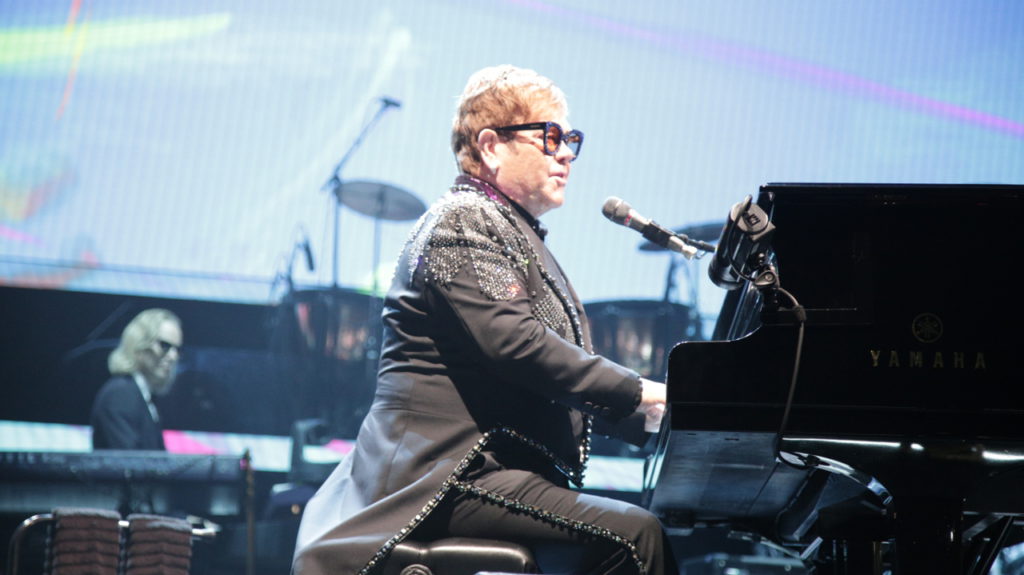 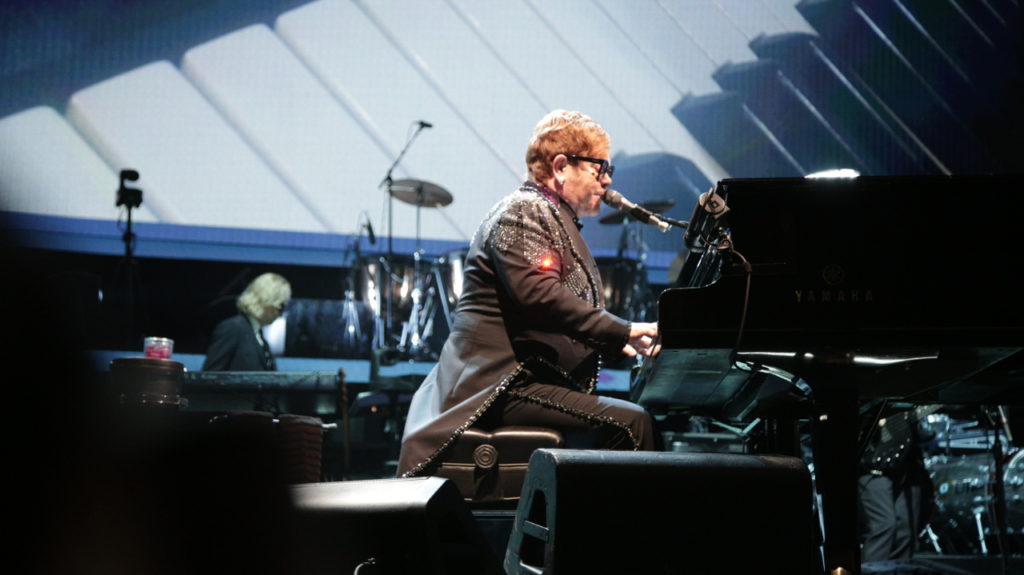 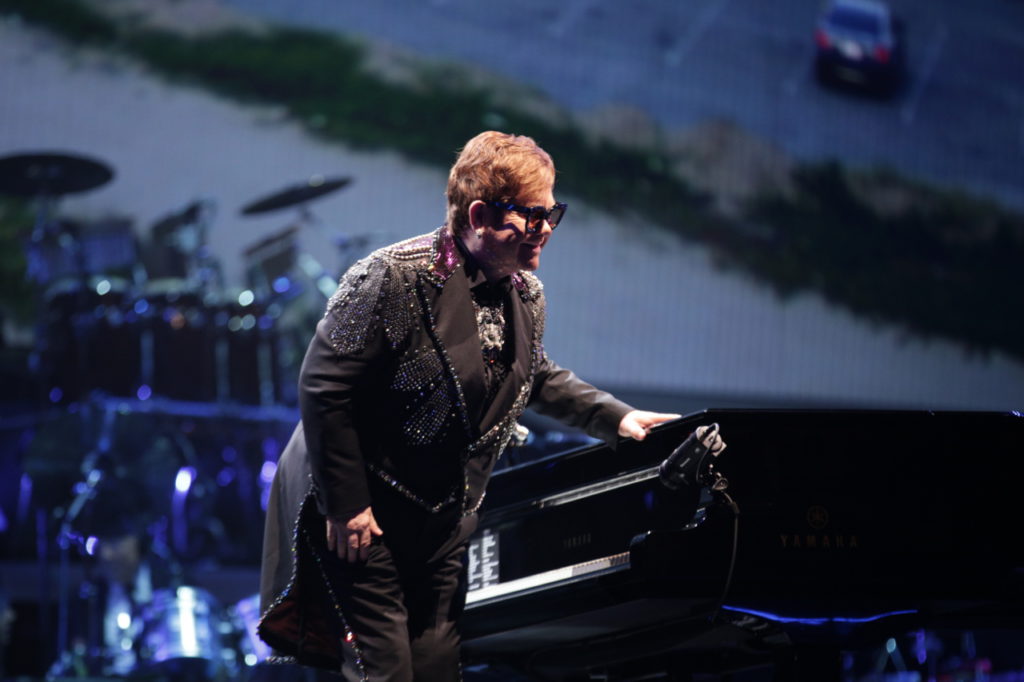 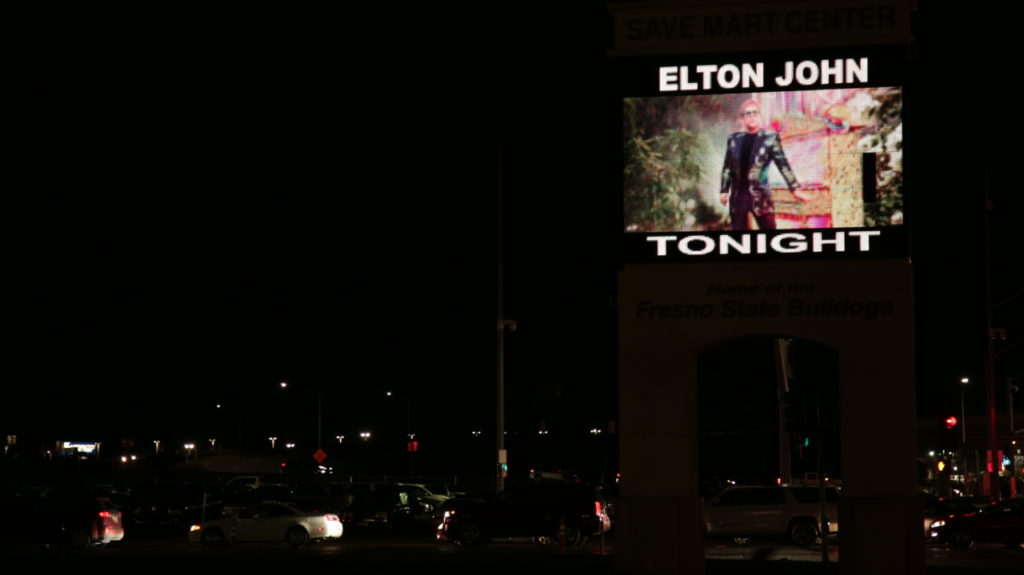 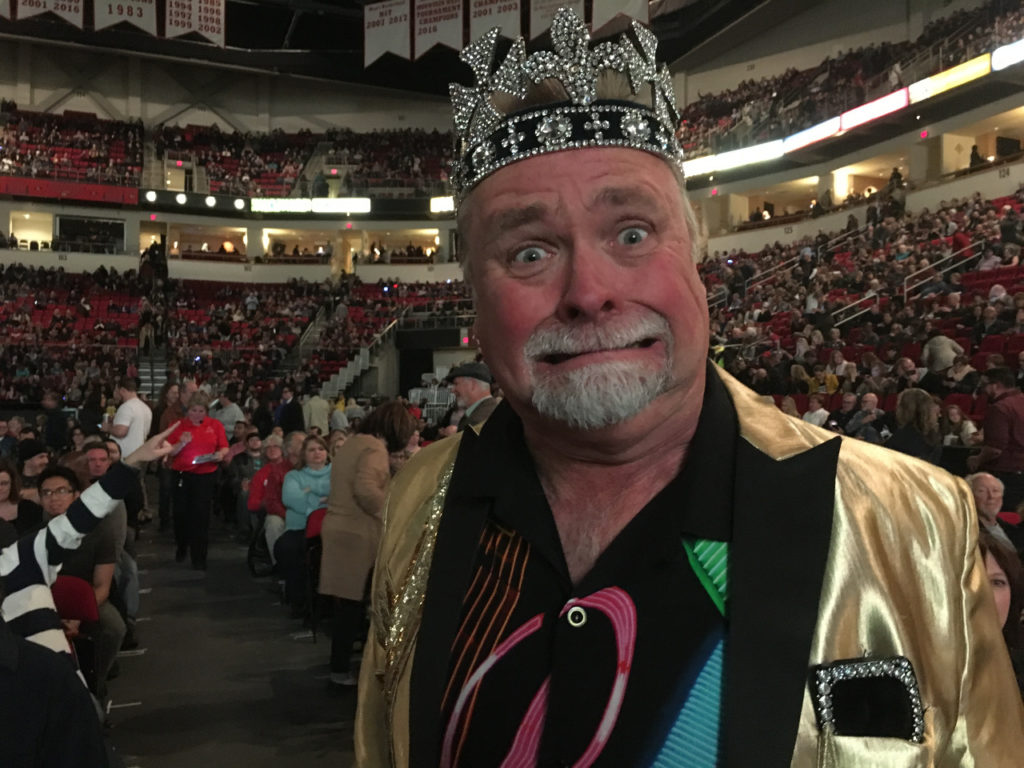